What Eleven Inches of Rain Did Last Week in Houston, Texas

Most often they are welcomed for what they do to replenish the ground with needed water so that the Spring flowers and other plants can flourish.

It also helps to supply our sources of drinking water whether gleaned from underground or surface areas.

It was not long ago that Houston was actually running behind in our normal rainfall for the year and we needed more. In fact much of the State of Texas still needs rain and west of here numerous areas are suffering from drought conditions.

The topography of Houston is very flat and we are not very much above sea level. In addition to man made drainage systems, we have a number of bayous that run through various sections of this city and serve to catch excess rainwater. All that water eventually drains into Galveston Bay and then the Gulf of Mexico.

Late last week we had a rain event which brought over eleven inches of rain crashing down from the sky in monumental proportions. It happened in a matter of a little over three hours. Many people were awakened during the night due to the thunderous noise.

The rain gutters could not handle the deluge and I was looking out of our back windows at 2:45am at the mess the pouring rain was making in my newly planted flowerbed. We keep our backyard lit with floodlights during the night, so it was easy to see the destruction that this flood from the skies was creating.

Little did I know that a mere three miles east of us, portions of our old subdivision were literally flooding. People were getting anywhere from soggy carpet conditions to two and three feet of water in their homes!

Location of much of this devastation... 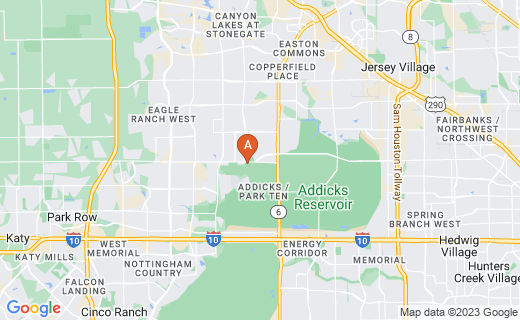 Had my mother still lived in her old home, she would have suffered the fate of having about a foot and a half of water in her home. The neighbors on either side of her and across the street had even more water in their homes!

Driving through the subdivision today we saw mounds of sheet rock, lumber and carpeting piled curbside. In addition were refrigerators, hot water heaters, sofas and chairs and possessions of every sort making mountains of trash in front of countless homes.

It was a sad sight indeed!

We had some friends over for supper last night who happen to live one street over from where my mother used to live. All the sheet rock has been torn out of their home from the floor going up to about two feet. Dehumidifying fans are humming in all parts of the house and the white dust from the cut sheet rock is everywhere.

All their appliances no longer work. Much of their overstuffed furniture will need replacing. Water got in the car and that will need servicing.

Contractors trucks can be seen everywhere.

Our friend carried flood insurance and all we can hope is that most of the rest of the homeowners also took out flood insurance. Mind you.......this is NOT in a designated flood zone where that insurance is mandatory.

But we have learned in living here that literally any part of Houston can flood when we get torrential rains that disgorge that much water in a limited time frame.

Protect your home from flooding (While this video comes from the UK, many of the same principles apply.)

A tropical storm named Allison flooded the Texas Medical Center several years ago where much damage was done. Basements flooded and equipment was destroyed costing millions of dollars to replace and/or repair. Many lost hours of research that could have potentially helped to save lives was also decimated by the flood waters.

Only people who have suffered the fate of what flood waters can do to a person's home and possessions can truly empathize with others suffering the same fate.

It happened to my parents when I was in my late teens. In the aftermath of Hurricane Beulah, my parents had about 2 1/2 feet of water in their home. They lost so much in the way of possessions. The worst part was losing irreplaceable family photos for us.

As long as lives are not lost, almost everything else can be replaced with time, money, effort, hard work and good insurance policies.

Back in the late 1960s my parents did not have flood insurance...so their losses were not covered by insurance. They had to take out a second loan on the house to be able to bring it back to a livable condition. Resources were stretched to the limit for quite some time.

What strikes me about disasters is that it always creates not only havoc for the people withstanding the mess and losses...but it creates work and income for others. On the one hand, people lose and on the other, people gain.

Just think of all the building materials that are going to have to be acquired and utilized by contractors hired to rebuild those homes. Furniture companies will suddenly get more business. All types of supplies will have to be purchased to replace lost items. Everything from cleaning supplies to clothing to bedding to groceries will need replacing. New appliances will be ordered and delivered.

Cars will be salvaged or replaced. Rental car agencies are swamped with local business right now! In fact it is hard to find a car to lease.

We were so fortunate to have escaped Nature's wrath this time. It would have been very hard for my 83 year old mother to have dealt with this disaster had she still been living in her old home...especially having just lost her son (my brother) a week earlier. I am happy for her that she did not have to endure this hardship, but sad for those who are now suffering.

This is a good lesson! We should take each and every day and be grateful for what we have. One never knows when it might be snatched away. That goes for not only possessions, but more importantly the pets and especially the people in our lives.

Life can be smooth sailing but at other times rough and stormy seas are encountered.

Eleven inches of rain in parts of Houston changed people's lives drastically and very quickly in the dark hours of the night.

Since first writing this post we have suffered more devastating floods in Houston. In fact just this year of 2016 we had the "Tax Day Flood" and the "Memorial Day Flood" where even more than 11 inches fell in many parts of our city!

We had 12 to 15 inches in our area in a matter of 4 to 5 hours! Major roads in and out of our particular locale were closed for weeks! That is because they go through the Addicks Reservoir which was built to retain flood waters keeping downtown Houston from flooding.

We had several friends of ours affected by the floods this year. Once again they are in the process of rebuilding their lives.

One friend is seriously considering getting some type of raft or other device which could enable her to escape should her area flood again. The rains came at night and by the time she discovered the problem she already had several feet of water in her home. Her car was ruined so that was no means for escape.

She had called 911 but they were too busy rescuing others. Crawl up in your attic was their advice if the water got too high. Believe it or not she was rescued by a friend who owned a jet ski. The water by that time was around 3 feet high in her home! Others on her street were rescued by people with boats.

Intex Explorer 200, 2-Person Inflatable Boat Set with French Oars and Mini Air-Pump
This is the type of craft our friend intends to purchase.
Buy Now

Some homes that had never previously flooded did so this year! Obviously we cannot control Mother Nature but some things can be changed.

Our bayous need to be widened in areas and better drainage plans need to be executed. All of this will take time and money. As our large metropolitan area keeps growing some thought needs to be given to not covering it all with concrete. We need more green spaces where water can be absorbed.

This hurricane is going to be hitting the Texas Gulf coast later today, August 25, 2017. The winds and tides have already picked up. It is predicted to be a category 3 hurricane by the time it hits land around Corpus Christi.

As if that was not bad enough, a front will keep it stalled for many days in our part of the state. It may even dip back into the Gulf.

Here in Houston it is predicted to be a major flooding event with over 20 inches of rain predicted over the course of several days.

Many homes that have previously flooded will probably flood again. Others that have never been flooded may be water soaked this time. Please keep everyone in your prayers!

Do you suffer from frequent flooding problems where you live?