What is the GTA (Greater Toronto Area)?

Laura has been photographing historical, abandoned, and rural ruins in Ontario since getting her first digital camera in 2006.

Currently Metropolitan Toronto includes a lot of other small cities and towns. Metropolitan Toronto now reaches out to areas beyond the original borders and far beyond it's own city limits. This large mass of area has become known as The Greater Toronto Area - the GTA for short.

I never quite liked the loss of identity from our smaller town, forgotten in history. Port Union lost it's place on the map and become a non-town. If you drive out there you can still find one long street named Port Union Road, but that's all you will find remaining from the early days of the area being independent from the suburbs of Toronto.

However, that's how big cities grow. Toronto has grown a lot from the days of being known as York (Muddy York) over 100 years ago.

The GTA combines the regions of the City of Toronto, York, Durham, Peel and Halton.

I don't live in the GTA now. I moved farther north and I live in Simcoe region, just outside the reaches of the northern part of the GTA. Someday this may become absorbed too, but I'm pretty sure that will be far into the future. Not everyone is eager to move farther north after all. Most of the population density seems to be heading east and west of the Toronto area. 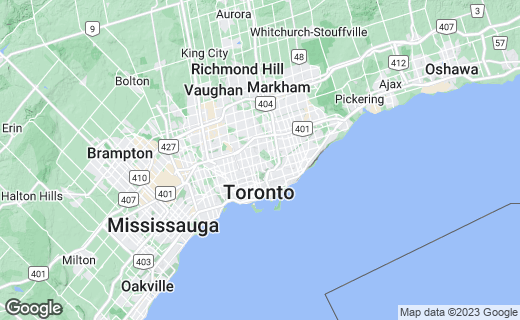 The History of the GTA - The MegaCity of Toronto

In 1998 the sprawling suburbs of Toronto: York, North York, East York, Scarborough and Etobicoke became part of the municipality of the city of Toronto. The megacity, The Greater Toronto Area came into being. Toronto became the largest city in Canada and the fifth largest in North America.

The addition of Halton, Peel, York and Durham is unofficial, as far as I can tell. Sometime after the forming of the megacity people began referring to locations by how far they were from Toronto. For instance, if you were thinking to drive out to Richmond Hill from Toronto you decide it's not too far because it's still in the GTA. But, if someone is thinking to drive out to Barrie, they might rethink it. Barrie is outside the GTA, at least another half hour drive.

The whole GTA thing is usually a way of measuring the distance of any place from Toronto. "How far is it, is it still in the GTA?" When you meet people online and think about getting together there is an imaginary line around the GTA and few people want to cross it. If you are in the GTA you think anything outside of the area is too far. If you are outside of the GTA you think about driving through the GTA traffic and usually look elsewhere to meet people.

Get Around the GTA on Public Transit

Trails in the GTA

Tourist Attractions in the GTA