What was a luxury hotel like in Budapest 100 years ago?

Its first owner based his new establishment on the English model. The hotel was fitted with the latest amenities: the rooms had running hot and cold water, steam and water-based central heating, and a central vacuum cleaning system were installed which was extraordinary at the time. Above the doors to the rooms special lights were fitted for calling room service. 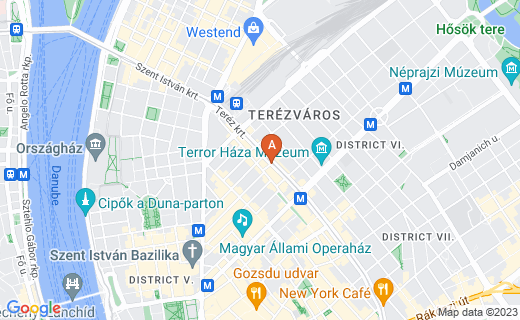 After completing several months of work, the Radisson Blu Béke Hotel have opened its refurbished community area on April 20, 2018.

Couches were covered with first class Persian rugs, the hotel hall received bronze chandeliers, while the yard was covered with a heated, double roof made of glass. The restaurant was located underneath this roof, with large wall mirrors reflecting the light of the Venetian chandeliers. Thus it is no wonder that the hotel soon obtained a significant number of regulars, despite the fact that the year of the opening was characterized by great economic competition.

Why is the Grand Boulevard of Budapest so important and how far does it go?

The Grand Boulevard of Budapest, opened in 1896 to commemorate the 1000th anniversary of Hungary, touches the Danube at both ends. Nagykörút, its Hungarian name, is a collective name, because this road actually comprises several roads: Szent István körút, Teréz körút, Erzsébet körút, József körút and Ferenc körút.

This semicircle continues on the Buda side, runs through Margit híd (Margaret Bridge) in the north and is completed by Petőfi híd (Petőfi Bridge) in the south. This is the city’s longest thoroughfare, measuring more than 4 kilometres between the two bridges. Its historical importance originates from the fact that the Grand Boulevard of Budapest connected parts of the city that had previously been separated.

A couple revived the hotel

In the years prior to WWI tension on the international financial market brought about constraints. The founder of the hotel could not tackle these difficulties and was forced to sell the building. In 1925 the hotel changed owners yet again: Max Meinhard and Herbert c. Cann, British citizens bought the hotel and set up a public limited company called Budapest Hotel PLC, to uphold the Britannia. However, neither them nor the director of PLC spoke Hungarian so they charged Aladár Németh and his wife, former tenants and directors of the Golden Bull Grand Hotel (Arany Bika Nagyszálló) in Debrecen, with running the Britannia.

From that point on the story of Britannia changed radically: not only did the couple run the hotel, but they also lived there. There was a special charm about them, they loved and attracted artists. The halls of the Britannia were for example designed and decorated by only one painting teacher, Jenő Haranghy, who also became a close friend of them.

The worldwide economic crisis started in 1929 and as a result people’s need for luxury decreased. As a reaction the Németh couple established the Szondy Pub and Tavern (Szondy Söröző és Borozó), which was meant to represent the bourgeois standard.

The pub had its entrance from the Szondi street and became immediately popular with both Hungarians and foreigners. The rooms were decorated with historically themed murals and colorful glass windows, also the works of Jenő Haranghy. The fast achieved success of the pub gave incentive for further developments. The technical equipment was modernized and the number of en suites was doubled.

A favorite of famous writers: the story of a special room

The Nótás Étterem (Singing Restaurant) was soon completed, which was named after the stained glasses in the rooms that all refer to Hungarian songs. A similar addition was the “Móra room”, named after the popular Hungarian writer. Ferenc Móra, the famous writer was also a regular visitor at Britannia. He called the hotel his second home. He usually stayed in the same room, which is called the “Móra room”, decorated with the writer’s portrait and 12 original Móra quotes.

By that time, in the 1930s, Móra was already an acknowledged journalist, a prose writer and an archeologist as well: thus came the idea of burning the illustration of 16 Móra works into the wood paneling of his room, which he also signed just to be on the safe side. Furthermore, Jenő Haranghy’s vision was a stained glass portrait of Ferenc Móra decorating the place.

The Mora room was inaugurated ceremonially on December 12th, 1932 in the presence of Ferenc Móra and his family (including his wife Ilona Walleshausen, famous for her cookery books). All around the room scenes of Móra works was depicted.

In the 1930s almost a thousand various periodicals were published in Hungary. The Literatura (1926-39) for instance or Nyugat, the most prestigious from a literary-cultural perspective. The Opera House gave outstanding performances in spite of their economic struggles. In 1913, 100 cinemas were active in the capital, and in spring of 1931 the first Hungarian sound films were being recorded.

A saloon for the finest of literature

One of the peaks in the history of Hotel Britannia was the era when its banqueting hall, the Yellow hall, housed the Friends of the periodical Nyugat (Occident), an unparalleled literary-public series of events at Budapest.

On New Year’s Eve of 1930 Zsigmond Móricz, the well-known writer held a party at Britannia, joined by 120 co-workers at Nyugat, and their friends and family. The event was so grandiose that the greatest faces of the 1930s literatary scene didn’t stop partying until 5am.

On Mondays, psychologists gave presentations at the hotel. Tuesdays were dedicated to poets, Wednesdays were ruled by novelists. On these days, Britannia was filled with the words of the era’s greatest minds like Mihály Babits, Frigyes Karinthy, Dezső Kosztolányi, Gyula Illyés or Lőrincz Szabó. Thursdays were hosted by Endre Nagy. On Fridays, fine arts were in the spotlight with artists like Pál Pátzay, Róbert Berény (whose lost paintings were featured in the set of Stuart Little), Oszkár Glatz or Károly Kernstock. Saturdays were women’s nights with Ilona Kernách, Frigyes Karinthy, Gréte Harsányi, János Kodolányi and Vilma Medgyaszay.

The café and the dome hall completed

The colourful life of the Britannia became truly visible, when the front on the Grand Boulevard was accessible and the space was used to build a café. This project was bound to succeed as the café’s atmosphere closely belonged to the society and business life of the era. The walls were decorated with paintings on coffee and tea production.

The famous Dome hall opened in 1937, which was significant as Budapest at the time barely had any medium-sized function rooms. Aladár Németh and his wife opted for the state-of-the-art solutions: the double glass ceiling opened up to the starry sky by pushing a button, and they had a neon-lit underground garage built under the hall.

The hall was square, however, the dome towering above in the middle, especially when people were dancing and spinning beneath, created impression of a circle, which was strengthened by eight thick, green marble columns.

The walls were decorated with Jenő Haranghy’s enormous panel paintings depicting famous Shakespeare dramas like Measure for Measure, Romeo and Juliet, A Midsummer’s Night Dream, The Merchant of Venice, Twelfth Night or What You Will.

The four fireplaces of the hall were purchased at auctions in aristocratic mansions. One of the fireplaces was made of green grained marble, while the other three were made of white marble, decorated with copper plates, gilding and shields.

Unbelievable: the dome can be admired in our renewed café!

After the war, in 1949 the hotel became public property. All the money and time invested by the Némeths vanished. Nevertheless, many members of the staff remained, so the hotel operated continually. The Béke-dome was considered as a citadel for Hungarian popular music from the 1950s.

The beginning of the end for the dome hall was when – well after the war – the thick marble columns were replaced by thin ones in order to fit in more tables. This, however, disrupted the statics of the hall. Around 1981, during the renovation of the hotel, the dome hall was blown up due to safety reasons but the glass dome was miraculously salvaged.

The glass dome is now exhibited in the Zsolnay Café, located on the ground floor of the recently opened Radisson Blu Béke Hotel, where it can be examined up close. Moreover, it is already visible from the street, but the view is a lot more stunning if you enter the café (which has also been transformed and has become a truly friendly place) and look up.