Why Bismarck, North Dakota is a Great Place to Live

"Bismarck is about living in a community, not amongst strangers. It is an area with a family focus, a great park system and numerous opportunities for fun." Katie Moore Aitchison, Bismarck Mandan Chamber

Livability.com has ranked Bismarck, North Dakota number 51 in the top 100 best places to live in the United States. Besides having such a great ranking, Bismarck has also been dubbed, "The least stressful town in America."

Livability ranks American cities by looking at several factors, such as:

Livability also factors in the climate, infrastructure and crime statistics. The cities and towns they rank have a population between 20,000 to 350,00. In the past another poll conducted by CNN stated, "Bismarck is a safe, thriving community with so much to offer."

One other North Dakota city also made the top 100. Fargo, the largest city in North Dakota, ranks an impressive 22nd.

I have lived in Bismarck twice in my lifetime. The first time, I moved here from the Northwest corner of the state after finding my dream job of working at an agricultural publication. I was in my mid-twenties, single and lived with two other girls in a townhouse. At the time, Bismarck was an okay place to live.

Fast forward about five years when I found myself living in Bismarck once again. This time, the circumstances were much different as I was married and had a baby. We moved here from Watford City, which at the time had a population of 1,500. Our small community lacked resources needed for our daughter who had been born prematurely and was diagnosed with cerebral palsy.

We knew Bismarck was a great place for our daughter because she had been in the NICU there for about two months. We were really impressed with the care she received. We were equally impressed by the community's support, especially at the Ronald McDonald House where we practically lived for those two months.

Since living here for the past ten years, we have seen a wonderful and supportive community where the people truly care about each other. There are always community-wide benefits to help those who have acquired a large number of medical bills due to cancer treatments or extended hospital stays.

Bismarck is a supportive, caring community, that is also very family friendly. There are many parks, family attractions and events that allow for families to do things together.

Bismarck is considered to be conservative in its values. It's a city where people cause a ruckus about getting a local Hooters. People here have morals and are not afraid to stand up for them. For the most part, Bismarck is a community who is faithful to its religious traditions. Besides the hundreds of churches to choose from when it comes to finding a place of worship, there are also several ministry and non-profit organizations with which to be involved.

Community support is obvious during its annual fundraisers. It seems each year, the amount of money raised during fundraisers surpasses that of the year before.

Some local fundraisers include:

Another reason Bismarck is such a great place to live is because there is no shortage of entertainment. There is always something happening. There are several restaurants, bars, parks, shopping opportunities, historical attractions and recreational areas including the Missouri River.

There truly is a never-ending list of things to do in Bismarck. 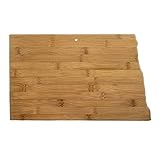