Why Russians Don't Smile in the Streets

Believe in her, if you are able...

"Russia cannot be understood by the intellect,
nor can it be measured by a common yardstick;
it has its own special form,
you can only have faith in Russia"

To my mind the best translation was made by Anatoly Liberman, published in "Russian Life" in the USA:

You will not grasp her with your mind
Or cover with a common label,
For Russia is one of a kind -
Believe in her, if you are able... 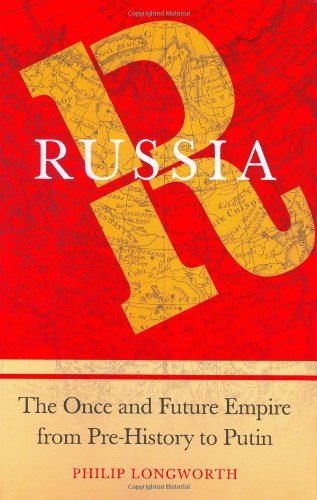 Russia: The Once and Future Empire From Pre-History to Putin
Buy Now

I came across a hub here, on Hubpages where an author shares her experience from her first short visit to Russia. Her description of Russia and Russians is very true and realistic, but it is just an outer sight of a deep and controversial character of Russian people. She was unpleasantly shocked that Russian people do not smile easily. Many foreigners note this as well. Sadly, they attribute it to a feature of Russian character.

Since I am a transplant from Soviet Union (which included Russia), I would like to share my understanding of this topic first hand.

Russia is a big, great and really really beautiful land. It has rich and colorful history, not always flattering for the country.

Russian people is a special category, not like any other nation in the world. Russian nation was a product of politics mostly. Throughout the long history of Russia from ancient times the political elite (Tsars, Nobles and the like) were mostly of foreign bloods (German and Prussian). Simple people were of Slavic ethnic groups. but throughout the long history of wars of conquest and suppressions, Slavic ethnics mingled greatly with mongolo-tatars ethnics.

A long history of serfdom (type of slavery) put a long lasting mark on the Russian nation too. Russian people were ruled to be obedient. This was even aggravated during the soviet time which began with socialistic revolution. That time brought a new name for a Russian nation- “Soviet nation”, as it consisted of 128 plus nations and nationalities.

“Soviet people” were trained to be politically correct and obedient, as anyone falling out of rule was labeled as “dissident” and punished by imprisonment or by being banned from the society (not being able to find a job according his profession, or forbidden to live in major cities, for example). Soviet people were afraid to say out loud what they thought (if it was not in accordance with government line), they were afraid to criticize their government, to sound any disapproval or judgment of the government decisions. Any politically incorrect word could bring them and their families into lots of life lasting troubles. People were encouraged to spy on each other and report any suspicious situations to KGB (the Russian abbreviation for Committee of State Security, an equivalent of CIA and FBI).

All this made Soviet people apprehensive and trained them to see a potential enemy in every stranger.

All this is sadly true, but it does not mean that Russian people are unfriendly or rude.

Russian people DO smile. They smile at home, at work (if their co-workers are nice and friendly people), they smile when they celebrate or party. They DO smile when they are in the company of people whom they know and trust. They reserve their smiles for these occasions.

When I moved from Soviet Union to Israel and later to USA, the first thing that impressed me was a totally new experience concerning faces of strange to me people, people with whom I was not acquainted. Completely strange people were smiling or greeting me when our eyes met. It was different. I felt that I am in a really free country. Unless you experience life under a totalitarian regime you will not really appreciate the luxury of a free smile.

So, Russian gloominess is not a national feature… it is more like a forced self-guard…

Russian nation is very hospitable. There is an old tradition of greeting a visitor with “Bread and Salt” when a respected, important or dear guest is presented with a freshly baked round shaped bread (called “karavai”) with a slat holder or salt cellar placed in the middle of “karavai”. A guest is supposed to break a piece of bread, dip it into salt and taste it.

When you get to visit a Russian house, a hostess will always try to feed you, even if you are not hungry. At least tea will be served for you and this “tea” will include a pie, or cookies, or pirozhki. If you go to visit a Russian house you are not supposed to come with empty hands. It is customary to bring something as a present- a box of chocolates, a bottle of booze or flowers for a hostess (if you bring flowers, bring an odd number of flowers; this is also a Russian tradition- flowers are never brought in even numbers unless the flowers are brought for a funeral occasion. So, flowers in odd numbers for living person, in even numbers for a dead one…). It is customary to take off your street shoes when you come into a house. Many foreigners take it as a humiliation, but actually it is done in respect for a hostess (in appreciation of her labor to keep the house clean. By the way, it is very health beneficiary, as you don’t bring all the microbes from outside). And expect that a hostess will offer you a pair of slippers ("tapochki") to wear in the house.

As you see, any country has its own ways and traditions. What might seem odd and weird to one person is completely acceptable for another.

The main point to keep in mind when you visit a foreign country is that you should accept it as it is.

I hope I was able to explain why Russians don’t smile in the streets. They reserve their smiles for special occasions.