Thelma has lived and worked for almost three years in the Republic of Ireland as a wellness massage therapist in a Thai spa. Although the weather was getting colder everyday, there were still a few days that the sun was shining. Not the whole day but at least a few hours until it was cloudy and the Atlantic strong winds pushed me while walking. The cattle and the birds were enjoying the days in the open. Sometimes I was amazed looking at hundreds of birds sitting side by side on the electric wire like in the film of Alfred Hitchcock or just be there in our neighbours garden picking some food to eat.

On days like these, Angus and I enjoyed walking straight to the boundary of Carne Golf Links where I could see the Atlantic ocean or just turn left where I could see the fantastic view overlooking the Blacksod Bay. Every now and then I collected wild berries to eat and wild flowers for my vase. There were days when the street in front of our rented house was full of cattle shite that I avoided strolling with Angus, for like any dogs he dug his face everywhere. I just wonder that nobody complaint about those cattle shite. I admire the tolerance of the neighbourhood. Thumbs up for them... 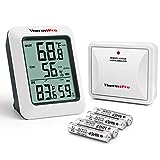 There were only 2 seasons for me in Ireland: Rainy and winter seasons !!! The 2 or 3 days sunshine which was up to 20°C was the only summer I had which was very good. I learned to value and appreciate those days. Who knows what the next weather might be!

Usually in the month of August, we ordered a dozen tons of turf for the whole winter besides the oil that we used to heat the house. In the beginning, we found it great to have an open fireplace in the living room. How cosy it was reading a book near the fire place! I thought, maybe I could roast banana or make banana cue when the fire was glowing. We could burn the garbage we have in the kitchen or the newspapers that we no longer use. Everything came into my mind on how practical it was to have the fire place.

But then before all these things happened, the turf should be put first under the shade to protect them from the rain. Hard work was asked, mostly to my second half who kept the house warm for me before I arrived home from work. Carrying loads of turf to the shade was the heaviest job he had done in his life but he liked it, at first...before he had suffered backache almost everyday... Before he realized that he had not much time for painting anymore.

Keeping the house warm was his major priority.He even learned how to make fire (with the use of fire starter)! It was so smelly and I did not like it. So whenever I was at home and had the feeling to do it, I made the fire without using the fire starter. Just small pieces of wood and newspapers or any kind of paper and of course matches.

Here was the way I was brought up how to make fire by my mother in the Philippines: Small pieces of bamboo or coconut woods, sometimes dried coconut husk and different kinds of leaves which were being collected by me and my siblings from the forest. We made the fire for cooking our food in the so called dirty kitchen.

The living room was the only warm place for us in winter. Although it needs a lot of work to keep it warm, we still loved it. It took hours to bring the temperature to 17°C in the living room while outside was only 10°C. When I was at home and felt so cold although wearing layers of clothes, I put the stereo on. Usually it was a DVD of German dancing music like DJ Ötzie or ABBA. Then I danced around the room...with Angus. Poor Angus! The first time he was confused but could not escape for I was holding his hands. The next time, he was smiling for he thought we were playing. So we kept on dancing, sometimes he was on my arms until we felt tired. It became a routine. Every now and then when I put the same music, I have noticed that Angus had an expressions on his face. It seems like he was thinking, -"Oh my God, not again!"- and pretended to sleep if not hiding behind his boss.

Wearing thick woollen socks and winter pajama, I slept very well until the next morning. So quiet, only the chirping of the birds I heard. The bed was cosy and warm and I did not want to get up but I had to when I had a job to attend to. Outside the bed was only 5°C for there was only glowing fire left in the fire place and the timed oil heating had just started to heat. After drinking my tea in bed, I got up and put my working clothes under the duvet until they were warm enough to wear.

Putting my clothes on was another story! I went inside my bed covered with my duvet again and there I put them on. The first time I did that, I was bursting laughing. I was crazy. But what else shall I do besides making the best of everything???

It was the coldest, rough winter in my life. To think about it made me smile. The memories on how creative I was make me wonder sometimes. I could see now myself when I´m so old telling stories to small children in the Philippines how I spent my winter in Ireland...

How To Make A Turf Fire 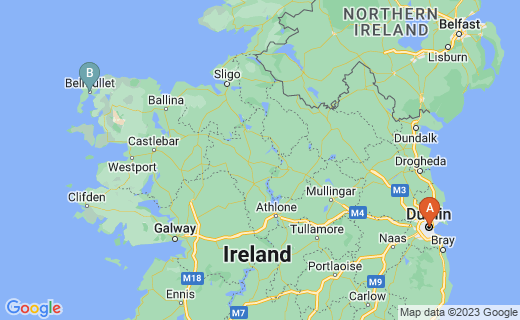