The Beauty of Belgium by River

Inland Waterways of Belgium: A Guide to Navigable Rivers and Canals of Belgium
A comprehensive guide with all the essential information to assist you navigate the Belgium waterways coupled with details of places to visit and things to do while taking your watery holiday trip.
Buy Now

Hire a Boat for a Week

And Tour Belgium via its Rivers and Canals

This is my personal water holiday review of our wonderful week traversing the Belgium rivers and canals from Nieuwpoort to Bruges stopping off at several cities en-route for sightseeing including the famous chocolate museum in Burge.

Want to know more; below is a brief summary of our journey on the Belgium waterways with an invitation to join us in viewing the video.

Early spring, the weather was good but a bit on the chilly side. We arrived at Nieuwpoort (Newport) Belgium to pick up the hired boat for the week; having journeyed from Britain (through the Euro Tunnel) to France, and then driving onto Belgium passing though Dunkirk on the way..

Our Week Holiday via Boat from Nieuwpoort to Bruges, Belgium 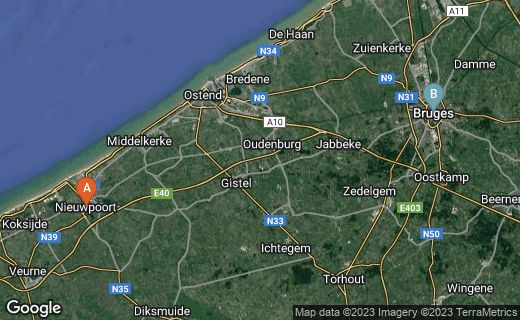 Our Journey Across Belgium via River Boat

Our Target, the highlight of the week, the famous city of Bruges, where not only did we have the pleasure of seeing Belgium chocolate being made at the Chocolate Museum but also exploring this great city and the pleasure of being able to choose and buy from a wide choice lots of genuine Belgium chocolate at very reasonable prices; some of it at real bargain prices. A visit I would recommend to anyone.

The Journey to Belgium and the Belgium Waterways

The great thing that really hits you when driving across Western Europe is that as most countries are members of the European Union there are no internal border controls (apart from Britain who have a peculiarly singular minded attitude towards European integration - not a team player).

Therefore travelling from France to Belgium was one straight motorway, you only knew you had passed into Belgium because of a sign on the side of the road that read 'Belgium'.

To make the boat hire more affordable (and therefore a cheaper holiday) we rented the boat jointly with a couple of friends, and we took it in turns with them to drive the boat with me doing the breakfast each morning (that being my forte when on holiday).

Exploring Belgium via canals and rivers is certainly a great and leisurely way to travel. Leonidas Belgian Chocolates: 1 lb Signature Gianduja -- Almond & Hazelnut Praliné, One of Belgium's Favorites!
If you love chocolate then you will love Belgium chocolate, the best chocolate in the world. If you ever get a chance to visit Belgium then you will be spoilt for choice and if you window shop down all the side streets you will find some real bargains; especially in Bruges. In the meantime, sample these and get a taste of real chocolate.
Buy Now

A Must Visit For Chocolate Lovers

The week was tranquil and very scenic, surrounded by beautiful countryside; seeing nature, and the occasional wildlife, at its best. The most irksome part of the journey were the multitude of lock along some stretches of the river way; not all of them manned. If the lock was unmanned you'd need to phone ahead when approaching a lock to give the lockmaster time to drive from their current location to open the lock and let you through; sometimes taking up to an hour just to get through one lock.

However, after a few very enjoyable days cruising up the rivers we arrived at our destination, Coupure, Brugge (Bruges) safely; where, before making our journey back we spent a full day exploring this most beautiful city absorbing its culture, sightseeing and shopping. In particular we spent a couple of hours touring the famous 'Chocolate Museum' that takes you right back to the days of the Aztecs and throughout history to present day shows you the use and production of chocolate.

So given a chance to visit Burge I highly recommend a visit to the Chocolate Museum. I'm not good at learning foreign languages, we go to France every year, and have been doing so for almost 20 years but I still have difficulty in understanding French. But the one thing that surprised me about the Belgium language is that hearing it for the first time how easy it was to get the gist of what was being said.

If you look on the web you will see that the languages and dialects commonly spoken in Belgium is many and varied. But what we predominantly heard was the Dutch language which is closely related to and a blend of English and German with a predominance of English grammatical case system rather than the German Grammar. Perhaps this explains why we could partially understand the language.

A good example being when we went for a meal one evening leaving our friends to go their way, and at the restaurant, after the main meal, looking at the Desserts menu (written in Belgium) we got the gist of what was on the menu but couldn't distinguish between which dishes had ice-cream or cream because most items on the menu had with them either ijs, crme or slagroom crme. So we phoned our friends (one of whom knew the language) and asked them what slagroom was. Once he told us slagroom stood for 'whipped' then it was easy to work out what was what e.g. crme = cream; ijs = ice-cream and slagroom crme = whipped cream:- Easy when you know how!

The funniest point of the trip was earlier in the day, after we'd visited the chocolate museum we'd agreed to meet-up with our friends who'd gone their separate way window shopping for a couple of hours. We made our way back to the shopping centre and then phoned them to agree a place to meet. As my wife was on the phone I stepped into the middle of the road (checking that no traffic was coming) to take a photo of my wife on the phone; she was standing one side of support pillar on the outside of the shop. And lo and behold, on the other side of the same pillar was our friend talking on his mobile agreeing on where to meet us! How is that for odds, want to take any bets!

The other thing that is striking about Belgium is their Architecture, Art and Memorials, sometimes all overlapping so a memorial can be both great architecture and artistic; and even on its own their Street Art is spectacular, and some of the graffiti we saw. Inland Waterways of the Netherlands
Travel Guide to touring the Netherlands via its 6,000 miles of navigable waterways. The Netherlands provides great opportunities for a great cruising experience in such a beautiful country. This guide covers the whole network suitable for sailing.
Buy Now

Holidaying in Belgium and the Netherlands

By River and Canals

Belgium is situated just north of France and north of Belgium is the Netherlands.

A great network of Rivers and Canals traverse right across this whole region making it ideal for river cruising and a wonderful way to see and experience beautify and tranquillity in this part of Northern Europe.

These waterways are ideal for experiencing a great holiday by exploring the waterways to see the beauty, history and architecture of the landscape and the many cities passed en-route.

Would you or have you seen Belgium by boat 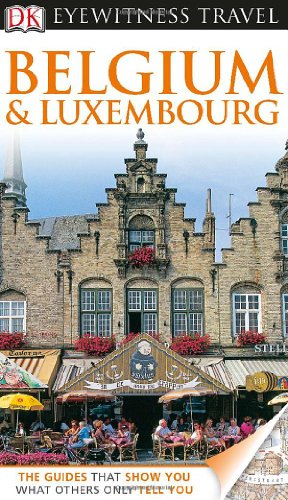 DK Eyewitness Travel Belgium and Luxembourg (EYEWITNESS TRAVEL GUIDE)
Fully illustrated with hundreds of photos and hand-drawn illustrations; this book highlights the best attractions in Belgium and Luxembourg from the fine art in Brussels to the canals of Bruges and the awe inspiring architecture. Detailed listings of hotels, restaurants, bars and shops; and includes a pull-out map to aid you with transportation and walking tours.
Buy Now

Your Say about Belgium