Bogota is the capital and largest city of Colombia. It is situated in the central part of the country, about 300 miles (483 km) north of the equator.

The city lies in a high basin of the Eastern Cordillera of the Andes mountain system, more than 8,500 feet (2,500 meters) above sea level. It is surrounded partly by a fertile plain and partly by Andean peaks, notably Monserrate and Guadalupe, which rise directly behind the city. Twenty miles (32 km) to the southwest of Bogota, the Funza (or Bogota) River plunges more tllan 400 feet (120 meters) down a rockwalled gorge, forming the spectacular Tequendama Falls. The climate of the area is prevailingly damp and mild, with temperatures averaging 58°F (14°C) during each month of the year. 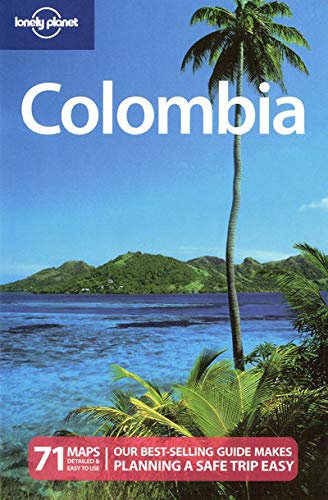 Bogota is built on sloping ground and is laid out in a grid pattern, with long avenues intersected by cross streets. At the heart of the city is the Plaza Bolivar, with a statute of the "Liberator," Simon Bolivar. There are many other squares and parks. Buildings of modern design stand side by side with structures dating from colonial times.

Bogota is well planned with spacious parks and a blend of modern and colonial architecture. Early buildings include the Roman Catholic Cathedral and the Teatro de Colon. Plaza Bolivar in the city center is the site of the famous statue of the 'Liberator', Simon Bolivar. Sometimes referred to as 'The Athens of South America', Bogota is a cultural center with several universities, including the National University (1867), numerous museums and theatres, libraries, an observatory and a conservatory of music.

The Gold Museum has a famous collection of pre-Columbian gold objects.