Off the Beaten Track: Some Historical Sites Visited on Our Holidays in England and Wales

Britain from Neolithic to Edwardian

British History and architecture in the making from Neolithic to Edwardian; great places worthy of a visit, many of which are off the beaten track or not so well known by tourists.

These interesting historical sites are places where I have either lived or visited on my travels around Britain over the years.

This review article gives you an overview of these historical sites.

The Story of Britain: From the Romans to the Present: A Narrative History
This well presented book focuses on the individuals throughout history rather than just a dry text of history itself. It explores individuals throughout British History who since Roman Times have fought for freedom, resisting tyranny in all its forms. In doing so it also tells how the English culture evolved from the ancient Celts, the invasions of the Romans, Anglo-Saxons, Vikings, Danes and the Normans and how Britain was influenced by these different cultures and traditions to form the Britain we know today.
Buy Now

Historic and Nature Sites in Britain

Britain, steeped in history, is a rich source for Historical sites particularly castles, historical buildings through the ages and Victorian Architecture. And for people who love nature plenty of Nature Reserves and Wildlife Parks.

Two of my favourite sites are

These and other historical sites of natural beauty are described in more detail below....

Some of the Places Mentioned or Featured in This Article 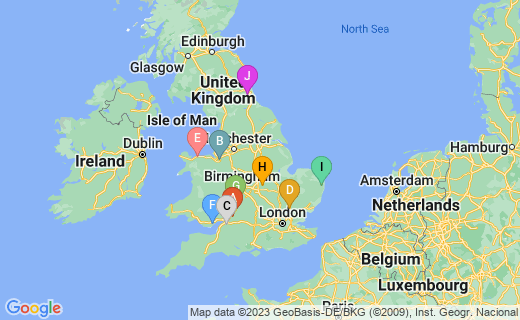 Uley Bury and Hetty Peglers tump at the top end of Uley are small historic sites to explore in this small village in the English Cotswolds.

An historical city dating back to the Romans, steeped in history; with a modern thriving city shopping centre, so well worth a day trip sightseeing.

Bristol is a City with County status; granted by Royal Charter in 1373, a little known fact all too often overlooked outside the county boundaries.

A Norman castle of 1066 with a living museum of livestock consistent with the time period.

A large complex where you can spend best part of a day to walk around and explore; apart from the roofs it’s in quite a good state of preservation.

Impressive Victorian folly built on the site of the original Norman castle and Roman wall, which you can also see during your day visit.

A great historic medieval riverside town which offers a river cruise to Twyning.

Impressive Victorian engineering, 10 step locks worth spending a few hours to see; an Inn at the bottom for refreshments and a bite to eat afterwards.

Large complex, to view the whole site you need to use of the free 19th century public transport; expect to spend two days there to see it all.

Uley from the Neolithic Era

I grew up in Uley, a small village in the Cotswolds, Gloucestershire, England. The village resides in the valley overlooked by the Bury. I didn't know it at the time but when I started doing my family tree years later (genealogy) I traced the Baglin's (my maternal family) back to Uley as their roots and in time learnt that they had come over from Normandy in the Norman Conquest of 1066 settling in the area where they stayed until their migration to Bristol (25 miles away) in the mid-19th century.

When I lived in Uley our house was just outside the village at the bottom of another local Cotswold hill called smallpox. From the top of the Bury, Uley village is easily visible, as is smallpox and on a fine day Wales can also be seen in the distance. It wasn't until recently that I learnt that the top of the Bury, which is flat, was in fact an Iron Age hill fort dating to around 300 BC.

Another frequent haunt of mine as a child growing up in Uley was Hetty Pegler's tump, a Neolithic burial mound 5500 years old; located on the opposite side of the Bury to smallpox hill and named after Hetty Pegler, who was the land owner of the site in the 17th century. It wasn't until years later, when doing my genealogy that one of my direct ancestors on the Baglin line married into the Uley Pegler family during this period.

So in more ways than one Uley has a special significance for me and my immediate family. Below are landscape views from Uley Bury on a misty day.

Views From Uley Bury on a Misty Day From the Roman Era

Chester, Northwest England, is an old city dating back to Roman times; as shown in this video which takes you on a tour of Chester and its Architecture.

Brigstowe (Place by the Bridge)

Bristol, a place by the bridge, named after its origin; in old English 'Brycgstow' and middle English 'Brigstowe/Brigstow' , The name, as it suggests, describes the location of the original settlement on the river Avon.

The original bridge no longer exists but the current Bristol Bridge is close to where it originally was and overlooks the riverbanks where Bristol Castle once stood, now landmarked by a preserved church where the roof was destroyed during the Bristol Blitz in WWII.

Bristol is steeped in History and Architecture, as many cities, towns and villages across the country are. Some of its history and famous people associated with Bristol include John Cabot (1450-1498) who discovered Newfoundland on the Matthew which sailed from Bristol; the famous John Wesley, and Isambard Kingdom Brunel (1806-1859) who build the SS Great Britain, Temple Meads train station and most famous of all in Bristol the Bristol Suspension Bridge.

Bristol was granted county status in 1373, and apart from a brief 20 years from 1973 to 1993 has remained a county in its own right; one of the smallest counties in England. 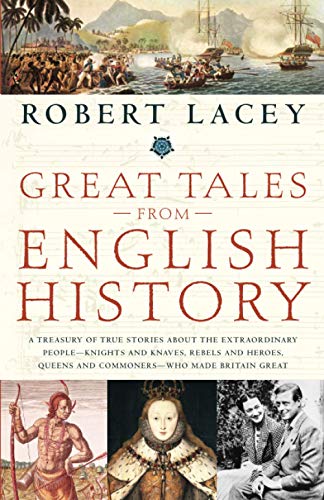 Great Tales from English History
History is not all dry. This book weaves the history of England with those elements that breathes life into it including the drama, intrigue, courage and passion of times past.
Buy Now

English Castles from the Medieval Period

With Medieval Festivals and Living Museums

The one thing that makes Britain British is I think our castles, built across the whole country during periods of conflict from Roman times, during the Norman Conquest of 1066, the Middle Ages and the English Civil War (1642-1651). And it didn't stop there, the Victorians built castles as 'folly's' and in the 20th century 'LEGOLAND' built one as part of their theme park.

Apart from Mountfitchet Castle 1066 (shown bellow) which includes a living museum of livestock as it would have been at that time my other favourite castles include:

Read on for further information on these and other notable English Castles....

Conwy Castle, which we visited when on holiday in North Wales, was built by King Edward I in the late 13th century to keep the Welsh in check; it was involved in a number of sieges and battles over the coming centuries.

The Cardiff Castle as seen from outside is a Victorian Folly, built around the original Norman Cardiff castle, and under the castle well preserved is an original and very long Roman wall, incredibly decorated with the most marvellous carvings; which can be viewed via the steps leading down from the courtyard within Cardiff Castle.

Tewkesbury to Twyning by River from the 12th Century

Tewkesbury is a great historic town with many old buildings and well worth a visit; and given the opportunity the boat trip up the river from Tewkesbury to Twyning is a great day out, stopping at a pub for a pub lunch before making the return journey.

This video follows one person's journey through these marvellous sets of Locks built by the Victorian's. The age of great engineering; ten locks in two stair cases on part of the Grand Union Canal at Foxton just outside Market Harborough in Leicestershire.

Red Mill, a derelict Victorian Windmill built to power a water pump for draining water from Haddiscoe Island (the largest inland island in England) into the River Yare in the Norfolk Broads, is now rented out as a holiday flat; we hired it and spent a week there, and it was one of the most incredible weeks we've spent on holiday in Britain. 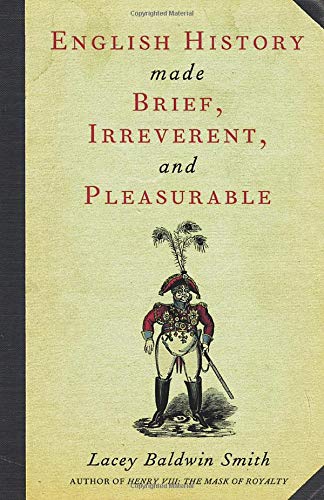 English History Made Brief, Irreverent, and Pleasurable
History is written by the Victors, this book puts all that into perspective by looking at the more humorous sides of history with brief accounts of English history through the ages with an amusing tour of the more irreverent and pleasurable side of events as they unfolded; entertaining and informative.
Buy Now

Beamish, a Living Museum from Georgian Britain to the Edwardian era

Beamish is a living Museum which we recently visited depicting life in North England from the late Georgian period to the early Edwardian era; the place is so large that you need to use the free public transport provided e.g. period trams and buses to move around the whole site.

All the public transport on site at Beamish is period, predominantly early Edwardian and the various themed sites to visit while at Beamish includes

Showcase of Other British Historical Sites Off the Beaten Track History in the Making

Whether you're from England or not you might wish to leave you vote and views in this pole and see how others have voted.

Leave Your Views Here - History in the Making