African culture is best understood in an African environment. Cape Verde is an emerging vacation destination that also offers a wonderful introduction to West African people.

Cape Verde is a group of ten islands rising from the Atlantic Ocean three hundred miles west of Senegal. Cape Verde offers travelers the opportunity to experience the unique culture of West Africa in a comfortable, often beautiful setting without the difficulties that can be encountered on the mainland.

Cape Verde's growing tourist infrastructure makes a visit to the islands a pleasure, yet island life seems largely unspoiled by foreign visitors. Cape Verdeans have the highest quality of life in West Africa and the highest literacy rate. They have a stable democratic government. The islands are free of malaria and tropical diseases. Their language, Crioulo, is a mixture of medieval Portuguese and African dialects, although modern Portuguese is widely understood.

Cape Verde's population is descended from thousands of Africans brought to the islands as slaves and a small number of European colonialists. Today, the population is 70% mixed race, 28% black, and 2% white.

Cape Verde' society has remained essentially West African, and its African heritage pervades every aspect of island life. It is seen in a certain dignity in the way people walk. It is reflected in the women talking under a shade tree in the bright afternoon sun, their conversation lively and embellished with expressive hand movements. It is there in the men playing cards at small cement tables in the main square, a player slapping his cards on the table as if facing down a lion, causing an argument to ripple through the men crowding around. West African culture is a warm greeting between friends, a hand shake and then another, fists pressed together and brought forcefully to the heart, or one thumb raised in salute. It is colorful markets that go on street after street; pork shish kabob barbequed by the side of the road; school children in their uniforms; van drivers calling out their destinations and arguing passengers into their vans; and brightly painted houses with ancient wooden shutters perched on steep, windswept hillsides. It is an African heartbeat heard in the high pitched wail of Batuko music, and African flavor, warmth and sorrow that reaches back to the motherland, back over centuries, even millennia.

West Africa in Cape Verde is music. It appears everywhere, especially on weekends. A street is blocked off by an impromptu stage, and people gather to listen. West African music is sophisticated, with influences from the whole Atlantic Rim. European and African instruments bend to an electric rythm based on complex African drumbeats. The towns of Mindelo on Sao Vincente and Praia on Santiago are known for their music. Clubs heat up around mid-night and play until dawn. Mindelo hosts and international music festival, Baia das Gatas, in August. Festival Da Gamboa is held on Praia's Gamboa Beach each year in May.

Cape Verde has also developed several strains of its own indigenous music, some reaching back to its African roots and others simply expressing the stark isolation of the islands.

Like other coastal West Africans, Cape Verdeans rely on fish caught daily from the sea. The fishing boats are not large, hardly more than outboard motor boats. They arrive on the beach and are pulled ashore or tied to a dock, where a crowd of people awaits the catch. Once the fish is unloaded, well-ordered chaos erupts as the fish are gutted, cut up, weighed, haggled over, tossed in tubs, and finally washed right there in the ocean.

Corn, beans, sweet potato, and manioc are the basic ingredients of Cape Verde's cuisine. Cachupa, a stew originating in slavery times that takes two days to prepare, is the national dish and closest to the people's hearts. Grog is a strong alcoholic beverage that is brewed locally from sugar cane.

Each of Cape Verde's islands has its own distinct character. Some of the islands are flat, while others are steep and mountainous, seeming to rise straight out of the sea.Their landscape is brown and arid most of the year since they are located in an unusually dry part of the South Atlantic. The islands were uninhabited before discovery by the Portuguese in 1460, and they still retain an uninhabitable ambience. Sun and wind are always present.

Santiago has preserved the most traditional African culture of all the islands. It was the only island setted for the first three hundred years of Cape Verde's history, and it retains much of its West African heritage. The Portuguese founded Ribeira Grande (now Cidade Velha) on Santiago Island in 1462, during the infancy of the European dominated colonial period that would re-shape the world over the next five hundred years.

Situated halfway between Europe and South America, Ribeira Grande flourished as a trading post for supplying ships. Its proximity to West Africa mad it a key port for the slave trade to the Americas. The Portuguese crown received import and export duty on each captive who passed through the port. All this history still lingers in the cobbled lanes and low, whitewashed houses of Cidade Velha, a quiet village on a beautiful bay. It can be reached by a short aluguer (minivan) ride from the Terra Branca neighborhood in Praia.

One quarter of Cape Verde's populations lives in Praia, the largest town on Santiago Island and capitol of Cape Verde. The city sprawls around a large bay with its center located on a raised plateau. A visit should start at the lively Alexandre Albuquerque Square. North of the square, the streets that surround the market and the market itself are filled with fascinating images of African life.

Exit the market onto Avenida Amilcar Cabral and walk down the road straight ahead, which will bring you to the enormous Sucupira market. Both sides of this road are lined with women sitting in the shade of umbrellas behind piles of cheap, new clothing laid on the ground. Further on, more vendors sit beside crates heaped with fruits and vegetables. Next are the canvas stalls of Sucupira market which sells everything from cell phones, clothe, and jewelry to backpacks and bicycle tires. The whole area is alive with the clamor of conversation and music.

Praia is a city of neighborhoods. Wandering its winding streets can be confusing, but a little exploration will reveal vibrant scenes of the city's daily life.

The town of Assomada lies in the rugged mountains of Santiago's interior, a region originally settled by escaped slaves. When the Portuguese colonial government freed the slaves in 1876, many fled to these isolated mountains. West AFrica lives on in Assomada and the surrounding area. The Badius people who live in this region have kept the old ways from the mainland, which, at times, has brought persecution upon them. Their customs and history find public expression in music and dance forms like batuko, funana, and tabanka. Assomada is best visited on Wednesday and Saturday when the market spreads over many streets in the city center.

Mindelo on Sao Vincente Island is a pretty town without the big city atmosphere of Praia. Built by the British as a re-fueling station for trans-Atlantic ships in the 19th century, its cobbled streets, lined with British colonial buildings, are a treat to wander. Mindelo is considered an important center for Cape Verdean music and literature.

Mindelo's bustling fish market next to Torre de Belem offers a wonderful view of the town's daily life, and at night, everyone comes to Amilcar Cabral square. To really let their hair down, people go to relax on the beach at the northern end of the promenade where they meet friends, jog, and sometimes dance to live music.

A hike towards the 2,400 foot peak of Monte Verde leads into the brown, windswept hills that surround Mindelo. The villages that cling to the steep, dry hillsides seem to embody the tenacious character of the Cape Verdean people. From the market square of Praca Independencia, follow Avenida 12 September east to begin the walk.

THE OTHER SIDE OF SAL

Many visitors to Cape Verde arrive on Sal Island, and they stay at Santa Maria which is known for its fine beach and resort hotels. For a better look at every day life on Sal, go to Espargos. A walk down the main street, Rua 5 Julho, offers an engaging West African panorama. Bom Dia Cafe, in the center of town, serves local dishes at its outdoor tables, and there is live music on weekends. Palmeira, a short van ride from Espargos, is a picture postcard coastal village, untouched by the outside world. Visit the dock on its lovely bay to watch the fishing boats bring in their catch.

Santo Antao is an isolated island possessing the strange beauty of a land barely touched by humans. Small villages perch on steep, stark mountainsides or sit on narrow ledges beside the sea. The island provides a more intimate look at Cape Verdean life, and there are spectacular hiking trails on the north coast. Santo Antao is reached by ferry from Sao Vincente.

African culture is best understood in an African setting. Unfortunately, the countries of mainland West Africa are afflicted with real problems. Serious poverty, malaria, armed political conflict, and a deep polarization between local people and the tourist establishment make it difficult for a foreigner to walk among the multitude. Yet experiencing the people of West Africa can be of immeasurable value, especially for the descendants of the African Diaspora or travelers who seek to understand the many societies that share our planet. And then there are the vacationers in search of unspoiled towns and white sand beaches.

Cape Verde does not have the problems of the mainland. In fact, it is well on its way to becoming a tourist haven. There is some poverty, but it is not overwhelming, and most Cape Verdeans live above extreme poverty. Foreigners can visit these islands in safety and without barriers between them and the local people. The only danger is falling under the spell of island life.

GETTING TO CAPE VERDE

Cape Verde can be reached by direct TACV flights from Boston to Praia. It is accessible from several Western European countries. 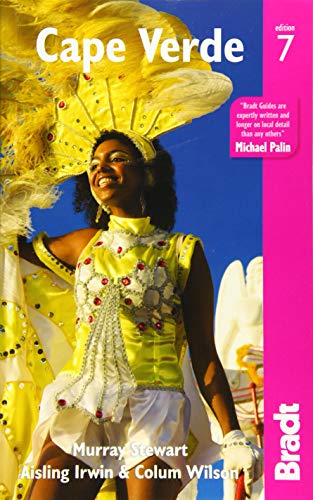 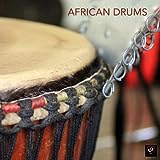 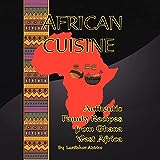 OTHER HUBS BY GEOFF BRAUNSBERG

A JOURNEY INTO THE SPIRIT WORLD. www.hubpages.com/hub/spiritfoto

CREATE YOUR OWN TRAVEL VACATION. www.hubpages.com/hub/traveladvice