The battle of Culloden

Famous in Scottish history is the battle which took place on a field at Culloden. The battle was the climax of decades of military campaigns to reinstate the House of Stuarts to the British throne.

In the years after the battle there were many instances of massacre and suppression of Scottish culture. Not all of those who served on the side of the Jacobite's died on the Moor. Some went to Europe and in time were allowed to return. Many fled to the colonies in America. Jacobite prisoners were tried at various places such as Berwick, York and London. As many as 80 men were executed for taking part in the battle at Culloden. 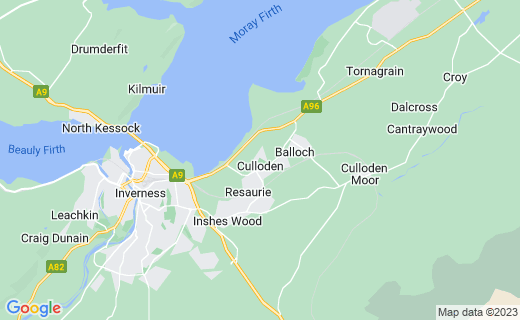 Situated near Inverness, Culloden at first sight is a quiet field, nestled among the heather. Once you are on the field itself, two paths show you the lines on which each army stood. A stark reminder of the flesh and blood men who stood on the Moor, ready for the signal to commence fighting.

Who was Bonnie Prince Charlie and the Jacobites?

A Jacobite was a supporter of the cause of King James VII of Scotland and II of England.

King James fled from Britain in 1689 to escape an army led by the invader William of Orange. The term Jacobite comes from the name 'Jacobe', which is Latin for James. James was the last Stuart King.

Prince Charles (known as Bonny Prince Charlie) was the grandson of the deposed James II of England, Charles was fighting to reclaim the right of his family to rule. His claim to the throne was that he was descended from King James VI of Scotland who went on to London to be crowned King James I of England and Ireland.

What would have been like fighting on this Moor?

Culloden Moor is flat, open and exposed. Perfect for a well trained regiment of soldiers with firing weapons. The tactical advantage of this field was in favour of the English.

Walking amongst the landscape 260 years later you can see rough parts with unexpected soft marshy areas.

Many myths and legends have grown since the battle. One is that it was between the Scots and the English. Like many wars, it is not so black and white but had shades of grey as there were more Scots fighting for the Government side.

In the end, the loss of this battle by the Jacobite's was the beginning of the end of the Highland clan system.

A sobering look at the battle which illustrates the noise and sheer volume of fighting men.

Within an hour between 1,200 and 2,000 of the clansmen lay dead on the moor. How quickly the Jacobite rebellion came to an end.

For nearly a year after Culloden the clans paid the price for losing the battle. Settlements were looted and burnt, cattle were confiscated, After the military effort ended legislation against the clans began. Estates of rebel landowners were forfeit to King George II. The kilt and tartan was banned in the Dress Act of 1746. Severe penalties were enforced for carrying weapons.

Culloden village is three miles east of Inverness. Three miles south of the village is Drummossie Moor (often called Culloden Moor), site of the Battle of Culloden. Culloden battlefield is managed by the National Trust for Scotland, and its visitors' centre is a major tourist attraction.

The visitor center officially opened to the public on 16 April 2008. When you visit you can walk around by way of footpaths. One of the features of the battlefield is the 20 ft tall memorial cairn, erected by Duncan Forbes in 1881.

This plaque is on the large Cairn that stands on the site of the battlefield at Culloden. The members of each clan are buried together and a single marker bears the name of the clan. Forbes also these headstones which mark the mass graves of the clans.

Have you visited Culloden?

did you feel anything while you were there?

a lament of the Jacobite risings

"Speed bonnie boat like a bird on the wing,

Carry the lad that's born to be king,

Over the sea to Skye,

Baffled our foes stand on the shore,

Many's the lad fought on that day,

Well the claymore did wield,

When the night came silently lay,