Disney Cars Land will be rolling into the Disneyland Resort in Anaheim in 2012. The new 12-acre expansion of Disney's California Adventure theme park is based on the popular Disney/Pixar film Cars and will feature a full-size version of Radiator Springs that guests can walk through, as well as three new rides that will be based on the movie. (Image courtesy: Disney)

Cars Land is Part of a Bigger California Adventure Overhaul

California Adventure became Disney's second theme park in Anaheim in 2001. But the park has never enjoyed the popularity of Disneyland itself. Now Disney is overhauling the park to increase attendance and include more attractions based on newer Disney movies. Cars Land is one of the new projects.

Based on the 2006 animated movie, the new Cars Land will offer three attractions and cover 12 acres. Guests will be able to wander through a full-size recreation of Radiator Springs, complete with buildings from the movie such as Flo's V-8 Cafe, as well as the towering Cadillac mountain range in the background. The mountains will be the largest Disney has built in North America.

According to Wikipedia, the main attraction, Radiator Springs Racers, "will be an E ticket ride using the technology of Epcot's Test Track. It will be among the most expensive rides ever built at an estimated US$200 million. It will be a detailed dark ride that ends with an outdoor side-by-side dueling racing finale. The ride will begin with a race briefing from Lightning McQueen and end at the Wheel Well Motel from the movie. Some elements said to be featured as road details in the attraction are switchbacks, tunnels, bridges, waterfalls and banked turns."

Wikipedia says, "The other two attractions are going to be smaller family attractions with smaller height requirements featuring MateJunkyard Jamboree, a tea-cup like attraction, and Luigi's Roamin' Tires, which looks like the 1960s Tomorrowland "Flying Saucers" ride. Cars Land will also feature a life-size model of Radiator Springs and several dining and shopping venues."

The new Cars Land is just one of the changes currently underway or already completed at California Adventure. Toy Story Mania and World of Color are two rides that have already been added to the park, and more are coming. The Little Mermaid: Ariel's Undersea Adventure and Goofy's Sky School are both scheduled to open in 2011, and a new entrance to the California Park is set to be unveiled in 2012.

(Photo compliments of Cd637 on Wikipedia. Some information from: Disney Cars Land at California Adventure on HubPages) 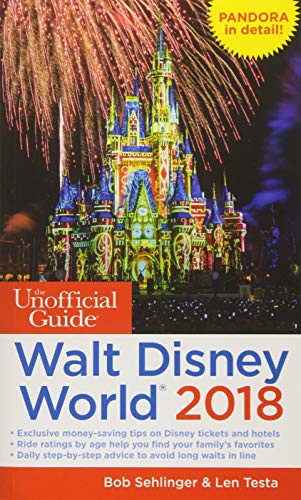 One of the new Cars Land rides, Luigi's Flying Tires, uses air to lift the vehicles in which guests will be riding.

Couples Disney Costumes for Halloween
Over the years, Disney has given us some great duos, from classic couples such as Mickey and Minnie and Lady and the Tramp to newer characters like Jasmine a...

Disney Doc McStuffins Toys
My daughter loves Disney Jr's Doc McStuffins, a show about a little girl who mends and fixes broken toys and stuffed animals. And now kids who love the show ...

Disney Princess Tiara
Little girls love dressing up and pretending to be a princess, and no princess costume can be complete without a tiara! The Disney princess tiaras on this pa...

Disney Cake Toppers
Disney cake toppers are a great way to decorate birthday cakes, wedding cakes or any other special occasion cakes. Whether you're a fan of the classic charac...