WARNING! Disney pin trading is highly addictive and may be hazardous to your wallet!

But it's so much fun! Whether you're thinking of trying it on your next trip to Walt Disney World or Disneyland or you just need some tips to support your pin trading habit, read on!

[Pin photos throughout this lens courtesy of Pin Pics.]

Getting Started - Everything you need to know before you start your new pin trading hobby.

This style of Disney pin is a fun idea for showcasing your favorite Disney character on your lanyard. The pin goes on the lanyard backwards, so the the character looks like he's peeking around from behind.

Add this lens to your favorites, and check back for the next spotlight pin, coming soon!

By no means a complete list. Check back for updates!

Cast Lanyard pins are those that are not sold to the public and can only be obtained through a trade with a Cast Member.

Trading pins with Cast Members is easy and fun. Keep it that way by following a few simple guidelines.

Get a Lanyard - A place to hang your pins

When visiting Disney property, most traders wear their pins on a lanyard. A pin trading starter set, which includes a themed lanyard and several pins for trading, is a great place to start if you're new to trading.

Educate yourself about problem pins.

There are a lot of unauthorized pins available for purchase on eBay and through other sources. Some are obvious, made with materials and images of poor quality, like the Belle pin at right. Others are very well made and nearly indistinguishable from the originals they copy. If you plan to buy traders on eBay (and you should), look very carefully at auction descriptions and photos and seller feedback to be sure you are getting real Disney pins that are tradable with Cast Members.

Another potential problem is pins that are too common. When trading with a Cast Member, you will need to offer a pin that is not already on the Cast Member's lanyard. There are certain pins, such as the Millennium Dancer and Kodak pins below, that were produced in such large quantities that you will have trouble finding anyone to trade them with.

Keep reading for tips on how to avoid problem pins when buying traders on eBay.

Check the seller's feedback. Of course this is always a good practice on eBay, but it is particularly helpful when looking for high quality traders. Many very busy pin sellers have lots of feedback comments with complaints related to fake pins.

Avoid pin lots with large quantities of the same pin. You have to wonder what is up with these... Why does a seller have so many of the same pin? They are probably scrappers or too common to be traded easily.

Don't bother with the really common pins. The Millennium Dancers, the blue Kodak pins, and the Cuties (babyish versions of the Fab 5 and Pooh characters) are found on too many Cast Member lanyards.

If it sounds to good to be true... If you find a listing for a lot of pins with a Buy It Now price of $1.50 per pin, a photo of a bunch of popular Cast Lanyard-exclusive pins, and a description that states that you "may receive some of the pins pictured" and maybe some others not pictured, hit the back button, fast.

When buying traders on eBay, the best defense against bad pins is research. Pay attention, and you can get great traders at reasonable prices.

Tomart's 6th Edition DISNEYANA Guide to Pin Trading (Tomart's Illustrated Disneyana Catalog & Price Guide)
Released in June 2007, this is the first new edition in over two years of the ultimate Disney pin trading guide. With updated prices and a new focus on pins from the theme parks, Disney Cruise Line, and World of Disney, the Tomart's guide is great for browsing pins and discovering your holy grail. This book is loaded with pin pictures, which makes it a little overwhelming if you're searching for a specific pin but also makes it perfect for browsing and exploring.
Buy Now

Buy Some Traders - The more the better. With any luck, you're going to run out.

At $6.95 or more per pin, buying pins at Disney parks for trading can get very expensive. Plan ahead and get your traders on eBay before you go. Just be sure to read the tips on avoiding problem pins first!

Mickey's Mystery Pin Machine arrived at Epcot on September 6, 2007. For $5, you can play a game and win a pin. The gameplay involves rolling a ball back and forth against gravity to try to get it in the hole at the top. You get three balls per play, and regardless of your success at the game, you win one of a collection of new pins that are exclusive to the game!

Search for Hidden Mickeys in between pin trades

Hidden Mickeys: Field Guide to Walt Disney World's Best Kept Secrets
Been on all the rides six times each? Facing the long lines of a day at Magic Kingdom during Spring Break? Make all your time on Disney property more interesting by searching for Hidden Mickeys, the icons that Disney Imagineers have snuck in to just about every ride, restaurant, and resort they have designed. This book will give you some hints and challenge you to find them all.
Buy Now 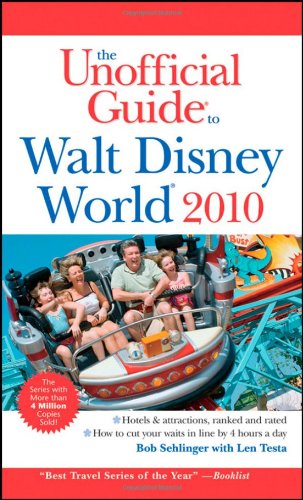 The Unofficial Guide Walt Disney World 2010 (Unofficial Guides)
This Disney World guide has EVERYTHING. I've been to Disney World dozens of times, and still every time I pick up this book I learn something new. Whether you're planning your first trip or your 20th, this book has the best information on where to stay, what to eat, and how to plan your days so you won't miss a thing.
Buy Now

Get a Pin Bag or Book - Maybe not now, but soon.

A typical lanyard can comfortably hold around 15 pins. If you plan on building even a small collection, a pin bag or book is the way to go.

My personal favorite. The question is an inside joke among Cast Members. Sure, it's insulting, but it's oh-so-clever!

This pin featuring Chip and Dale is a limited edition Cast Exclusive surprise release. Only 500 of these pins were released, and the release was not announced before the sale started on March 5, 2004 at Company D. Cast Members could buy the pin for $5.00, and they were sold out in three days. If you ever see this one, get it!

Donald Duck is in trouble again... This Limited Edition pin features Donald Duck chasing after one of his nephews, who is making a mess of some wet paint. The Wet Paint pin was released at Magic Kingdom on January 31, 2001 as a Mystery Pin with a limited release of 1000 pins. It sold out quickly and is now extremely rare and highly sought after. A recent eBay search for this pin found one listed for $175.

In honor of Star Wars Weekends 2007 and the 30th Anniversary of Star Wars, this spotlight pin is a Limited Edition sold at Jabba's Hut at the Disney-MGM Studios beginning June 1, 2007. The design is based on a poster from the original release of Star Wars - Episode IV: A New Hope, with Mickey Mouse, light saber in hand, playing the part of Luke Skywalker.

Spotlight Pin: The Year of a Million Dreams

The Year of a Million Dreams has been a blast so far at the Disney parks, and the fun won't stop for another whole year. Cast Members at the parks have been making dreams come true for random guests with surprises ranging from a special role in a parade to a night in Cinderella's Castle Suite.

In celebration of the recent announcement that the Dreams will be extended for another year, the latest spotlight pin is the exclusive Year of a Million Dreams Mickey & Minnie pin. This pin is part of a lanyard set that is randomly awarded by Cast Members to park guests. The set includes a special silver lanyard, the Mickey & Minnie pin, and a matching pin featuring Goofy & Donald.

Disney Dollars turned twenty years old in 2007. To celebrate the occasion, this Limited Edition pin was released at the Walt Disney World Resort on October 2, 2007. The pin features Mickey Mouse holding up a replica of the original 1987 $1-denomination Disney Dollar. This pin has an edition size of 500.

Santa flies over Cinderella Castle and Mickey Mouse, Minnie Mouse, Donald Duck, Goofy, and Pluto look on in this jumbo pin commemorating Mickey's Very Merry Christmas Party 2007. This pin had a Limited Edition run of 1500 and was released on November 12, 2007, at MVMCP.

Save it.
Add this lens to your Squidoo favorites.

Link it.
If you're a Lensmaster with a related lens, add a link to this lens on your Lensroll.

Send it.
Email this lens to a friend.

Digg it.
Submit this lens to digg.com and share it with the world.

Tag it.
Bookmark this lens on del.icio.us.