This guy is simply amazing. His art is breath-taking and mind-blowing. He is a master of street painting. He uses the street as a canvas. If one looks from the right spot, its three-dimensional painting becomes the perfect illusion. He paints over large areas of urban public life and gives them a new appearance, thereby challenging the perceptions of passers-by.

His technique stretches hundreds of square meters over the pavement, allowing people to interact and literally get inside the image. Just amazing!

Mueller needed 5 days to complete this huge picture. Together with up to five assistants, he painted all day long from sun rise to set. The enormous illusion is reached by applying the anamorphic technique to a huge pavement painting. This picture is around 250 square meters large!

Watch the Making of "The Crevasse"

In Dun Laoghaire the "Festival of World Culture" took place from 21. to 24. of August 2008. Edgar Mueller has followed the invitation and continued his series of large-sized 3D Street Art there. For this year's Festival of World Cultures renowned German artist Edgar Mueller will transform a huge slice of the East Pier into a dramatic ice age scene. This project was supported by the Goethe Institution Germany.

With about 270 mÂ² this painting is the first large sized project of Edgar Mueller. On the occasion of the Prairie Art Festival in Moose Jaw (Canada) he turned the 'River Street' into a river which ends in a huge waterfall.

Waterfall - from a different view

The way you see the image depends on where you are standing!

Edgar MÃ¼ller was born in MÃ¼lheim/Ruhr on 10 July 1968. He grew up in the rural city of Straelen on the western edge of Germany. His fascination with painting began in his childhood, with paintings of rural scenes of Straelen. He went to the high school in the neighboring town of Geldern, where an international competition of street painters took place. Inspired by the transitory works of art which met him on his way to school, Edgar MÃ¼ller decided to enter the competition. He took part for the first time at the age of 16, going on to win the competition, aged 19, with a copy of the famous "Jesus at Emmaus " (Caravaggio). In the years that followed, he entered many other international competitions. Since 1998 Edgar MÃ¼ller has held the title of 'maestro madonnari' (master street painter), born by only a few artists worldwide. The title is awarded at the world’s largest street painting festival, called The Grazie Festival, which is held in the small pilgrim town of Grazie in Italy.

Around the age of 25, MÃ¼ller decided to devote himself completely to street painting. He travelled all over Europe, making a living with his transitory art. He gave workshops at schools and was a co-organizer and committee member for various street painting festivals. MÃ¼ller set up the first (and so far only) Internet board for street painters in Germany – a forum designed to promote solidarity between German street painters.

Edgar MÃ¼ller opened a studio in the street. He presents people with the great works of old masters, drawing his perfect copies at the observers’ feet. MÃ¼ller invites his audience to share his fascination with the old masters art, helping them to gain an in depth understanding of the old master’s view of the world.

Despite attending many courses with well-known artists and extensive studies in the field of communication design, Edgar is actually an autodidact. He is always looking for new forms through which to express himself. Inspired by three-dimensional illusion paintings (particularly by the works of Kurt Wenner and Julian Beever) he is now pursuing this new art form and creating his own style. Because of his grounding in traditional painting and modern communication, MÃ¼ller uses a more simple and graphic language for his art. He paints over large areas of urban public life and gives them a new appearance, thereby challenging the perceptions of passers-by. The observer becomes a part of the new scenery offered. While going about their daily life, people change the painting's statement just by passing through the scene. Edgar MÃ¼ller’s extraordinary art has been widely covered in print and digital media. 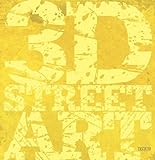 3D Street Art
3D pavement art represent a new way of combining the mastery of Renaissance art techniques with the ephemeral qualities of street art. Artists like Edgar Mueller and Tracy Lee Stum create street art that's so incredible it is almost impossible to pass by without being sucked in to the worlds they create on asphalt.
Buy Now

Everything starts out with a blank pavement

On the occasion of West India Quay's Festival in London Edgar Mueller created a new 3D Street Art piece. It is the first of several caves which Edgar will let appear in different countries. "The idea came to me during a journey to China. I visited caves in the province Shandong and was absolutely impressed by their beauty."

And the result is the Cave Drawing

This is the cave from the opposite angle.

This first Project (Duality) of Edgar Mueller's new series "Unconditional Love" took place under extreme environmental conditions in Moscow. Nevertheless he decided to go for it for this very reason. An absurd and surreal situation it was. The lighting conditions are unacceptable, the air is full of smog and breathe is difficult. Finally Edgar and his team made it. Location: Tepli-Stan Mega Mall main entrance.

Sidewalk Canvas: Chalk Pavement Art at Your Feet (Design Originals)
In cities and towns throughout the world you may see an area of sidewalk decorated with chalk or pastels. This art form originated in Italy during the 16th century, with vagabond artists who painted religious pictures directly on the paved public squares, using chalk and charcoal. Thanks to the International Street Painting Festival in Grazie di Curtatone in Northern Italy, the art form has been revitalized, and festivals such as Absolut Chalk in Pasadena and the Italian Street Painting Festival in San Rafael, CA, attract up to 600 exhibitors and 60,000 visitors annually. Part folk art, part performance art, this fascinating genre, where chalk is substituted for paint and asphalt or concrete for canvas, is growing in popularity in the virtual world too, with online blogs and video streams celebrating the art. Packed with vibrant examples from the author and other leading international street painters, Sidewalk Canvas includes magical 3-D illusions, original amusing twists on the old masters and works by artists famous in other media. In addition to a gallery of the best street painting from around the world, there are insights into how it is executed, where to find it, and how to create your own work. As well as appealing to practicing artists, art educators and the hundreds of thousands attending festivals worldwide, the book will also interest those commercial organizations seeking to commission street paintings for promotional purposes.
Buy Now 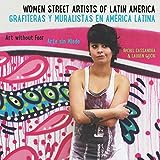 The Intention of his Work

Edgar Mueller uses the street as a canvas. "It gets thrilling when the observer runs into the picture." Edgar about the real intention of his work. He offers his audience a scenery, which challenges to proceed. The spectator turns into the protagonist and creative element of the scene offered him. Mueller took pictures of those infinitely many versions of this scene. In result there are photo sequences, which deceive the human eye, confuse it, challenge the intellect. "Only on the photos the illusion will seem perfect because it isn't in the context of the process of painting any more. There also will be snapshots where the illusion becomes an irritation - the scene exposed as scenery if the protagonist being at the 'wrong place'."

On the 30th anniversary (9.-10 August) of the international competition of street painters in Geldern (Germany) Edgar Mueller has painted a large sized, three-dimensional picture once more. He created a scenery appearing apocalyptic which invites the observer for proceeding in the picture.

The Making of Austria Turismo

This is the digital mock up of the image.

Edgar Mueller will continue his series "Unconditional Love" at the occasion of the Chalk Festival in Sarasota. From the 25th of October until 30th he will paint day and night to realize two paintings in one. The main painting "Save Me!" will be seen at daytime. The other one is hidden in it and is only emerging in the dark at night.

Try your own pavement art with these tools 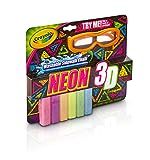