Oxfordshire was an ideal place to build WW2 Airfields, plenty of warning of any German raids, yet close enough to protect London and launch attacks on the Continent. Nature is reclaiming many of these abandoned runways and control towers that still remain. Farmers found the hard standing useful. Many hangers and outbuildings were longtime used as stores or for small businesses but these are coming to an end of their life now, they were often only jerry-built of course.

This lens is a photo record of the remaining grass-covered runways, buildings, skeletons of buildings often bizarrely located in fields full of crops, there are fewer and fewer people who can remember when these airfields were full of planes, troops, supplies, jeeps and activity at all times of the day and night.

Many of them and increasingly as the war went on were Americans preparing for D-Day. The youngest of these heroes are now in their eighties.

Broadwell was used by planes used to launch gliders at D-Day and at Arnhem. The scene is so peaceful it is hard to remember the heroism, fear, anxiety and sacrifice of those airmen.

You can see that these buildings won't last much longer. Are they worth preserving, should they be preserved? If an airman or soldier was 20 at the war's end in 1945 then today he is 85, perhaps this lens will help a few of these veterans to revisit their youth and bring back memories of war, of heroism, of tragedy, of the warm welcome from the local girls, and fights with the local youths.

Show Me The Hero: An Iowa Draftee Joins the 90th Infantry Division During WW II in Europe
Buy Now 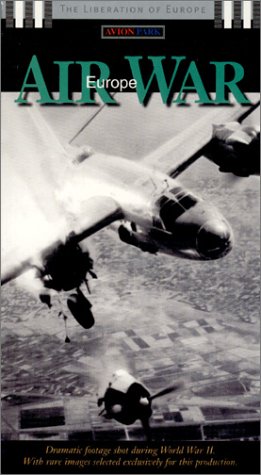 Peaceful now but what drama and tragedy occurred here during the war.

An outlying airfield of RAF Abingdon. hundreds of troops were stationed at Kingston and the RAF station was built. Later, hutted camps were built at Kingston but especially in Southmoor, on Draycott Wood, and inhabited by thousands of American troops who departed on D-Day in 1944.

There are many sections of runway, concrete areas that are gradually being taken back by nature

WW2 Hangers at Stevenage still used as Storage, the Gatehouse

There is a huge amount of storage here, symbol of the massive economic power that the USA brought to the war.

RNAS Culham (HMS Hornbill) is the name of a Royal Naval Air Station (RNAS) near Culham, Oxfordshire. It opened in 1944 as an Aircraft Receipt and Despatch Unit for the Royal Navy.

The ground layout was typical of many bomber stations, with three runways. However it had a large number of hangars which were situated mostly around the field's boundary. Initially HMS Hornhill was used to train reservists based in the Thames Valley region utilising a number of different types of aircraft including Supermarine Seafires, Sea Furys and Harvards. In May 1947 the Photographic Trials and Development Unit was based at HMS Hornbill, and in 1951 No. 1840 Naval Air Squadron operated at the airfield for a short time.

The airfield closed on 30 September 1953 and was subsequently used by the Admiralty as a storage facility. In 1960, the airfield was handed over to the United Kingdom Atomic Energy Authority for use in nuclear and atomic research. It is now home to an international, collaborative, high energy nuclear physics project — the Joint European Torus

In memory of those who served in the 7th Photo Group the eyes of the 8th USAAF.

Bob Hope, Dorothy Lamour and Glenn Miller took off from here to entertain troops in Europe. Glen Miller entertained the US troops here in December 1944 his last gig before disappearing from history.

This closed as recently 1993 victim of the end of the Cold War. It has been proposed as a World Heritage site. English Heritage said the base was the best-preserved Cold War air base in Britain and should be protected.

The RAF site at Upper Heyford was one of the largest US Air Force bases in Europe.

Witney Aerodrome - I have found no visible trace, or plaque, nothing

The De Havilland aircraft company opened a factory in 1939 at Witney aerodrome, which had been established west of the town during the First World War and later used as a flying training school. The factory became a repair unit for military aircraft the following year, and from 1941-2 overhauled Hurricanes and Spitfires, turning out nearly 1,500 fully repaired aircraft by 1945; at its peak there were 1,200 workers' The Witney factory remained an important local employer until its closure in 1949. Smith's Industries then took over the site in 1949 to make car components. They have now gone. Whittard of Chelsea and Past Times have taken over the main offices.

Douglas Bader and Amy Johnson were associated with Witney Aerodrome. From a photo Witney only had grass runways making it less likely that there be remains or artifacts of Witney Aerodrome today.

RAF Brize Norton was opened in 1937 as a training base. By the 1950s Cold War tension was escalating and the United States envisaged stationing nuclear bombers in the United Kingdom as a deterrent to Soviet aggression. Unlike all the other airfields on this page which have been returned to nature, Brize Norton has become the principal military airbase in the UK.

As an example of its importance Brize Norton was used in the July 2010 spy exchange between Russia and the USA. US planes landed here before going on to Vienna for the actual exchange.

One of the last remaining buildings of the Aerodrome. Douglas Bader and Amy Johnson may have taken a few moments of rest here.

RAF Benson is a front line support helicopter base working within the Joint Helicopter Command (JHC), located in South Oxfordshire

The airfield is a well-known frost hollow, often recording the coldest temperatures in the UK. In early 2009 the Met Office at RAF Benson recorded a temperature of -11.8 degrees, and on January 7th 2010, -17.1 degrees (Wikipedia)

Are you a veteran or relative?

Do you remember when these airfields were buzzing with activity, night landings?

Did you work at the Airfields?

I've read a lot about these airfields and know that many airmen died in accidents, mistakes, just as much a tragedy of course.