Fort Harrison State Park is a small state park located on the north east side of Indianapolis, Indiana. If offers hiking, biking, and horseback riding. In the winter, it's a popular spot for sledding as well.

It's a farily young park, but has continued to offer additional services and trails as improvements have continued. Learn about and see more of Fort Harrison on this page.

A Bit of Background

The land that now makes up Fort Harrison State Park was first purchased by the US War Department in 1904 in order to establish a military base. It was named after the 23rd president, Benjamin Harrison, a native to the area. The fort is recognized as the first effort to create a national army out of a collection of state militias. It served as a post throughout the World Wars and even Desert Storm. Development of the park itself began in 1996.

The park covers only 1,700 acres of the old military post, between Fall Creek Road on the north, Boy Scout Road to the east, 56th street to the south, and Lee Road on the west. It lies approximately a mile east off of the the I-465 loop on Indy's east side.

Some of the buildings from the post remain. Many new condos, patio homes, and retail areas are just outside the park, and it's an attractive area itself. There are also the Garrison Restaurant and the Fort Colf Course sitting just outside it's eastern border. The Fort Harrison State Park Inn sits adjacent to this to the south. You can find a map of the area here.

Fall Creek (and the smaller Lawrence creek) courses through the park and two ponds can be seen as well. Delaware Lake is the largest and fishing is allowed with a license. Visitors can hike, bicycle or drive to this location which is centrally located. The Duck pond is an easy hike or bicycle ride eastward.

More About the Park

In total, Fort Harrison State Park offers approximately 13.5 miles of hiking trails. (the Schoen Trail is multi-use/shared with mountain bikes) Most of the area is wooded although there are some prairie like areas as well that provide excellent viewing of wildflowers, especially in the spring. Off of the main road just beyond the parks center, is the sledding hill which draws small crowds after a good snow fall.

There are horses available at the saddle barn and a single horse trail at the south end of the park. In this area, visitors can also find a picnic area, bird viewing area, classroom, and the Nature and History Center.

Most of the hiking trails offer a dirt/sand or finely crushed limestone surface. The Harrison Trace Trail offers riding for those on bicycle. It's a paved trail that loops around Delaware Lake and the Duck pond at the east end of the park and runs west through the Walnut Plantation to the extreme west end of the park. The trail is flat on the west end and rolling on the east.

There are adjacent nature preserves, including a rookery, but they are closed to the public. The park also has a small Museum of 20th Century Warfare (remember it was a US military post somewhat recently).

The 2.75 mile long Harrison Trace paved trail is the longest in the park. It has sections that are rolling and provide a good view of the ponds. It has restrooms available at both the east and west ends. Most of it's length is wooded.

The Camp Creek Trail can be accessed from Harrison Trace and provides 1 mile of hiking. It has a dirt/sand surface primarily and provides a pretty view of a wooded ravine and small streams.

The Fall Creek Trail, as it's name would imply, follows along the southern border of Fall Creek for a good distance before hooking up with the Camp Creek Trail for a loop. It's 1.1 miles long and offers access to the ponds as well.

The Lawrence Creek Trail is a 3.6 mile loop trail (multi-use) at the western end of the park. It is wooded and rolling with a dirt/sand surface. I've seen deer along this trail on several occasions. It can be access at the west end across from the Walnut Plantation or on it's eastern end about a quarter mile north of the saddle barn.

The Camp Glenn Trail which is 1 mile long, runs generally north to south and takes hikers up a steep hill through a small grassy area and then into the woods. Hikers get a good view from the ridge within the grassy area, allowing them see a small creek, the roads, and woodland below.

The Schoen Creek trail is one that I haven't hiked. It runs 3 miles through the area just southwest of the Gatehouse and is said to provide good viewing for grassland birds. The Tree ID trail, 1 mile long, is also in this area and helps to educate visitors about the trees within the park. 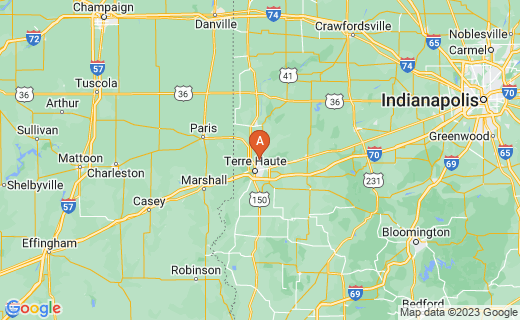 A View of the Fort Harrison State Park Inn