These fun facts about Australia show a little more about the unique geography, climate, people,wildlife and culture of the land down under.

This lens was proudly brought to you by football, meat pies, kangaroos and Holden cars.

Get Cosy With a Kangaroo

It's a Pretty Big Place

Due to it's size the country has many varied climate regions, from deserts to snow capped mountains and tropical rainforests.

The country is also the worlds largest island. This isolation from other continents (yes, the country is a continent as well) has resulted in the evolution of many unique species of flora and fauna. The worlds fastest growing trees, the Australian Eucalyptus and the unusual creature called the platypus are prime examples.

Reader's Digest - Australia the Beautiful
Experience all of Australia's dramatic contrasts, from ancient, misty forests to prehistoric canyons, from pristine lakes to majestic peaks, and from sophisticated cities to some of the world's greatest wilderness areas.
Buy Now

Surprised? Every winter the Australian Alps have more snow cover than Switzerland. The Alps (or "Snowy Mountains")are part of the Great Dividing Range on the eastern side of the country. The Great Dividing Range stretches over 3,500 kilometers and runs from north to south through the states of Queensland, New South Wales and Victoria.

The ranch has a carrying capacity of 16,000 head of cattle but due to the extended drought in Australia this has currently been reduced to less than 2,000 head.

Australia's Outback is Perfect for Stargazers

Due to it's low humidity and the absence of artificial light sources and pollution, the Australian outback is among the best places in the world for astronomers. To the naked eye the sky appears to be ablaze with countless stars.

Astronomers are greeted with a clear view of the stars, planets and constellations. The centre of the Milky Way is directly over head while the rest of the galaxy stretches north to south. The three brightest stars in the sky, Canopus, Alpha Centauri and Sirius and the nearest galaxies of the Magellanic clouds are prominent features of the outback skies.

The Tasmanian Devil is Not Just a Cartoon Character

The Tasmanian Devil is the largest known carnivorous marsupial living in the world today. They exist in the world only in the island state of Tasmania, having become extinct in the mainland over 400 years ago. Since the 1990s the survival of the devil has been threatened by a disease which causes facial tumours. In 2008 they were declared endangered.

The Tasmanian Devil is a small black marsupial, about the size of a small dog but more muscular. They will hunt other small animals but are opportunistic feeders and often feed on carrion. Their fur is usually black but may exhibit small white patches. They make a range of sounds including high pitched screeches. When alarmed, they can produce an unpleasant odour more pungent than a skunk. When feeding, they will consume all parts of the carcass, leaving little trace of meat, bone or internal organs.

Research is continuing to look for a cure for "devil facial tumour" that currently threatens the species. Healthy populations are being protected by removal of diseased animals and two "clean" insurance populations have been established. The cancer like disease is contagious and it is believed low genetic diversity in the species has contributed to a lack of immunity.

Australia has a Climate of Extremes

Due to the diversity of climates across the country extreme weather conditons are not unusual. There can be a lot of variation from the coastal regions, the deserts of central Australia, the Snowy Mountains of New South wales and Victoria, the temperate rural areas and the tropical areas to the North of the country.

Temperatures in the desert areas have been recorded above 51 C (123 F) and at the other extreme the mountain snowfields have been as low as -23 F (-9 F).

Australia is considered to be the driest continent with more than 70% of the land mass receiving less than 500mm (20 inches) of rain per year. The largest desert, the "Great Victoria Desert" is one and a half times the size of the UK. The country is currently experiencing one of it's longest droughts in living memory.

Tropical cyclones are common in the northern coastal areas during the summer wet season.

IMAX Presents: Australia - Land Beyond Time [DVD]
Australia, the world's largest island and smallest continent is an exotic, intriguing land shaped by its isolation from all other lands. With thousand of miles of red desert sand dunes that characterize its famous Outback and lush coastal rainforests rich with unique wild life, Australia is a place of extremes. Australia- Land Beyond Time takes viewers on a breathtaking journey back in time to witness the birth and evolution of a mysterious land that harbors remnants of Earth s earliest life and many of it s strangest creatures that exist nowhere else on the planet.
Buy Now

Home to The Biggest Crocodiles

The Salt Water Crocodile is the worlds largest reptile. They can be found living in the northern coastal regions of Australia. They normally grow to around 4 metres in length but have been recorded up to 7 metres (23 feet).

Like all crocodilians they are very effective carnivores and hunt by stealth. Crocodiles are considered to be more aggressive than alligators. "Salties" as they are known will attack humans if given the opportunity.

They are a protected species but they will be removed from an area if they considered to be danger to humans.

Why is Australia Called "The Lucky Country"?

During the it's pioneering years Australia was seen to be a land of opportunity for newcomers to the country. Large temperate areas were ideal for farmers. Discoveries of rich mineral deposits promised riches for thousands of miners who travelled to Australia from all countries.

Today the mining industry still makes up a large part of the country's GDP. Australia is the worlds largest exporter of iron ore and the largest producer of bauxite from which aluminium is extracted. The country also has the largest deposits of zinc, silver and zircon. Australia produces around 10% of the world's gold resources and 40% of uranium. 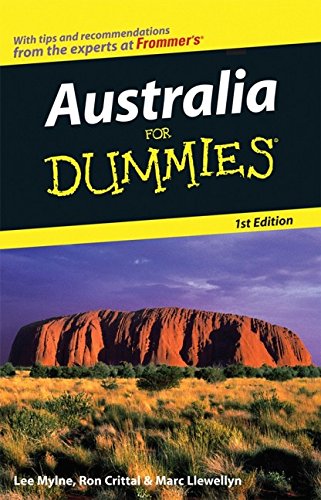 Australia For Dummies
From the Outback to the Great Barrier Reef to glorious, cities like Sydney, this guide helps you find the Australian adventures that are right for you, whether you’d like to cuddle a koala, explore a shipwreck, or climb the Sydney Harbour Bridge. It gives you the scoop on: Where to spot all kinds of wildlife, including kangaroos, platypuses, wallabies, Tasmanian devils, wombats, marsupials, and man-eating crocodiles The best places to take a beach walk or a bushwalk, where you’ll wind beneath dripping tree ferns and pounding cascades The best places to experience Aboriginal culture and find Aboriginal arts and crafts
Buy Now

Looking For Something Uniquely Australian? Try a Platypus! 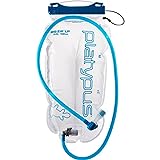 At least that is what it used to be called. When first settled in 1835 this area around the Yarra River region of Victoria was named after one of it's first settlers, John Batman. Between the years 1835 and 1837 the area was also known as Bearbrass, Bareport, Bareheap, Barehurp and Bareberp. In March of 1937, the town was officially named in honour of the British Prime Minister, Lord Melbourne.

The later mining boom in the areas around Melbourne resulted in the town growing rapidy. At the time of the country's federation in 1901 the Federal capital was situated in Melbourne until it could be relocated to new parliamentary headquarters which were to be built at Canberra. The Canberra construction was not completed until 1927, so for 26 years Melbourne was the capital of Australia.

Personally, I think "Batmania" would make a great name for a capital city.

Australia has Over 6,000 Species of Flies

6000 species of fly, with of course the house fly being the most common, followed closely by the larger blowfly of various types, otherwise known as the "blowie". This is the reason for the now famous "Aussie Salute", a quick flick of the hand across the face to discharge the annoying little insects.

The Aussie salute, as well as the flies, is noticed more in regional areas of the country. Flies are prevalent in the cities as well but many of them prefer the quieter more laid back country lifestyle.

Flies have also been credited with affecting Aussie fashion. Up until the 1960s the Australian Cork hat worn as a fly deterrant achieved almost iconic status.

The fly has also had an influence on the cuisine of Australians. Due to the problems associated with keeping flies off meat, jerky, salami and other hung sausage meats never really took off. This resulted in oils and brine solutions becoming the preferred forms of preserving meat.

Not just the largest population of wild single humped camels (dromedaries), they are the only herds of dromedaries in the world exhibiting wild behaviour. Today's Australian camels are the feral descendants of the camels brought to Australia since the 1840s.

Camels were originally imported for their obvious use as transport animals, especially in the more arid regions of the country. Eventually this led to a camel breeding industry and for a period the beasts were highly valued.

With the advent of more efficient forms of mechanical transport in the 1900s, the value of camels plummetted and many of them were simply abandoned by breeders and handlers who could no longer afford to keep them.

Today the feral camels are thriving in the outback conditions and although considered a pest it has not yet become clear how much of a danger they may be to native flora and fauna. The camels feed on vegetation that is disliked by native animals and their large padded feet do not contribute to soil erosion. It has been suggested that camels may have filled the biological niche once populated by the extinct diprotodon, a large herbivorous marsupial. The population of feral camels is estimated to be around 1,000,000 animals.

There is now an emerging export market for Australian camels where some are used as breeding stock for Arabian racing camels. The meat of wild camels is also considered to be a delicacy in some countries.