Enjoy Trains of a Bygone Era

Thanks to the Good Works by Railway Enthusiasts

I’ve always had a fascination for steam trains. I can remember when I was young how on my way to school steam use to billow up on one side of the humpback bridge and then a few seconds later the other side as a steam train went underneath the bridge and came out the other side.

Long gone are those days but enthusiast clubs have restored small sections of railways across Britain and run regular services for tourists, which are always fascinating to see.

Whenever we’re on holiday in England or Wales, and we get the chance, we always enjoy seeing these engines from the bygone era; and timing permitting take a joy ride on them.

Years ago we built our own railway model village in our loft, which was great fun.

Below is a collection of some of the photos and videos of steam railways which I’ve taken over the years from our travels across Britain.

Location of Some of the Railways and Trains Featured Here 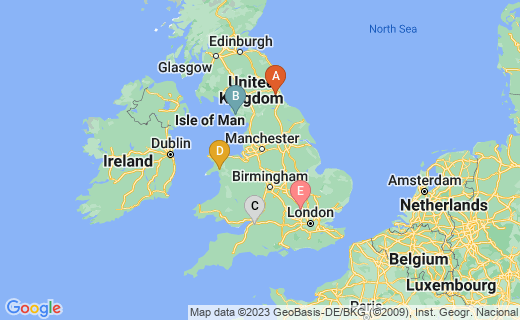 Living museum of historic life in England; the Edwardian buses and trams as free public transport enables you to see the whole complex over two days.

And not far away the Lakeside railway, Lake Windermere.

And not far from Bristol, on the coast of the River Severn is the Clevedon miniature railway.

Our Joy Ride on Puffing Billy

Filmed By Me During Our Visit To Beamish

Puffing Billy Designed and Built in 1815 by George Stephenson

While on a short holiday break in Northern England specifically to visit Beamish we had the great pleasure and honour of taking a joy ride on Puffing Billy; giving us a unique experience of what it would have been like for the first public paying passengers by train.

In those early days of train transportation, almost two centuries ago and before passenger trains became established in the early Victorian period, passenger carriages didn’t exist, so the first paying passengers travelling by train had to stand in the open goods waggons.

Our Joy Ride On the LNER 985 Steam Train

During a weekend visit to visit Beamish in North West England as well has having the privilege of taking a ride on Puffing Billy we also took a ride on this magnificent steam train; which in Contrast to Puffing Billy of over a century earlier passenger transport was well established with comfortable seating in enclosed carriages.

Narrow Gauge and Steam Trains in the Lake District

Ravenglass and Eskdale, and Lakeside, Windermere

I’ve been on holiday to the Lake District a couple of times, each time using the Ravenglass and Eskdale railway service; a narrow gauge railway.

This video is the short film I made of these two great steam train services during my last holiday in the Lake District, England.

Steam Trains and Railways in Unusual and Isolated Places

In going through my collection of old photographs I came across a selection of intriguing old photos of steam trains, miniature railways and model trains and railways, as showcased below.

In Clevedon Park, Bristol, is a miniature railway service providing joy rides for the younger members of the public; so I didn't get a chance to ride on it but it's an excellent idea to have a miniature train circuiting the park as an unusual form of entertainment for kids, giving the parents a few minutes rest on their day out to Cleveland. 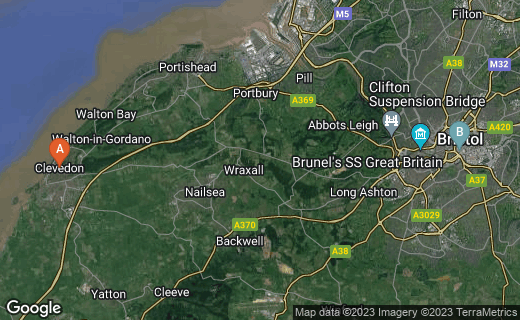 The railway station was Built by Isambard Kingdom Brunel in 1841.

Originally built in the 1830s to transport slate from the quarries in the Ffestiniog area of wales using horses for the upward journey and gravity for the return journey was given over to steam powered trains in 1863 and opened to a passenger service in 1865. Today this narrow gauge railway, almost 14 miles long, runs as a tourist train service, mainly in the mountainous and forested Snowdonia National Park.

The first line only went about a mile, and was an `out and back' service. It was extended to its present length of almost two miles in 1973, and at the time was a unique way to help visitors gain the most from their day at the Park. The majority of the locomotives and rolling stock are genuine narrow-gauge (running on track 2' 6" wide), and were obtained from the Bowater paper mills at Sittingbourne, Kent.

As on the best railways, the locomotives all carry names - steam locos Chevalier, Superior and Excelsior and diesels Hector and Victor.

A commentary is often provided as the train leisurely steams through mixed paddocks of camels, yaks, some of the world's most endangered deer and antelope and past the elephant paddock.

Our first holiday in France was to visit Disneyland Paris, a memorable occasion and while there to get around the complex we occasionally nipped onto this small gauge railway service at the nearest train station to us in the park; and then for a few minutes enjoyed the ride around the park to our next destination stop. 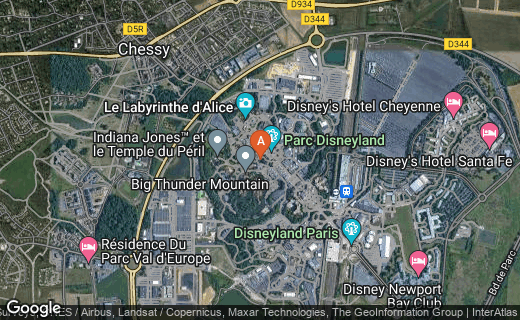 Years ago we constructed a model railway village in our loft which we named Nathanville after my son, ‘Nathan’. Here is a very brief video clip of Nathanville in operation.

Bachmann Trains - Thoroughbred Ready To Run Electric Train Set - HO Scale
These ready to run HO scale train sets make a great starter kit, a train and a bit of tracking. It’s how we started with our son, and within just a couple of short years we bought more models and tracks and was making our own extensive layout in our loft.
Buy Now

Model of Percy from Thomas the Tank Engine

As pictured here, in our back garden proudly stationed is a model train of Percy from Thomas the Tank Engine. Years ago a friend of ours, an engineer by trade, gave us a model train he handmade from sheet metal and wood. I can't remember what colour it was painted but although in excellent condition it was in need of a lick of paint to restore it to its former glory so using car spray paint I painted in the colour of Percy.

The following year, while on holiday, we spotted a plastic Thomas the Tank Engine face washed-up on the beach. The face looked about the right size to fit the front of the model train I'd re-painted the previous year so I popped it in our beach bag for safe keeping and brought it back with us on our return home. As luck would have it the face was a perfect fit so by doing no more than making a couple of minor slits in the front of the model train to take the lugs at the back of the face it snapped into place just as if it had been made to measure.

My great-great grandfather who grew up and lived in the Victorian period kept his own scrapbook of newspaper articles, and this one featured below gives a glimpse of the rapid advancing railway network across Britain during those early pioneering years in steam trains as a commercial and passenger service.

Do you have a track preference for your model railway layout?

If you’re thinking of starting a model railway, adding to an existing one or just want and intriguing toy then this fine model and a bit a tracking is a good starting point. 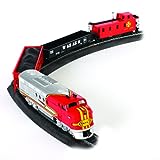 What's your favourite mode of travel when on holiday