Visiting London is a must on your tour of the UK. This page will assist you in getting the most out of your stay in London. London has a long and interesting history as a city. Included in this page is information on the hop on hop off bus tour with an introductory video. London has many varied attractions. I used guidebooks to help me in getting the most out of London's attractions and my stay in this intriguing city.

The horse guard, pictured right, despite much attention from tourists, was not diverted from his duty.

Sightseeing tours are in abundance in London. From the hop on hop off bus to helicopter tours, river tours and walking tours.

Hop on Hop off tour bus

You may be suprised just how much of London you can see by getting on and off this bus. There are three different routes you can take.

One route takes in London's most famous sights including Buckingham Palace, Big Ben & the Houses of Parliament, Downing Street, The London Dungeon, Tower Bridge and The Tower of London.

Walking from one attraction to another can provide things you didn't plan to see or know existed. Like Cleopatras needle. Check out this beautiful sphinx.

Enjoy the many attractions, shops and museums along another route which runs from the British Museum down to Kensington and Knightsbridge for Kensington Palace, Harrods, the V&A, Natural History and Science Museums. An informative commentary keeps you entertained along the way and you can select among a number of languages to listen to.

The bus goes round in a loop, so you get to know the route pretty well if you are in London for a few days and use this bus as your main mode of transportation.

Helicopter tours are becoming the way to see a city from a birds eye point of view. A short helicopter flight can take in views of almost 20 London icons, ranging from Battersea Park to the Shard.

From the eye in the sky to having your feet firmly on the ground. Walking tours are a more sedate and slower way to appreciate closeup the iconic landmarks of the city.

From self guided walks to ones with experienced guides there are a number to choose from. You can explore Lost London with historic maps, experience street art. Or become a detective for an afternoon as you look for lost rivers that flow beneath London

All weather boats make this tour available all year round. With single or return tickets and even hop on hop off, they've got you covered.

Some boats have refreshments available with sandwiches, snacks, soft drinks and alcohol. Live or recorded commentary is given. 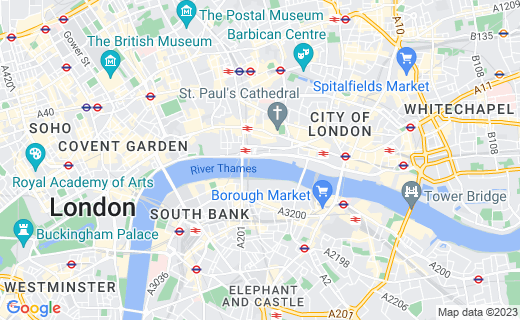 Castle, fortress and gaol, steeped in history, the Tower, has been home to many famous prisoners. Including Anne Boleyn, one of the wives of Henry VIII, Lady Jane Grey, a pretender to the throne of England and the two young Princes, who posed somewhat of a threat to their uncle's 'right' to the crown.

A representation of the Norman conquest, the building sits prominently on a bend in the river Thames. As impressive as it is today, it would have demonstrated the all encompassing power of the monarchy when it was first constructed.

One of the Royal Parks in London. Perfect for walking along the avenues, cycling or taking a picnic. Enjoy the beautiful varieties or roses and ornamental plantings. Inspirational for the home gardener, take any of these large scale ideas home with you and translate them to your own backyard.

Want to get your photo taken next to a celebrity?

Something the first time visitor won't be expecting is the tediously long queue to get into Madame Tussauds. Apparently you can purchase your tickets before you get there. That would have saved me a whole heap of time, if I had known that earlier.

Visible across central London, a feature along the Thames, the London eye or Millennium Wheel will give you a different viewpoint to see the great city.

Like a giant Ferris wheel, the relatively spacious capsules give you a smooth slow ride. Allowing you time to take in breathtaking views across London including Big Ben and the Houses of Parliament.

One of the most famous bridges in the world and synonymous with London is Tower Bridge. I went across the bridge twice on the hop on hop off bus. I walked from a stop further alongside the Thames to look back on the bridge for a photo.

The Tower Bridge is open to visitors to explore the exhibition and uncover its history from its inception to now.

An innovation is the new high-level Walkways, here you can admire the spectacular view of London through the glass floor, high above the River Thames.

The British Museum was one of my favorite attractions to visit in London. I spent a good part of 3 days looking at the exhibits. Treasures from the ancient world, all in one place to see.

Its free to get into the Museum, oh and there are no long queues either! The section I lingered in the most was the ancient Egyptian rooms. Still, I was surprised to find that the British Museum holds the largest collection on Ancient Egypt outside of the country itself.

The Rosetta stone is one of the first objects you see, as its in the main foyer area and when I was there it was surrounded by people. Equally splendid were the Mayan pieces and objects from Pompeii.

Great gift shop and the cafe was quite good too.

St Paul's, with its world-famous dome, is an iconic feature of the London skyline. Step inside and you can enjoy the cathedral's awe-inspiring interior, and uncover fascinating stories about its history.

One of the largest cathedral's in Europe, designed by Christopher Wren, is not the first version of the church. Destroyed by fire and rebuilt many times over the centuries, the relatively modern day version has stood the test of time.

It is at the Royal Mews that the State vehicles are housed and maintained. See the magnificent Gold State Coach used for Coronations and those carriages used for Royal and State occasions, State Visits, Weddings and the State Opening of Parliament.

The Houses of Parliament are a set of imposing architecture with a Gothic style that sits alongside the Thames River in London.

Over one million people visit Parliament each year. You can go on a tour, watch a debate, attend a meeting or event.

There are audio tours which are self guided or you can go on a guided tour to find out about the work, art and history of the English Parliament.

What London attraction do you want to see most?

Consider purchasing a London Pass if you are spending 3 or more days in London. It gives you the freedom to visit many popular attractions without the hassle of standing in long lines for tickets.

Where can you stay in London? There are lots of choices including cheap hotels, charming bed and breakfast guesthouses and friendly hostels.
I decided to stay at a bed and breakfast which was within walking distance of the British Museum.

Some tours offer a hotel collection service in London, collecting from many locations for their main sightseeing tours. You will find the hotels listed below with the collection time.

Premium tours is a tour company that offers this service

For those who find shopping exciting, then London is the place for you. You can easily spend an a whole day browsing shops in London. I spent quite a bit of time in Marks and Spencer.

Markets in different cities are one of my favorite places to see as they are all quite different in style, architecture and the items that they sell.

Leadenhall market is 600 years old and has the most glorious architecture, it's worth a visit just for that.

What do you think of London from a visitors perspective?

4 stars for London as a destination