History Of The Hovercraft

The Hovercraft - A Great British Invention

The Hovercraft is a unique vehicle, that allows travel over water, flat land and marshland, with the hovercraft floating above the ground on a cushion of air. This is something that no other vehicle can do, and best of all it's a British invention.

This page will help you learn about the history of the Hovercraft, and see pictures and videos of these amazing craft in action.

I am particularly interested in the Hovercraft, not only because it's British and that they are amazing to watch, but the Hovercraft was created close to where I grew up and where I now live, so this unique mode of transport is something that was often in the news when I was growing up and always excited me.

Experiments with vehicles that could hover were undertaken in the early 1900s according to Wikipedia, and in 1915 Dagobert MÃ¼ller from Austria built the world's first air-cushion vehicle.

It was not until the 1950s however that the first modern hovercraft was designed by Sir Christopher Cockerell, using the movement of air to create the hover effect.

The photograph above is of one of the craft operated by Hovertravel who operate the only active public hovercraft service in the UK, from Southsea to the Isle Of Wight.

Unless otherwise stated, all photographs are Copyright Tony Payne and are not for use without permission.

The Hovercraft Became Big News In 1959

The first crossing of the English Channel by Hovercraft was in 1959.

Although the concept of a vehicle that floats over land and sea had been thought of before, Sir Christopher Cockerell was the first person to design what we now know as the hovercaft, and in 1958 he contracted the Saunders-Roe company of Cowes, on the Isle of Wight on the south of England to build his prototype hovercraft. Thus the SR.N1 (Saunders-Roe Nautical 1) was born, heralding a new era of transport.

On 25th July 1959, with Christopher Cockerel piloting it, the SR-N1 hovercraft completed the first journey across the English Channel by hovercraft, going from Calais to Dover in a time of 2 hours.

This date was very significant, not only in the history of transport, but also in the history of Dover, as it was 50 years to the day after the first flight across the channel was made by Louis Bleriot, 25th July 1909.

Although the SR-N1 was not a very practical vehicle, it proved that hovercraft technology could and did work, and this quickly led to more advanced designs for passenger carrying hovercraft as well as hovercraft designed for military purposes.

You can learn more about the building of the SR-N1 and it's history at James's Hovercraft Site.

Hovertravel Freedom 90 - This service carries passengers between Southsea and Ryde on the Isle of Wight.

The Hovercraft Museum at Lee On Solent

It's the only Hovercraft Museum in the world.

If you love hovercraft and are interested in seeing a collection of them, you couldn't find a better place than the Hovercraft Museum which is located in Lee On Solent, Hampshire, on the south coast of England.

The museum was built on the site of the former Royal Navy base HMS Daedelus and is home to over 60 hovercraft, and has annual Open Days when many of the working craft can be seen in action. See their web site for more information on dates and the hovercraft that are in the collection.

Video Guide To The Hovercraft Museum

The Propellers (1) are used to propel the hovercraft forward, but also used to drive the fans (3) through which air is sucked (2), forcing the skirt (4) to billow out, and the hovercraft to float above the ground.

Because they hover, Hovercraft are able to cross virtually any flat terrain, including water, sand, swamp and marshland, something that no other vehicle can do.

They can also land practically anywhere, not requiring a port or jetty to be constructed.

Hoverspeed operated a fleet of SRN4 hovercraft that took passengers and their cars from Dover in Kent across to Bolougne and Calais in France from 1981 to 2000, when they were replaced by a fleet of fast Sea-Cats.

The service closed in 2005, the opening of the Channel Tunnel in 1994 reducing the demand for ferry traffic across the English Channel.

Three of the six SRN4 hovercraft that were built are now at the Hovercraft Museum in Lee On Solent.

Hoverspeed SRN4 "Sir Christopher" - In service on the Dover to Bolougne route in 1983.

Travelling on the SRN4 hovercraft was a memorable experience indeed, and one to not be forgotten.

Prior to the Hoverspeed vehicle and passenger hovercraft service, it was often necessary to queue up for hours to begin the long boarding process of a cross channel ferry, which then took an hour and a half to make the crossing from Dover to Calais or Boulogne.

The journey was sometimes rather uncomfortable, if the seas were rough, compounded by the smell of diesel from the trucks that were being carried in the body of the ferry.

Then on arrival in France, the process of unloading and going through customs seemed to take hours.

The hovercraft experience was completely different, and although the largest of the SRN4's could carry 418 passengers and 60 cars, the boarding onto the single deck was completed in a matter of minutes.

The car deck was in the middle of the hovercraft, and on getting out of your car, stewardesses directed you to the side doors, where you entered a seating area along either side of the vehicle, with seats much like those on an aircraft.

When it was time to depart, the four mighty Rolls Royce engines were powered up, the craft lifted what seemed like six feet off the ground, and then slid down the concrete ramp into the water.

The hovercraft maintained a slow speed within Dover harbour, but once outside the engines were throttled up, and the hovercraft with it's load skimmed across the channel, with a sensation that felt similar to what can only be described as driving along a cobbled street at 30 miles per hour.

Once in France, the hovercraft slid up the ramp, the engines cut, the vehicle lowered to the ground, the front was opened, and the cars drove out. Passing through customs was relatively fast, and visitors to France were swiftly able to drive off to their destinations.

The photograph shows my son in Dover just before we boarded our hovercraft for Bologne. 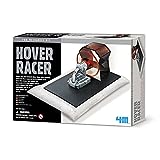 Hovercraft Toys - For Boys of All Ages (and that includes Dad!) 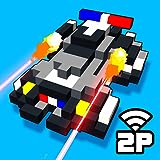 Ride The Hovercraft From Southsea To Ryde

Hovertravel operate a daily passenger service to the Isle Of Wight.

Hovertravel operates a daily passenger service from Southsea in Hampshire to Ryde on the Isle of Wight.

Hovertravel provides the fastest Isle of Wight ferry service across the Solent and is the world's longest running and only commercial hovercraft operator in Europe. Our passenger ferry service takes you directly to the shore at Southsea or Ryde in just 10 minutes. Easy onward travel connections are available with our Hoverbus to Portsmouth, bus and train connections at Ryde plus large car parks at both terminals.

If you are driving to the Southsea terminus, just set your SatNav/GPS device to the following address:

Hovertravel "Island Express" on the ramp at Southsea

Additional Hovercraft Information - I am grateful to the following sources which helped to provide a lot of detailed information for this lens.