While many, many Japanese things are finding their way all over the world, I can't see how the Japanese hot spring (or onsen) can be exported.

The onsen experience is probably the best thing about Japan. You have to come here to enjoy it. Now before you get started with the pitchforks and torches, keep reading and you'll see what I mean.

There are over 3,000 hot springs in Japan. That's a lot. What gives? Japan is an island nation formed largely by volcanoes. Also, almost the entire country rides the eastern part of the Pacific "Ring of Fire," meaning a lot of geological activity (including earthquakes).

All this brings magma closer to the surface than other parts of the world. This means hotter and mineral-rich ground water, which means hot springs.

There are hot springs all over Japan but I went to Shirahama in the Wakayama Prefecture. Shirahama is famous for its hot springs and beaches. With so many choices, where do we go?

In the end we chose the Yukai Resort Hotel. It is an onsen and ryokan (traditional Japanese hotel). How did it go? Did we have fun?

What made the Yukai Resort Hotel so appealing was how close it was to us (in Osaka) as well as its value.

At Yukai, the price for each of us was only 7800 yen! This included unlimited use of the onsen below as well as a breakfast and lunch buffet. It's close to the beach, too!

Here's the way it works... Wake up, get some breakfast, go to the onsen. Then, return to the room and relax, get some lunch and go back to the onsen.

In the late afternoon and evening people usually explore the local sites and have dinner at a nearby restaurant. Finally, one more trip to the onsen before calling it a day.

Simmering in the hot spring is relaxing and refreshing. Being so close to the sea, anyone can forget the stress of the city. Most onsens also have manga libraries, ping pong tables and karaoke.

But what many people don't think of is the hospitality of the ryokan. Japanese hospitality is called, "omotenashi" and it rivals service you'll find anywhere else in the world. 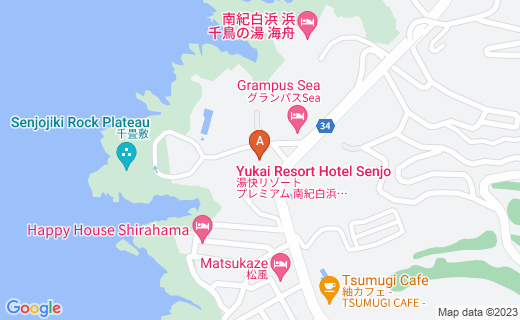 If you can't make it to the onsen, take a look at "Naked in a Japanese Hot Spring" by Kriece. Yeah, that's his name. I found a copy at the Shirahama hot spring of all places. It was in the very small foreign language section of its manga library.

I picked it up and within a few minutes, I was rolling with laughter. His book reminded me why I decided to travel and why I started in Japan.

Kriece was an exchange student in Kobe when he first went to an onsen. The onsen he went to was in Matsuyama in the Ehime Prefecture. He shares the culture shock of nudity in front of a bunch of strangers at the hot spring and the unwritten rules that are only obvious after the fact.

While I'm still here enjoying the wonders Japan, Kriece has moved on. His book spans four continents, not including his native Australia. The other stories of his book are just as funny as the first. If he decides to write a followup, I'm certain it will include Africa and Antarctica.

In the meantime, I'm already looking forward to hitting the onsen next summer. Shirahama was a blast but I won't rule out Matsuyama in the future.

Hot springs all over Japan come in all shapes, sizes and price ranges. This is the Musashi Onsen also at Shirahama in the Wakayama Prefecture.

Have you been to an onsen (Japanese hot spring)?

Have you been to an onsen (Japanese hot spring)?