Kobe's Festival of Lights: The Luminarie

Every December crowds gather in the Japanese city of Kobe as it holds its last festival of the year: the Luminarie. Every evening, for eleven days straight, over 200,000 colorful lights bring cheer to visitors and residents alike.

December in Japan is cold. I prefer to spend these nights shivering under my kotatsu with a warm cup of ocha. So when my girlfriend told me about the chance to walk around downtown Kobe for hours looking at lights, you can imagine my reluctance.

What? Another festival? The more she told me about the Luminarie more interested I was. She didn't have to tell me twice. I grabbed my camera and we were on our way. If you're in Kobe for the Luminarie, dress warm and follow the crowds streaming downtown.

If you can't make it then keep reading, I'll show you the way.

So what's going on?

The Luminarie is a festival in Kobe celebrated with thousands of colorful lights fixed on huge arches that tower over its downtown streets. Only certain streets in Kobe's swanky Sannomiya district are chosen. One beautiful street leads to another and it becomes a path visitors walk.

The path leads to the park: Higashi Uenchi (or Amusement Park East). At this park, there are more lights to enjoy. There are also vendors selling food and drink. Like other festivals, there are vendors who offer games but these are very few because of the weather.

Don't worry about the games. Enjoy the beer with Japanese treats such as karage (fried chicken) or corn on the cob. If beer is too cold then you'll find warm sake (also known as one-cup sake). For the kids there is hot chocolate, soda and tea.

You won't find yukatas or kimonos here. This is December at night. People dress warm and so should you.

What is the Luminarie about?

The Luminarie began in 1995 as a memorial of the Great Hanshin Earthquake. This earthquake was one of Japan's strongest of the 20th century and especially devastating to Kobe. These lights and arches were a gift from Italy. They brought hope and cheer to the people still recovering from the damage. While Kobe has recovered, the message of the Luminarie is remembered every December.

If you're in the area, swing by. You might see me there! 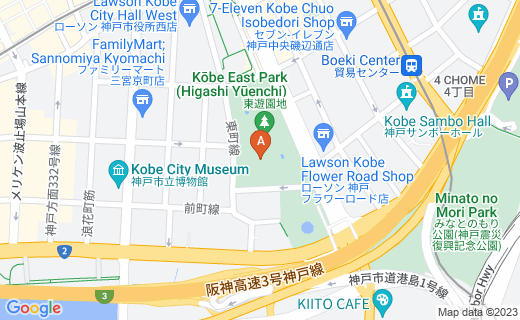 What do you think? - Can you brave the cold?

Want to join the Luminarie?

Did you have fun? - See you next year!