Marlow: How Our Marlovian Accent Has Changed Over The Years

Nell is a Marlovian through at least a couple of generations on both sides and loves the local history and people.

Marlow, a little town on the river Thames. Nothing much has changed over the last hundred or so years, apart from one tiny thing.

Since the beginning of the 20th century, our accent has changed from country speak to posh town speak.

But if you listen carefully, you will still hear that twang of old Marlow. Or should I say Marla Bucks?

I believe that if we wanted to, all of us good old blood and guts Marlovians could actually hold a conversation between us that the Nouveau Marlovians wouldn't understand! Ha!

So lets' take a stroll down memory lane, with a few old vintage postcard photos to add to the taste of old time Marlow. Ay be ain?

Even the Sheep laughed!

One of my mothers favourites memories that always made us laugh has to be the famous 'Oked' up remark.

Many years ago when my parents got married, Marlovians still spoke in that broad countryside accent. It was so strong back in the early years of the last century that these days nobody would understand a word they were saying!

My mum and dad both came from Marlow, in fact I can trace my family back at least 200 years. But that didn't stop my mum being totally confused when just after they got engaged, she was greeted by the local farmer herding his flock of sheep through the town.

This was back in 1947 and the locals were a hard working but close knit community back then. So of course they all knew each other, and the farmer was quick to shout out:

'Oh Jimmy me lad, when ye both be getting oked up then?!'

My mum looked at my dad and said, 'What the hell was that?' Laughing my dad translated it for her.

'Well we are getting Oked up baint we?? Baint being a proper word back then, roughly translated as:

'Baint - are we not? Aren't we? And more to the point, stop asking stupid questions and just say yes!!

So my mother smiled and in country speak answered, 'Yep we be!' Which to the farmers credit, he didn't take offence he just yelped 'Whoo ee, jumped up and down and frightened the sheep which resulted in him chasing after them yelling at the top of his voice:

'Holdy here ya little buggers' Wait on me or I'll do fer yer'!

Oh those days! My mother would be in the kitchen cooking away quietly and my dad would blunder past and knock something over. Then came the look and the glare, swiftly followed by, 'There or 'nare!'

No, not a comment, it was a statement and a hard one. 'There or nare!' Meant anything from, 'you klutz' to 'Can't you watch where your going?' Or more to the point, 'You clumsy twit!

That word.... There or more to the point, nare....meant so much in our house!

Of course there was my favourite one too, in fact I noticed it on the Marlow facebook page recently, and it made me smile.

That one was a classic. It had a variety off meanings.

'I'll be blowed...! There goes Nancy with that new man, how did she get him she is punching well above her weight!!

And of course the old staple......'I'll be blowed....why are you so darned clumsy?' Usually aimed at my dad!

But of course the main meaning of 'I'll be blowed...was usually when something was so astonishing that there wasn't any other word that could be used with as much power!

These days it would be used in the context of:

'Well I'll be blowed!! I just won the lottery!

Along with these amazing 'Wordism's' as I like to call them, was the famous:

And one of my all time favourites was :

'Ark!'......Which was the main word yelled at the top of her voice when she couldn't hear what was being said, or she was just being nosy! 'Ark' meaning hark, or shut the hell up I can't hear them! And it always sounded like a crow cawing at the window! 'HARK!!!!'

Jeez my poor ears when I got in the way of that one! Especially if it was followed by the famous 'Mud Look' that only mothers and grans could do!

I was recently told by a lovely couple of Marlovian octogenarians that one of the oldest Marlow quotes went something like this:

'Ar' you always recognize him because he has got a sack on his back'! lol!

I asked a few good old Marlovians what they thought and this is what happened....!

So your walking down the road and you meet up with a friend who yells, Y up mare`t Ay B on? Roughly translated as Hiya how you doing? Or what are you doing? Yep it takes a bit of getting used to unless your born and bred!

And if you were being really naughty as a child you would be yelled and told to Stop being garrity!

Of course if you did anything back to front or wrong it would be Arse uppards! But one of my favourite has to be:

Which means, well, God knows but.....in plain speak this usually happens when the man of the house is looking out the window and notices its going to pour with rain! Who is Wills mother? Yep God knows.....! (which happens to be another Marlow Quote! as in God knows what time he will be in, or God knows what you did with your socks.....!

My mother had a deadly look if you did something wrong. We called it the Mud look and boy did we know it when she was angry! On one of those days when as children we were being a 'Roit pain in the arse.... she would smack our legs and say There now you know it!

But on a good day everything was Tika de boo! If not then you can guarantee that it was my fault and I would be told that I was Being occard! or awkward.

I used to love wandering down the town and be greeted with Alright me duck? Or 'Ai be doing Mert? (Mate) 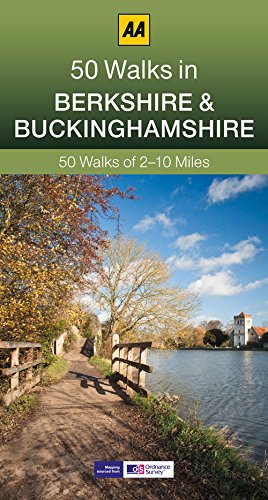 'Cheeselog!' We would yell at the top of our voices and grab the nearest stick or pencil to torment the poor little thing......!

If we didn't have any money we would be Skint!

Casting my memory right back I remember playing in the shed a lot as we had our toys, pet mice and our racetrack in there. And very often we would notice a bug trundling across the ground.

'Cheeselog!' We would yell at the top of our voices and grab the nearest stick or pencil to torment the poor little thing. So.............. I can hear your brains grinding from here.......what the hell is a Cheeselog?

Well a woodlice of course! Simple!

Then our mum would yell for us to go get the tea, but we would be cockin a deafen! But when we did get inside and ask what was for our tea we would be told 'Iffits'! If its in the cupboard then you can have it......!

Oh those were the days!

My mum Going dain Marla tain on her Boyk! And her stopping to talk to 'Paddy the next best thing or Telephone Steve!

Yes that was good old Marla. Back in the day they would always add a story to the man or woman's name. It always made the people sound fun or mysterious!

How ya diddling, bread and scratch it.... 'go grab the gamp or umbergamp, its raining! Were just a few more of our good old Marla or Marlow sayings.

Here's one of my favourites. If you are acting stupid, being a pain in the butt or just acting silly then you are Doolally Taps!

But just before I go I have to leave you with one more saying. I am not sure if its good old Marlovian or not, but my dad always used to say a particular quote if he believed someone had done a better job than him.

'Nothing changes, and that's what makes it the heart and blood of village life. The sameness.

Ah Memories! There are so many more which I am sure will come to me when I have written this.

But these were the main sayings and quotes, accents and dialects, call it what you will, that was part of my childhood, and thank goodness the language still goes on today.

As long as we have people who remember, then we will never lose the charm that is Marlovian.

Has your town or village lost its accent?

Gordon Bennett - An exclamation of surprise.