Highlights of the National Gallery of Art: A Washington Family Day Trip

What To See If You Only Have One Hour at the National Gallery of Art!

The National Gallery of Art is located on the National Mall in Washington D.C., and is a great change of pace from the many museums that are nearby. The paintings range from the Middle Ages through modern times, and there is even an outside garden for modern sculpture.

Financier Andrew W. Mellon's artworks formed the nucleus of the gallery when it opened in 1941, but the collection has since grown to become one of the best in the world. The increase in the number of works led to the creation of a second building to help house the collection. The West Building is shown here. There is also an East Building. Entry is free of charge.

We only had an hour one day to visit the gallery, so we asked the woman behind the front desk for suggestions on what to see. Together we mapped out a quick route that would hit some of the major art pieces in one section of the gallery, then off we went!

The Only Da Vinci Panting in the U.S.!

We started our visit by going upstairs directly to gallery 6, where the highlight of the entire collection is kept.

Leonardo da Vinci's Ginevra de' Benci was painted sometime between 1474 and 1478. A portrait of the daughter of wealthy Florentine banker, it is among Da Vinci's earliest work in oil paint. The painting is also the only one by the artist on display in the United States, and in some references I have seen some claim it is the only Da Vinci on exhibit in the Americas!

It is a lovely work, though I think she looks a bit sad. Or maybe forlorn?

Interestingly, the painting is two-sided and you can walk around behind it. On the back is a wreath of laurel and palm with a Latin inscription that means ''Beauty Adorns Virtue.''

Plus a Classic Pose by Napoleon

Near the Da Vinci painting are a number of works by Botticelli, including Portrait of a Youth (ca. 1482-1485) in the next room. We passed by the Flemish painters to check out the Vermeers, including The Girl with the Red Hat (1665) and Woman Holding a Balance (1664). The red used in the first painting is eye-catching, and there was something serene about the second painting that really captured my attention.

Continuing past more than a half-dozen paintings by Rembrandt and his workshop we stopped in front of Mounted Trumpeters of Napoleon's Imperial Guard (1813-1814), by French painter Theodore Gericault. The colorful image of the guard and horse contrast boldly with the dark-toned background. It's really worth seeing.

We had sought out the painting because Gericault also did The Raft of the Medusa (1818-1819), which is an oversized painting that we had seen in the Louvre in Paris a few years ago. The Raft of the Medusa depicted the survivors of a shipwreck floating helplessly at sea and was based on actual event that had caused a huge scandal at the time.

Nearby is a life-size painting of Napoleon standing with his hand tucked into his shirt, just the image that I think we all grew up with! The Emperor Napoleon in His Study at the Tuileries (1812) by Jacques-Louis David is well worth seeking out (see photo).

A Discussion of the Napoleon Painting

Madison and Monroe too!

Edward Savage's The Washington Family (1789-1796) is worth seeking out. The painting was a hit from the moment it was first exhibited in 1796. It is a large painting, roughly 7 feet by 9 feet, and shows George and Martha Washington and her two grandchildren from a previous marriage (George Washington had no biological children of his own). Interesting to note that they are being attended to by a black servant (presumably a slave?).

One of the most amazing parts of this section of the gallery is The Gibbs-Coolidge Set of the First Five Presidents, as the National Gallery of Art names them. In 1821 Gilbert Stuart was commissioned to produce paintings of the first five presidents: George Washington, John Adams, Thomas Jefferson (see photo), James Madison and James Monroe. All five were done from previous portraits, but are still amazing to look at.

Farther on is Watson and the Shark (1778) by John Singleton Copley. This is the original of three versions Copley painted that depicted a shark attacking 14-year-old Brook Watson in the waters off Havana. The painting caused a sensation when it was exhibited. Watson survived the attack but lost part of one leg. He later became Lord Mayor of London!

A search of ''National Gallery of Art Washington'' on Amazon.com returns an astounding 6,088 books! With so many to choose from everyone should be able to find one that they will like.

Here is a search of a few of the National Gallery of Art books available on Amazon, but feel free to search for your own!

P.S. Please note that you can adjust the search terms to focus more tightly on a particular topic, or even to search for anything else you might want on Amazon!

The National Gallery of Art has eight paintings by J.M.W. Turner, five drawings and several dozen prints (116 items in all according to the gallery's website). The painter is mostly known for his landscapes, and the fact that the British hold him in very high esteem. If you visit the galleries and museums in London he is forever praised.

But he doesn't do much for me. I don't find him particularly exciting, and some of his paintings just seem pedestrian (though very well done).

Among the British paintings at the National Gallery of Art I much preferred Salisbury Cathedral from Lower Marsh Close (1820) by John Constable, for instance.

The best painting in the area, however, is Joshua Commanding the Sun to Stand Still Upon Gideon (1816) by John Martin. This was the work that cemented his reputation, and it really is magnificent (see photo). The piece is incredibly detailed, with so many tiny characters in the distance. There is red in the foreground, fading into darker colors in the distance except for the break in the clouds above. Definitely check this one out because the photo here really doesn't do it justice.

Samuel Morse's ''Gallery of the Louvre''

A Painter Before the Morse Code Was Developed

We ended our short tour of the National Gallery of Art's West Building in front of ''Gallery of the Louvre'' (1831-1833) by Samuel F.B. Morse, who of course is far better known today for inventing the telegraph and helping devise the Morse Code.

The painting, which is huge at 6 feet by 9 feet (see photo), shows a section of the Parisian museum, with more than three dozen works of art hanging on the wall. Morse put them all in one room even though they hung in various areas of the Louvre at the time. Note the Mona Lisa in the lower center of the painting.

The work apparently was not well-received when it was exhibited, which led Morse to turn away from painting and into the field that would lead him to fame and fortune.

The painting is on loan to the National Gallery of Art from the Terra Foundation of the Art, and for more details of the painting you can visit its website.

We had run out of time so that was the end of our visit to the West building of the National Gallery of Art. We felt like we barely saw the tip of the collection, and we were only able to move as fast as we did because we have been going to art museums for many years and know what we like and look for it.

If you like to linger over a painting, simply wander through the rooms and stopping at what catches your eye, there's little chance of seeing as much as we did in our quick, short tour. We plan on visiting the gallery again, when we will focus on works in another area.

p.s. I took this photo. The other photos accompanying this lens's text are in the public domain.

A Video Tour of the National Gallery of Art

A nice tour of the National Gallery of Art. Enjoy!

Have You Toured the National Gallery of Art?

My wife and I really enjoyed our visit to the National Gallery of Art. Have you ever visited the gallery, or do you plan to? If yes, what did you think? If no, why not?

Have you ever been to the National Gallery of Art

Ford's Theatre, Renoir and the Museum of American History - Our Other Washington D.C. Travel Reviews

We actually brought several travel books with us on our trip, but found that Fodor's had everything we needed and became the only one we carried around with us.

There's lots of good information in this book, and not just the travel details that you need to know -- like when a particular place is open or closed. The book does a good job giving plenty of context about each tourist attraction so you can make a decision on which to visit and which to skip.

There's also a pullout map at the back that was easy to use for the downtown area. We used the 2012 edition but there is a newer one for sale that you should get. Buy it now! 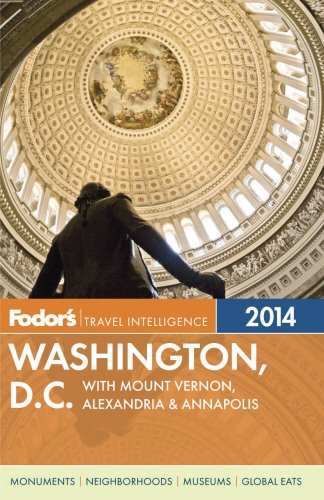 For more on who we are and what we write about, please see here:

I hope you enjoyed this lens as much as we enjoyed visiting the National Gallery of Art. Please share your thoughts on the gallery, its art, this lens or anything else that's relevant.

All the illustration here are considered public domain, except for the photo i took of people looking at ''The Gallery of the Louvre.''