The Northern Road Trip Route, from Washington to Maine

This route will cover the states of Maine, New Hampshire, Massachusetts, Vermont, Connecticut, Rhode Island, New York, New Jersey, Pennsylvania, Ohio, Illinois, Indiana, Wisconsin, Minnesota, South Dakota, North Dakota, Idaho, Michigan, Wyoming, Oregon and Washington. It will also give you a good idea of what to expect when driving through these states, where to stop, and what to do.

Photo of Jordan Pond, Acadia, by kds4850 on flickr.

Open up that Atlas!

Plan out your road trip route!

Or, open up that Google Map. Now, figure out where you live on the big old map of the United States. Your beginning point should be as far east or west as you can make it to cover the most ground and see the most area. Heading directly east or west is best.

The northern states covered in this lens number at 21.

How many of the states covered in this lens have you visited?

The Bulk of this Route

What can you Expect to See on this Route?

This route will wind through the backroad areas New England has to offer, and shoot down to Manhattan and up New York state to see the Big Apple. From there, you'll head upstate to see the Catskills and Adirondack region. Once over those mountains, you'll proceed to Niagara Falls and across the cities of Erie, Pennsylvania, and over to Cleveland. This industrial area will lead to open prairie land until you reach the city of Chicago, which will turn back into prairie once leaving (very quickly, too!).

Wisconsin and Minnesota landscape on the southern side will be flat farm land, but to the north lies some excellent parks and boreal forests. Once across Minnesota, you will enter the barren state of South Dakota. This will progressively become the Badlands region, culminating with Badlands National Park. This arid region transforms into the dry plains region of eastern Wyoming.

Half-way across Wyoming, you will reach the Continental Divide, which abruptly separates the state. As the interestate becomes less and less crowded, you'll visit the national parks of Yellowstone and the Grand Tetons. A slow descent and over Hells Canyon in Idaho will bring you to Washington state. The high, mountainous region contains many national parks. This road will seemingly slant directly towards Seattle and the Washington shore. A trek down the Washington coast is an amazing journey, perfectly complimented with the high cliffs and waterfalls of Oregon.

The northermost point, where your road trip begins (or ends!)

Maine and Washington are beautiful destinations to set your trip to. The rugged coastline of Maine is unlike the rest of the east coast, as you will quickly notice if you visit the rest of the eastern seaboard. Craggy shores lined with pines and firs make for dramatic New England scenery and a relaxing vacation spot.

Maine is famous for a number of old lighthouses...over 60 to be exact! These antique maritime navigational aids are easy to reach from Route 1. Just like the Pacific Coast Highway of California, Maine's Route 1 provides outstanding views and the most direct route to all of the shoreside destinations of Maine. A few lighthouses you may recognize in particular. The massive Portland Headlight is the oldest in the United States (1791). At the top of the state, right on the US-Canada border, is West Quoddy Head Light. This striped red and white lighthouse is on the easternmost point of the United States.

The weather in Maine is very cool, nearly all year long. Temperatures rarely crest over 80Â° due to the high latitude and closeness to the cool Atlantic air. Expect nighttime temperatures to take a drop. Bring sweatshirts with you everywhere towards the end of the day or on the open ocean.

Starting at Acadia National Park, you can take Route 1 south along the coast to see all of the small Maine towns like Bath, Boothbay Harbor, Kittery, the capital of Portland, Rockland, Freeport, Kennebunk and Wells. From Portland, I-302 will take you directly into the White Mountains of New Hampshire.

You would think that everything is completely settled and concrete in terms of boundaries between the United States and Canada.

Machias Seal Island off the coast of Maine and New Brunswick is still disputed as being part of either country.

New Hampshire is just a short drive from Maine. It is a small state, but has plenty of sites to see in this small area. The White Mountains are the state's primary destination, which are located in the middle of the state. From Maine's I-302, you will be dropped right into the middle of the White Mountains and the town of North Conway. Nearby is New England's highest peak, and reportedly the windiest area of North America, Mt. Washington. From North Conway, be sure to visit Franconia Notch and the famed Kangamangus Highway. This road winds through the White Mountains National Forest and is of "National Park" proportions. For a real treat, see this area in the peak fall foliage times of late September-early October.

From the White Mountains area, hop onto I-302 again west until you reach I-91 south. Heading south on I-91 will hug the Vermont-New Hampshire border until you reach the town of White River Junction. At this point, head north on I-89 to visit some small Vermont towns.

New England Guide - A recommended synopsis of what to do, see, where to stay and go in New England

There are so many things to see in New England, it can be helpful even for a native to have a guide to see the best areas. This guide provides some of the best areas, well-known and hidden, to navigating the six states of New England. This will definitely enhance your trip. 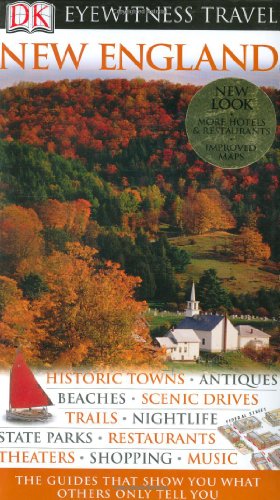 The Sears Tower in Chicago

Chicago's O'Hare International Airport was 2nd busiest airport in the world in 2005!

Don't bring this on your road trip! Unless you're hunted down old, extinct roads, this won't do you much good. But they look really cool!

...Wyoming is the least populated state in the country at around 522,000. By comaprison, New York City's population is 15 times greater than the entire state.

A Guide to the Pacific Northwest

Like the cover of this book states, mountains, wine tours, markets, islands, seafood and wildlife are all included. The DK Eyewitness Guides has a unique advantage of being the "guides that show you what others only tell you." With excellent reviews, you can rest assured this book will compliment your trip to the Pacific Northwest perfectly. 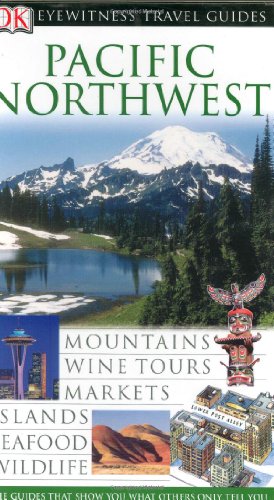 Don't Get Lost on your Road Trip! - Garmin Navigators, don't leave home without them!

Find your way around the country in a snap! Don't settle for gas station directions, huge foldout maps, or guesswork ever again! Highly rated by customers, Garmin makes an excellent system to navigate you across the country so you'll be lost much less.

It's Rare, but it does Happen!

A five star book on Amazon and over 35 people have reviewed it? It's true! Check this book out for it's amazing pictures...read the reviews and you'll see how great this book really is! 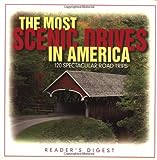 Quick Directions Across the North

Here are some easy, quick directions across the northern portion of the country, hitting many national parks, state parks, coastlines, attractions and cities. We'll start off in Maine...

More Road Trip Destinations to Read Up on:

What's Your Favorite Road Trip Destination on the Northern Route? - Tell us about your trip here!