During our Punta Cana Dominican Republic stay of 10 fulls days at a beach resort (Feb 4 - Feb 14, 2013), we decided to do the hotel excursion to Saona Island - a gorgeous Caribbean island made up of sugar sand beach and crystal blue and green Caribbean water.

In this personal account Squidoo article, I'll give you the lowdown on the Saona Island excursion. This is a full day excursion if you're in the Punta Cana area of the Domican Republic. But, it's worth it - well, most of it anyway...

Saona Island has only 400 habitants, but that doesn't mean there aren't a lot of tourists running around, snapping stunning island photos, like that above. I took that picture as our catamaran was approaching Saona Island and used my Sony Waterproof Camera for all the island pictures in this article.

These two catamaran sailboats were racing alongside our own catamaran on the way to Saona Island. The ride was beautiful and, although there were white caps on the Caribbean that morning, the ride was very very smooth.

Heads Up! Caribbean Vacations Require A Lot Of Sunscreen

And, it's ridiculously expensive if you have to buy it there!

I neglected to pack enough sun tan lotion for our 10 day vacation to the DR, and I lived to really regret the decision. An 8 ounce bottle of Hawaiian Tropic SPF 30 will set you back....ready for this?....$29 dollars! You read that right!

If you've headed out on a tropical vacation, take at least double the amount of sunscreen you think you might need. Also, studies have shown that anything over SPF 30 doesn't really that much of a difference so stick to SPF 30.

The Dos and Don'ts

If you're staying at a resort like we are (the Catalonia Royal Bavaro), and you step foot on the beach, you'll probably be approached to book the Saona Island excursion (and about 10 other island excursions) by multiple locals who work for various tour agencies. You're safest booking directly through the hotel concierge but we had nice luck booking through one gentleman right on the beach. 'Dominic' was quite knowledgeable and, after talking to him a bit, we felt comfortable believing that we'd get the Saona Island tour he explained - and we did.

Dominic asked us to please not divulge what we paid but, like the other tourists on the excursion, we shared this information. After all, sometimes in the Caribbean it's us against them...

Dominic first approached us with a cost of $95 per person. I had done my research on the internet and knew that the Saona Island excursion price was anywhere from $70 to $125 per person so $95 was fair. Ah, but not good enough... We finally ended up paying $80 per person finally. We found out later that one man on the same excursion paid $65 per person...

If you're planning on booking the Saona island excursion:

1. Play your 'tourist' card. When you find someone you'd like to book through, give them all of your business and you'll get an additional discount.

2. Do your research online so you're prepared with your facts. Know what a fair price is, otherwise, they'll definitely 'get ya.'

3. Threaten to comparison shop. There must be 15 locals on the beach hawking their excursions. There's always someone hungry for your business.

4. Use humor. I've lowballed a price before and gotten the expected response of "You've GOT to be kidding me! How can I make a profit selling that low (this line is generally said with a slight whine, an increased Caribbean accent, and downcast eyes)." My response? "I KNOW! It's crazy isn't it? . But, that's what I'm going to pay...." I almost always come up a little in price after this ploy but not much.

Beach bags to have on the catamaran ride to Saona Island

You'll want to take a beach bag along for your Saona Island excursion so here's some cool beach bags to take along on your trip to this island paradise. Note: I didn't take my own advice and John had to buy me a beach bag at the resort - need I mention how expensive that was?! 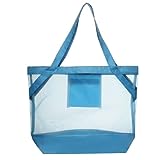 What to expect on the Saona Island Excursion

From bus to catamaran to speedboat

Our Saona Island excursion involved a bus, a catamaran, and a speedboat. We boarded the bus at our hotel at 7 am and 1.5 hours later (after stopping at a tourist trap for a 'rest stop' - note: don't buy anything there - they're phenomenally expensive!), we were standing on a beautiful Caribbean harbor about to board a sailing catamaran for the ride to Saona island.

2.5 hours on the bus - including a tourist trap stop and a quick stop to pick up a guide (who doesn't stop talking - in 3 languages!) and a photographer.

15 minute ride from the tender (a smaller boat) to the catamaran as it has to be in deeper water.

Beware: On the catamaran, the crew put these goofy pirate hats on you whether you want it or not (as you can see in that picture, I was a 'not'...) and then come by later and ask you for $5 for the hat! Just had it right back to them unless you're like my very signifcant other John who kept his...

3 hours to enjoy the island of Saona - this is an all inclusive excursion so drinks (limited mostly to rum) and food is no charge on the island. The food is pretty much what you'd expect, chicken, rice, hamburgers - that sort of thing. Also, when getting off the catamaran, I found rock on the beach and down I went skinning my knee - niiiiice....

2 hour on a speed boat back to port - you'll stop by a 'natural pool' which is really just a sand bar in the middle of the ocean. It's touted as having lots of starfish, but I had the distinct impression the two that we found were planted there.

1 hour on bus back to the Catalonia Royal Bavaro - I was sort of angry that I'd spent an extra 1.5 hours on the bus that morning when there's a highway they use to come back which takes, well, 1.5 hours less!

Note: depending on how many tourists are in you excursion, you might be on the speedboat on the way over to Saona and the catamaran on the way back. There didn't seem to be a rhyme or reason why the tour operators do this.

The Caribbean sea bottom is filled with small rocks, sea urchins and that kind of thing so it's best if you wear water shoes (aqua socks). I've had a pair of the Speedo water shoes for 3 years, and they're still going strong.

Some good travel books of the Caribbean

I've been to about every Caribbean island and still can't get over the near perfect weather or the delightful ocean breeze. I do a lot of research before booking my next vacation and still like the old paper books to leaf through. Here's a few of my favorite Caribbean travel books: 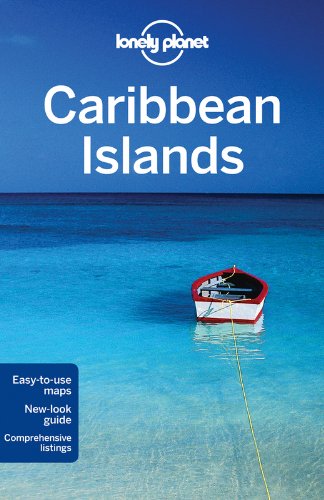 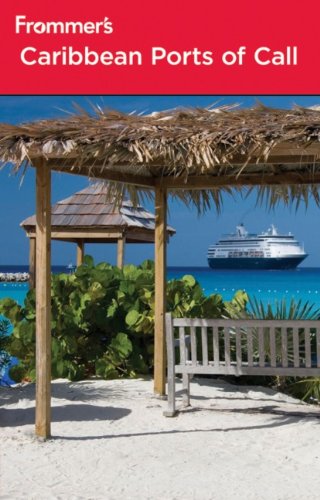 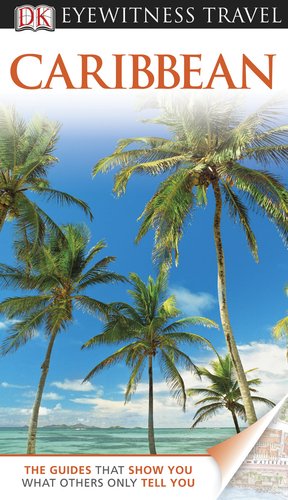 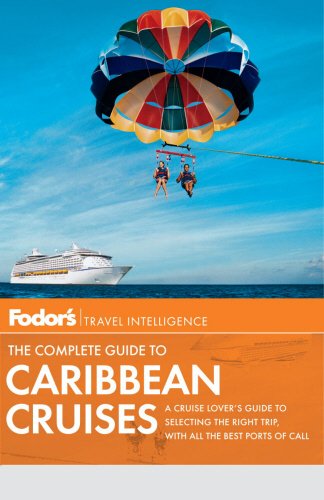 I love to hear from my readers - I often get good ideas about other information to add to my Squidoo articles so let's have 'em! Got comments? The good, the bad, and the ugly are welcome!

Have I enticed you to visit Saona island? - Please leave me comments