On Holiday in the Bordeaux Region of Southern France

Great Holiday Paces to Visit in the Basin of Arcachon

My Holiday Review of the Arcachon and the Bay of Arcachon, near Bordeaux and the great places we visited in the Region. The bay of Arcachon is protected from the open sea so the water is always calm and the local beaches are just breath-taking. One tourist attraction is a boat trip around De I'lle Aux Oiseaux (bird island) in the Bay of Arcachon (Bassin D'Arcachon) which although was ok is not one of the best of boat trips I've ever been on.

However, our most memorable day trips were our visit to Parc Ornithologique du Teich and La Dune Du Pyla at sunset, both located on the Bassin D'Arcachon. With the Parc Ornithologique (Ornithological Park) being a Wildlife Wetland bird sanctuary just like Slimbridge in Gloucestershire, England and La Dune Du Pyla being the largest and oldest sand dune in Europe. Our Day Out in the city of Bordeaux was also memorable, and a day trip I would highly recommend just for the experience.

For our week holiday we rented a ground floor flat in the suburbs of Bassin D'Arcachon, and on our day of arrival temperatures soured to 40C (104F) and stayed there for a few days before dropping down to between 30C and 35C for the rest of the week.

We spent as much time as we could on the beaches, glorious soft and very fine sand with warm seas for bathing; the bay of Arcachon is an inland basin and therefore protected from the Atlantic Ocean making the waters very calm and ideal for swimming. Although during the week we did do some sightseeing as well, including a visit around the bay to see bird island (De I'lle Aux Oiseaux); and the wetlands wildlife bird sanctuary parc ornithologique in the Teich, a suburb of Arcachon.

Our other memorable, and highly recommended, destination on the Bassin D'Arcachon was our evening climb to the top of La Dune du Pyla to watch the sunset; which made for a most spectacular end to a most wonderful day spent on the hot and gorgeous sandy beaches o the area. Wooden steps have been built into the side of La Dune du Pyla for tourist making the climb to the top feasible for all except the disabled and frail.

Our Day Trip to Bordeaux

Being on holiday in the Bordeaux Region of France, and only about an hour’s drive away from the city of Bordeaux, it seemed appropriate that we should visit this great city while we had the opportunity.

I think we would have been disappointed if we didn’t make the effort, so we decided to make it a day trip. We prepared a packed lunch with cool drinks in the freezer bag and plenty of hot water in the flask, and I’m glad we did prepare food and drink before our journey because we found most of the food and drinks in the city of Bordereaux very expensive (tourist prices) and much of it not to our liking.

Although it was a worthwhile visit in that we can now say ‘we’ve been there and we’ve done that’, the city itself (in our eyes) wasn’t special. Unlike some of the spectacular cities we’ve been to in Belgium in particular, it wasn’t any different to any other normal average typical city with lots of typical city centre shops and little else.

After spending a few hours wandering around the shops we finished the day in Bordeaux city with a picnic in one of its parks. While we sat down on a park bench and enjoyed our packed lunch we watched the swans and ducks on the water in the large manmade lake in the centre of the park, simply named ‘le lac du parc Bordelais’ (meaning ‘the lake of the park of Bordeaux’).

As mentioned above, of all the places we visited while on holiday in the Bordeaux Region, I highly recommend spending a few hours at the Bird Sanctuary in Teich, parc ornithologique and one evening making your way to the top of La Grande Dune du Pyla (an hour before sunset) to watch the sun go down over the bay of Arcachon. 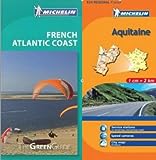 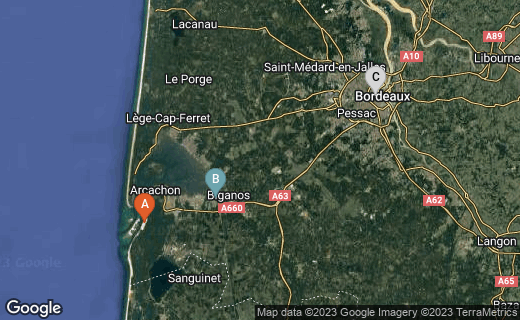 Fantastic sunset, great for photography and videos; well worth the walk to the top, wooden steps have been inlaid into the dune for easier access.

Ornithological (bird) park open to the public; and makes an ideal day trip to see wildlife birds in their natural habitat; great for photography.

In visiting the parc ornithologique if you walk around the Bird Park at a steady stroll, stopping to observe birds from any of the many hides and observation points, it’s about a three mile round trip and will be a good half day well spent.

To round the day off, at the end of the evening, La Grande Dune du Pyla is a must see. The dune is located on the edge of Arcachon bay, and at over 100 metres it’s the highest sand dune in Europe; so the top of the dune is an ideal spot to watch the sunset, which in the summer months is at about 10pm.

Of course, while on holiday around the bay of Arcachon I also highly recommend spending plenty of leisurely time on the local beaches. With the Mediterranean weather, gorgeous sandy beaches, and calm seas it’s a recipe for a great time. The sand grains on the beach are very fine and soft (just like sand in an egg timer) and are very light in colour; and with the sea water in the bay being protected from the open sea calm sea water is guaranteed.

In other words, a Bird Park. While on holiday in the Bordeaux Region of France one of the highlights of our visit was spending a delightful afternoon at this most wonderful wetlands wildlife bird park at du Teich, Bassin D'Arcachon. As this video I made of our visit shows it was an afternoon well spent that I would recommend to anyone who loves birds and wildlife.

The Largest Sand Dune in Europe

The other highlight of our holiday in the Bordeaux Region of France was watching the sunset from the top of this incredible sand dune, which overlooks the Bassin D’Arcachon which, as shown in this short video clip I from our visit shows, is a fantastic spot for watching and filming very scenic sunsets.

This is the main video made of our holiday trip to the Bordeaux Region of France which also covers video footage of our day in the city of Bordeaux, as well as the other places already mentioned above.

While on holiday in the Bordeaux Region we also made a visit to this 13th century castle at Sanquinel (not far from the Ciron Gorges). Apart from the plastic ducks in the pond, the bamboo garden and the missing original moat the castle has been restored to its original state. Originally, the castle was the residence for kings of Navarre and later it became occupied by King Henri IV of France and his wife Queen Margot.

Usually when we visit a Chateau (castle) in France we are impressed but on this occasion not so. After a long drive to arrive mid-morning we discovered the tour of the castle wasn't due for a couple of hours; so we walked around the grounds for a while, looking at the bamboo garden and plastic ducks on the ponds. Then we found a pleasant spot in the castle grounds to have our picnic before returning to the castle only to discover that the cost of the guided tour of the castle interior was rather steep, far more than we are prepared to pay for just half an hour tour. So we cut our losses and made our way to somewhere else; we weren't the only ones to forgo the tour, of the half a dozen parked cars two others followed us quick succession as we left.

Although this isn’t in the Bordeaux Region, it’s further north in the Vendee I’ve included this video, which I filmed while on holiday in the Vendee because the Vendee Coast is still far enough south in France to pick up the Mediterranean weather; and if you happen to be in the area the beaches are gorgeous, and there are always plenty of tourist attractions, including local events and celebrations like Challans 1910. We happened to be on holiday in the Vendee when Challans stepped back in time to 1910 for a day to celebrate the history of their great city. For the day all roads to the city were blocked to traffic while the locals dressed in Edwardian costumes, and the streets became alive with city life as it would have been 100 years previously.

We spent the day in Challans during their celebrations and enjoyed every moment of it. Keeping to the theme of the day's events, I re-mastered this film in post-production to make it in the style of early 20th century films.

Ever been to southern France on Holiday?