Going to the Toilet Asian Style

When traveling internationally, there are two main areas of dread for many people -- food and toilets! You're on your own with the food, but I'm here to help you with how to use the "squatty potty" found all over Asia. This is a delicate topic, and not without some inherent humor. But this is meant to be a truly educational lens. I'm here to demystify the squatty potty!

The Squatty in My Home

Please Don't Be a Wimp - When in Rome, do as the Romans.

I've known people who came to China on a short trip and stated with pride on the trip back to the airport, "I've been in Asia for three weeks now and haven't once used a squatty potty!"

Somehow that was a source of great satisfaction for the traveler, but I wasn't impressed. What a wimp!

Using a squatty is not torture, for goodness sake! When you've got to go, you need to go. And when in Asia, you're going to run into a squatty more than once. Get over your hangups and just learn to use the squatty.

Reliance Products Luggable Loo Portable 5 Gallon Toilet Gray, 13.5 inch x 13.0 inch x 15.3 inch
When traveling, you want to be prepared. But that need should also be balanced with a need to pack light. After all, you don't want to pack a portable loo along with your toothpaste and razor!
Buy Now

using the squatty is not as bad as you think

I'm going to walk you through the steps for using the squatty. I'll be tasteful and keep it all G rated, so don't worry.

Which way to face?

Well, to be honest, it probably makes no difference. Usually you face towards the door of the stall.

Where do my feet go?

Look at the squatty. There are always large, ridged surfaces alongside the basin. Those ridges help with traction. Here's a picture to show you proper foot placement.

(Note -- this is the squatty in my own apartment, thus the barefeet.

I would NEVER be barefoot in any other toilet. Period.)

What about your pants?

Pull them down, but for goodness sakes, don't take them off! That's not necessary. And in a public toilet, that would be nearly impossible to do while keeping yourself or your pants from coming in contact with the filthy floor. Your pants can be around your knees just as they are when you use a pedestal toilet. You won't soil them. Really. (No photo here. You'll just have to try it yourself!)

This is not the same squat as you may have done over a Western toilet that was too dirty to sit on. You need to squat all the way down. It's actually more comfortable to go into your catcher's stance than to squat just a bit. So go ahead. Squat fully down. In case you're still not clear, here's an "anonymous" photo of some kind soul willing to demonstrate.

In the correct position, your clothes are out of the direct line of fire.

Have you ever used a squatty before?

If there's a trash can in the toilet stall, more than likely you're meant to put your tissue inside it and not inside the squatty potty.

This oddly translated sign from Thailand is trying to say just that thing -- don't put your paper (or anything else besides #1 or #2) into the toilet.

You can take your clue from what you see. It's usually pretty obvious that the paper is meant to be put into the trash. Gross, but that's the way it works!

Toilets of the World

Toilets of the World
This is a travel book focusing on TOILETS!
Buy Now

Be considerate. Flush. Even if the person before you didn't, just remember the Golden Rule and flush.

How to flush? Sometimes there's a tank with an obvious knob or button. Other times there is a foot pedal that you step on. That's my favorite kind since I hate to touch anything inside a toilet! Here's a foot pedal as an example:

What if there's no obvious plumbing of any kind?

Is there large bucket of water with a ladle inside? That's how you flush. Take a scoop of water and toss it down the toilet, washing it "clean." If you need to, use a couple of scoops. Then replace the ladle back inside the bucket.

You Can Do It!

Unless you have some physical limitations which keep you from squatting, you can learn to use a squatty potty!

And it would be best to learn; this sign is rarely seen in China.

The music is really creepy in this video. And there is a curse word in a sign. Be careful no little eyes are watching.

Sometimes you may encounter a squatty this is more of a trough that you straddle. In some situations these trough squatties are completely open without any stalls. Or possibly there will be stalls but no doors on the stalls. Many reststop toilets and school toilets are like this. One blogger calls them Weapons of Mass Destruction in the culture shock arena. I have to agree.

Take a deep breath, while you hold a tissue over your mouth, of course, and remember that this is truly just a call of nature. Everyone does it. Try to get yourself to the back of the line so fewer people are watching you. Or even wait until the crowd thins (if ever).

Practical Reminders for Toileting in Asia

JAPONESQUE Snap Top Bottle
A snap top bottle (like this one) or a flip top bottle will stay shut in your bag but is easy to open when you need to. And no screw off top to roll away!
Buy Now 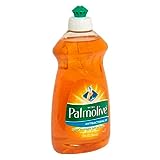 Palmolive Ultra Concentrated Dish Liquid, Antibacterial Hand Soap with Orange Extracts, 13 fl oz (384 ml)
Use whatever dish detergent or liquid soap that you have on hand. Anything will work to clean the grime off your hands.
Buy Now

Tempo Pocket Tissue Packs (Set of 20)
Although a roll of toilet paper may be cheaper than tissue packs, TP tends to make a mess in your bag. It's worth the extra money to have a conveneint pack of tissues.
Buy Now

GoGirl Female Urination Device (FUD) - #1 FUD Made in The USA. Pee Standing Up! Portable Female Urinal for Women, Soft, Flexible, Reusable, Pee Funnel Medical-Grade Silicone (Pink Lavender)
If you cannot squat, you may want to try this funnel tool to help you (females, of course) urinate standing up.
Buy Now

The Benefits of a Squatty Potty

Video About the Squatty Potty - Healthier Than a Sitting Toilet

This humorous video discusses the health factors in squat versus sitting toilets.