The Island of Capri Italy

The Island of Capri, Italy

Isle of Capri, Pearl of the Gulf of Naples, one of the most beautiful islands in Italy and the world. Today a point of reference for many people, including artists, actors, musicians, singers and great personalities; arriving in Capri for relaxing days, shopping and to visit the world's most famous "La Piazzetta" to enjoy a good cappuccino or espresso while looking out towards the ocean.

The Isle of Capri will charm you with its unforgetable beauty. From the famous Marina Piccola (with its historical Faraglioni Rocks), to the Grotta Azzurra, Natural Arch, Villa Damencuta, Villa Jovis , Villa Fersen, the lighthouse of Punta Carena and many other beautiful places. Capri has made many thousands of people fall in love and has nearly 15,000 landings per day, during the summer period, from all regions of the world.

It would be difficult for me to list every site to see in Capri. However, here are my personal favorites. But feel free to explore any other place Capri has to offer while visiting.

And behold La Piazzetta, also known as the "salotto di Capri". La Piazzetta is the heart of the city of Capri and can be easily reached from other places on the island: Anacapri and Marina Piccola.

The terrace is almost entirely occupied with tables and chairs from the cafe, close between the Town Hall, the clock tower and the stairs leading to the Church of Santo Stefano, and is a meeting point for Islanders and visitors alike. The architectural design of the square incorporates the remains of Greek and Roman walls. Nearby the terrace of the funicular and the bell tower, the Skyway between the Gran Cafè and the Church in the 18th century served as a liaison between the Cathedral and the Episcopal Palace.

The most important natural beauty of this island is the Grotta Azzurra. Named in the 17th century, it then became famous in 1826 after German painters Ernest Augustus and Kopisch Fries explored the area together with the Caprese hotelier Giuseppe Pagano. Since then, the Grotta Azzurra has been a favorite tourist attraction.

The blue colouring of the cave is made possible by the fact that daylight enters through an underwater channel that opens just below the entry gate, undergoing a filtration of water, which absorbs and releases a red-blue color spectrum. A second phenomenon determines the silver reflections caused by air bubbles adhering to the outer surface, which in turn allows the light to shine out.

The entrance to the Grotta Azzurra is a small gap in a rock, about two metres in width and height. For this reason, you must lay down on the boat in order to enter.

It is thought that the inside of the Grotta Azzurra, at the time of Tiberius, was used as a hiding place. There were also those who imagined it was the place where mermaids lived and even those who believed it was the devil's Kingdom, and dare not enter.

Once inside, after a few minutes of visual adaptation, leaves you enchanted with the vastness of colors that the sea, and the sun reflect through the entrance and opening below. It is an experience not to be missed.

The Island of Capri, MarinaPiccola

Fifteen minutes from the Piazzetta, on the southern side of the island of Capri, is the Bay of Marina Piccola. Reachable by bus, taxi, and some walking, along via mulo. Once you arrive, you will find yourself in a small square; descending a few steps down you will get to the church of S.Andrea, built in 1900. Continue going downwards and you will reach the famous scoglio di serene "meaning the place of sirens" that divides into two bays, to the left is Marina Di Pennauro and to the right is Marina Di Mulo. The beach of Marina Piccola is very fashionable. You will find many shops and snack bars. There is a small pier called Delle Sirene where boats arrive in the summer shuttling between Marina Piccola and Faraglioni. It is very beautiful and with its own certain charm.

Here you will find colorful houses and the largest beach of the island. This public beach, called Marina Grande, is the largest on the island of Capri. In the summer, you may board a motorboat which leads to the Palazzo a Mare. Going to the left, you'll find Piazza Vittoria and a railway station, taxi, pharmacy, newpaper stands, various bars, restaurants and shops. Proceeding to via Cristoforo Colombo, you reach the harbour on the island of Capri .

.The Lighthouse of Punta Carena

This lighthouse lies at the southwestern end of the island of Capri on the peninsula Limmo. The name comes from the latin word limen and "means on the border."

The lighthouse is an octagonal tower built about a century and a half ago (in 1866). It is considered among the most important of the Tyrrhenian sea and the second brightest in Italy.

On the beach to the lighthouse, in Punta Carena, the sun sets over the sea and there are several bathing structures, arranged on comfortable terraces, made of iron tubing to allow the water to descend. It is a fashionable location, ideal for enjoying a day at the beach, or to enjoy a snack in one of its splendid cafes. It is also perfect for a late candlelight dinner by the sea, because the locals remain open until late and quite often you'll happen upon evening events taking place there.

Fascinating giants in the sea. Three unique cliffs that formed from landslides over the millenia ,erosion, along with atmospheric conditions formed an image that is breathtaking to say the least. They have three unique names: the first is called stella, a.k.a. "star" for English; the second, which is separate from the others, is called Faraglione di mezzo which means "the middle"; and the third is Faraglione di Fuori, meaning "the one in command who looks out onto the sea." With an average height of 100 metres the Fagaglione di Mezzo has an open, underneath passage, known all over the world for its unique complexity.

The Romans kept this area of the island of Capri a secret. With ancient villas and splendid beauty, the twentieth century has redefined this area with modern villas and exclusive hotels. 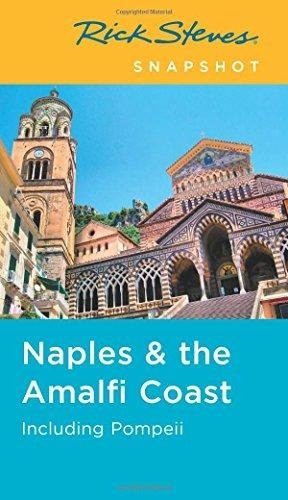 Here Are Other Areas You may Want To Consider Exploring While Visiting The Beautiful Isle Of Capri.

The Island of Capri is a place of enchantment, where time stops, and you begin to feel emotions you never felt before.