Kuala Lumpur is definitely a metropolis. Filled with big buildings, cars, and people like every other city in the world. However, I personally believe that it doesn`t really show the true image of the country. Malaysia itself is filled with so much culture and history and unfortunately I feel like KL is trying to get rid of that history to replace it with more buildings. Expats and locals from other parts of Malaysia flock there because it definitely has more job opportunities, but for that reason things are just so overpriced.

For example, drinking in KL will really burn a hole in your wallet compared to other parts of the country. Whenever I am there, I always go to Reggae Bar because it is the cheapest place to grab a drink. I mean, it is in the backpacker part of the city, so obviously they can`t make it too expensive. But, it is still about 16RM ($4) for a cocktail. Last time that I was there, I went to Changkat Bukit Bintang, which is the “party street“ of KL and I wanted to see what the prices were like and I was honestly stunned. For the same drink that was 16RM at Reggae Bar and actually worth it because they put a lot of alcohol in the drink, it was 56RM ($14) and so not worth it because they put less alcohol in it.

However, alcohol aside there are definitely things to see in KL. Batu Caves is definitely a highlight of KL, it is located about 30 minutes out of the city and you can either take the train or a Grab ( Asian version of Uber) to get there. The main thing about the cave is that there is an Indian temple inside of the cave and massive gold statue in front of it. You do have to climb quite a few stairs to get up though, 272 to be exact. Beware of the monkeys as you try to climb the stairs though, they are sneaky little buggers.

As you arrive into the city, you can obviously see the building that made the city famous; the Petronas Twin Towers. However, as much as you might want to see the city from way up high, it is really not worth paying the 80 RM to get up to the sky bridge. I would say that my favorite place to see the view of the city is Helipad Lounge Bar where its about 25RM for a drink but you get to sit on the helipad and see a 360 view of KL, which includes the view of the towers. Also, I would say go to the towers at night or around sunset so that you can see the tower start lighting up and all the buildings around it as well.

One of my favorite places in KL though is Chinatown. Not only is it probably the cheapest place to get a drink, but it is also where all the hostels are and where all the historical buildings are that they can‘t actually destroy to build more skyscrapers. There is Central Market, which is an awesome place if you want to buy some souvenirs to bring home to loved ones, the building itself has been around since the 1800s and around that area is Dataran Merdeka, which is pretty important in Malaysian history because it is the place where they raised the Malaysian flag for the first time when the country gained independence. There are also a bunch of museums around that area and you can easily walk to the Botanical Gardens from there and the National Museum. There is also graffiti scattered around the area, which is pretty cool to see. Jalan Tun H.S Lee is the only street in KL that has an Indian and a Chinese temple on the same street so definitely check it out.

As much as at the beginning, it may seem that I was pissing on KL, it does still have its charm about it, but I would say that you really don`t need to spend that long there. 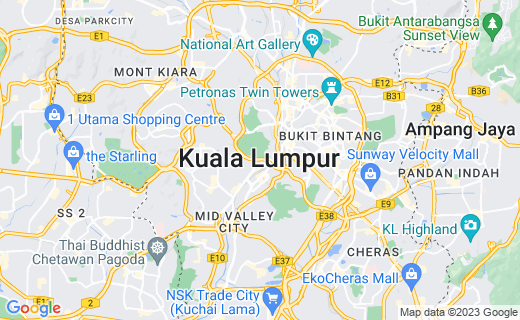