7 Things About Living in Japan Nobody Tells You

Visiting Japan is a magical experience that will change your life. Living here can be just was wonderful but it has its own surprises.

Wander through the web and you'll read the endless tirades about the cost of living, dense populations, "weird" culture and so on. Other sites will remind you of the low crime rate, ancient history, hospitality and so on.

This isn't about any of that. Also, this isn't about everything you must know to get here. In other words, you won't find any immigration, customs and embassy stuff here. However, I will include resources that will provide that information.

This is about the little things that you won't find anywhere else. These aren't makers or breakers but you'll be glad you know about them before you decide to settle here.

7. There are children everywhere

We've all heard about the aging population in Japan. It's the idea that too many Japanese people are getting old and there won't be enough young people to replace them once they retire. The numbers speak for themselves. This can have a serious impact on its economy and society.

However, if you actually live in Japan you'd never believe it. What you see above is a handful of little people who got in the way of my picture of the sacred fountain at the Kiyomizudera Temple in Kyoto. Kyoto was once the capital of Japan during ancient times. It has countless shrines and temples that date back hundreds of years. It would only be natural for schools to bring their children here for class trips, right? Right.

But this isn't just a Kyoto thing. In almost every community, there seem to be children everywhere. Every time I go out during daylight hours, I see at least one small group of them. I get the urge to ask why they aren't in school or why there isn't there an adult around but I already know the answer.

Longer school days over a longer school year allows more class trips and outdoor sports. The adult is nearby, I just haven't noticed him/her yet. Also, the way most communities are designed a child doesn't need an adult to drive him all over the place. If he wants to get a snack, the market is two minutes away.

Finally, Japan has a fairly low crime rate. Communities are tightly-knit so people trust each other. Going outside isn't a crime. No need to worry, by sunset all of them are safely home with their families.

6. There's something missing here... the food

The food in Japan is great. It has all kinds of restaurants serving dishes from all over the world. Still, now and then, there are some things that are missing.

I'm originally from New Jersey and I love my bagels. Who doesn't love bagels? Here, the locals have to get their bagel fix at Starbucks. With locations all over Japan, this isn't hard. Today, Starbucks somehow has a complete bagel monopoly. Even then, the bagels there are served as sandwiches--nothing toasted with cream cheese or lox.

Maybe it's a health thing. After all, Japanese people live longer than other populations.

If so, it doesn't explain why it's so hard to get whole wheat bread! There are bakeries that sell breads and baguettes. For cakes and pastries, there are cake shops. However, someone looking for whole wheat bread has to go to the supermarket--to an almost hidden part of a small shelf to find anything resembling wheat bread. It's a mystery to me.

If this sounds like entitlement (I love that word), maybe it is. But if you decide to live in Japan you'll find that just a handful of your favorites back home are impossible to find here. 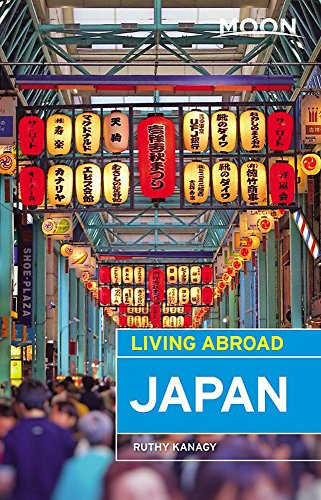 Moon Living Abroad Japan
Maybe food isn't on your mind. Maybe you have other things on your plate than burritos. If you're getting serious this book will help. It is thorough and will get the job done
Buy Now

5. It's hard to be vegetarian and impossible to be vegan

Speaking of food, if you're trying to cut down on meat, Japanese food is a godsend. Most Japanese meals don't orbit around meat. The few that do aren't eaten frequently. However, going full-blown vegan is not easy. Remember, a culture spread over countless islands won't be in a hurry to stop eating fish.

For these reasons, it's not easy for a Japanese person to understand why anyone would want to be vegetarian in the first place. It's like wearing body armor to bed. Sure, it's possible but what's the point?

Japanese recipes require broths and sauces made of fish or other animals. This includes miso soup. Those that don't require eggs. If a vegetarian can adapt and overcome, he will barely make it. For the diehard vegan, it's going to be a lonely existence of bland onigiri and cold soba.

And for those who do eat meat? Try not to pass out when you see whale meat for the first time. For me, one of the toughest things about living in Japan is knowing that it slaughters whales as a delicacy.

This isn't to discourage vegetarians or vegans from coming to Japan. It is just to show that it won't be easy to stay.

4. Everyone loves mayo - So do you

What you see above is the Japanese snack, "takoyaki." It is famous in the Kansai area, especially Osaka. Foreigners call them "octopus balls" because they contain pieces of octopus and are grilled into small dough balls. I promise you, takoyaki tastes far better than it looks and sounds. Just ask this fellow.

You see them here because the white sauce on top is mayonnaise. Mayonnaise is very popular in Japan. It is a condiment in many popular dishes, especially fried dishes. And why not? It tastes great!

Ironically, the only place you won't see mayonnaise is in your sandwich. You'll more likely find egg salad or potato salad in your ham sandwich than mayonnaise.

One hot, humid summer day I walked into a convenience store. It was my first summer in Japan. I bought a cool bottle of iced tea. As soon as it hit my tongue, I spit it out immediately. I was coughing until I realized what happened: my iced tea tasted like... iced tea.

For someone who grew up on soda and other sweet drinks, I expected an artificially-colored bash of high fructose corn syrup and other chemicals to appease my thirst. If I ever wanted to see that again, I'd have to go for soda or fruit "juice." Here in Japan, the days of iced tea as I knew it were over.

For an American, Japanese tea can be quite a challenge. There is a large variety. Many, at first, taste like someone put out a cigarette into your glass of water. Yuck! Soon you realize that the stuff you've been drinking back home barely had any tea in it and what you have now is as real as tea gets.

2. Nobody is Asian but everyone speaks Japanese

Race in Japan is as complicated as it is anywhere else. I'll touch on it very briefly here. Look at Japanese anime (cartoons), manga (comic books) and video games and you won't see many Japanese people.

In these forms of media, you'll see people of almost very other race than Asian. You'll find a green-haired, grey-eyed alien who looks like a teenage girl and speaks perfect Japanese before you find a black-haired, brown-eyed girl.

This is not as easy as being in denial of one's heritage because there's no shortage of beautiful Japanese women who are worshiped by their own right.

The way all this applies to you is not to take things personally when people turn their heads the second you start talking. Stay cool when it looks like they see you as an oddity rather than a person. It'll pass.

If you are under 5'6" there is no need to read any further. Everyone else, please continue...

Maybe you've heard of this already so I'll put it simply. Everything is a low bridge. Doorways, hallways, ceilings--just about everything you can think of is about two feet lower than you expect it to be. If you live in a Japanese apartment expect to bang your head regularly coming home and leaving for work.

Of course you'll get used to it and start crouching a bit. But every once in a while, in the middle of the night when you're barely awake to go to the bathroom... BANG!

I'm over six feet tall. My hair is short so my friends see my suffering by the scars on my head. Yes, scars. Last Christmas one of them bought me a helmet. He said it was for riding my bicycle. I don't have a bicycle. Besides nobody in Japan wears a helmet when riding a bicycle.

In nearly all Japanese homes, to save space, people sit on the floor. For this reason, the dining table comes up about a 18 inches off the ground. This table is called the "chabudai." Better wear shin-guards or you'll end up like me. My legs were nearly flawless when I first got here. Now my shins look like a battlefield hammered by artillery.

Believe it or not, this occurs in modern houses and apartments as well. "Well I'll just spend double what everyone else does on rent to get a place with higher doorways. I'll also have the space for Western-style furniture," you're probably thinking. If you can afford it that will work... until you visit a friend or go to the many businesses, especially restaurants and bars, that are out to get you.

This may seem amusing as a tourist but living here it's tough to handle. You'll bump your head in the shower, while cooking and even while hanging laundry. However, you can be confident you're doing your part in pest control by clearing cobwebs every morning on your way to work. It's all around you and there's no escape!

Here's what others have to say...

What do you think? - Would you live in Japan?

Would you live in Japan?

Moving to Japan? Live here already? - Let me know what you think