What do I tip the driver?

How much is enough, and do I need to do it at all?

Customers of limousine companies are often confused when it comes to tipping their drivers. First-timers or irregular users seem more than usually perplexed, in my experience. My aim in writing this lens is to resolve your questions, as well as to provide a little insight.

Having worked part-time as a chauffeur for a three years now, I figure I'm qualified to lay out some basics, and provide a few guidelines. So, with that, let's begin.

Aside: If you're looking for wedding-day limousines here's my guide.

Nobody knows the rules about tipping. And even when you think you know the rules, they change when you go to a different country. In Japan and Australia, people are insulted if you give them a tip, and if you give a New York City cabbie a 5 percent tip, he gets insulted.

Yeah, you have to be desperate

The limousine company I work for is tiny. The Boss treats his chauffeurs pretty well, by which I mean fairly and equitably. Granted, I live in a smallish coastal town in Florida, so the opportunities are limited. New York and Los Angeles must have gigunda limo markets, about which I can't speak. But in our neck of the woods, what follows is accurate:

1. Drivers are paid either a fixed rated for fixed cost jobs - usually airport transfers - OR an hourly rate for jobs where the client is charged by the hour.

The rate in both cases approximates the minimum wage.

2. Customers are only charged from the time of pick-up to drop-off. Time spent by the chauffeur traveling to and from is not counted. Nor is the time spent preparing, cleaning, gassing, vacuuming, adding ice, decorating, de-bugging, de-vomiting, re-arranging or removing trash.

All these things are done in our own time.

3. In many cases, drivers are allocated work on a rotating kind of roster, although my place isn't like that. In essence that means you might receive a whole bunch of small runs in a row, with the associated high proportion of prep/clean-up work to actual earning time.

But it depends on how the boss priced the deal.

5. The sought-after runs therefore are those in the large vehicles on an hourly basis. Groups out for a meal and bar-hopping afterwards are the best because alcohol is involved. As the booze lowers resistance, their intention to hire the limo for four hours only, disappears. Naturally, they want the fun to continue.

I encourage this behavior. My record is nineteen hours (19) straight. That was some night (and day.)

From the Chauffeur's Perspective

Treating every customer the same way is my credo. In life, I believe it's what we do when no-one is looking that determines one's character, so I apply that to my work too.

Providing a safe, smooth and efficient ride is my aim. Along with that, I try to be as cheerful, attentive and accommodative as possible, whether it is 4:00 am and I'm taking you to the airport, or it's 4:00 am and you want to go to another party.

You're paying, I work to make your life as easy as possible. It is a service we're providing, the service being transport with a brain. If you want just the transport, call a cab.

Overwhelmingly our customers are a delight to work for. Treating them with just the right amount of deference makes a difference, a skill one can learn after some observation.

Sometimes one needs to be a mind reader. Ladies and gentlemen, I will do anything you reasonably ask, but you must tell me what you are thinking. We are none of us clairvoyant.

Show me the money.

We live for the tips

This is what I think are fair minimums in the tipping department.

For a trip of up to thirty minutes, what I would call a short airport transfer: $10.00.

-> Something is better than nothing. Even $5.00 will pay for lunch, if that's all you can afford.

-> Consider a little extra if your driver carries bags, pets or waits longer than a few minutes.

For sedans or towncars rented hourly: 15% of the total bill.

For anything larger rented hourly: 10% of the total bill.

-> And a last thought: For a lot of fixed-price jobs, every minute beyond the time The Boss allocated is time for which your driver is not paid. If you futz around or delay him for any reason, that's either another job he loses, or time out of his life. Essentially, it's an act of charity. Think of it this way: how often are you prepared to work without recompense?

See how easy that is? Now you know. Of course if you think the driver has done a particularly good job (say, at reading your mind without you saying anything) he or she will be happy to accept more. Or even if you're just feeling generous.

Your turn to tell the world what you think - What do you think about all this?

How much do you think a limousine driver should be tipped?

The best tippers are generally the self-made men. They have often built a second home in Florida, or retired here, and are having the time of their lives. Taking them and their wife and another couple out for dinner will often result in a $100.00 tip, and oftentimes a pleasant night in their company too.

Employed people for whom their company pays for the limousine never tip. Fair enough. They're nice people, but not so profitable for me.

The easiest way to cajole someone into a tip is to make them laugh, or carry their bags.

Some customers pre-tip. One regular palms me a C-note before he heads out for dinner and drinks, saying "If ever I give you a one dollar note, tell me!" He says that every time. Every. Time. But boy, do I look after him.

I still haven't perfected the art of being palmed cash without looking. Drat.

I still haven't perfected the art of not smiling when given a tip.

The most awkward question is: How much should I tip you? The only way around the question is to tell them what you think is fair. Problem is that this approach risks the customer feeling bad when the my number is much higher than what they had in mind.

A more-or-less constant battle exists between limousine company owners and chauffeurs. Owners want the business, and are therefore inlined to say that the gratuity is included in any quoted price. Believe me, this is not the case.

Composers should write tunes that chauffeurs and errand boys can whistle.

No need to overthink this. Just as with restaurant servers or hair stylists, tipping forms part of the chauffeur's income. We rely on tips, and extra good service deserves extra good tipping.

I hope to see you again, have a pleasant journey. 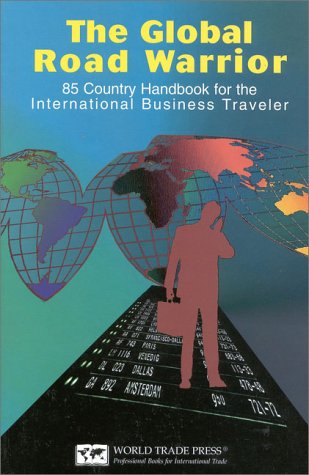 The Traveler's Diet: Eating Right and Staying Fit on the Road
Buy Now

Lessons From A Road Warrior: How I Fell Off A Horse, Earned 15 Million Air Miles, Got Sand In My Shoes And Learned How To Invest
Buy Now

Say hello if you want to! - I won't close the door on your foot.