Teaching English in Korea: the other side of the story

Recruiters and employers for ESL Schools in South Korea usually paint a pretty rosy picture about life in Korea because they want you to sign on the dotted line so they can collect their recruiting fee. They tell you that you'll have the best year of your life, with an easy teaching schedule, nice housing, cheap health insurance and you'll make Korean friends to last you a lifetime.

Except this is not often the reality for newbie English Teachers because they often end up working at sub-par jobs where they are mistreated and ripped-off. Housing is sometimes terrible and totally inappropriate, pay is late or non-existent and the "bonus-pay" and plane-ticket home often doesn't transpire at the end of the contract. Read on for my Top 5 Reasons why you SHOULDN'T Teach ESL in South Korea so you can get an accurate picture of what life will really be like.

#5 Reason not to Teach English as a Second Language in South Korea: Korean is not Popular around the World

One of the best reasons to Teach ESL Abroad is a chance to learn another language. Except that outside of Korea, speaking Korean is not a very valuable skill to have on your resume. Compare this to something like Spanish, French, Mandarin or Cantonese. In which case, Central or South America, some parts of Europe, or China/Taiwan/Hong Kong make a much better choice for the ESL Teacher looking to learn a language. Plus, Korean is one of the most difficult languages in the world to learn for an English speaker. 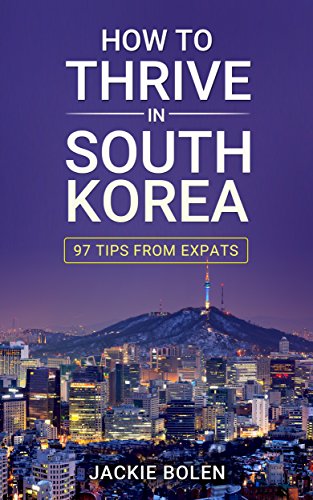 #4 Reason not to Teach ESL in South Korea: Salaries are Stagnant

10 years ago, the average salary for an English teacher in Seoul was 1.8-2.0 Million Won. On this money, you could go out eating and drinking 5 nights a week and still save 1/2 of that. These days, it's 2.0-2.4 Million Won but the cost of living has doubled, if not more. This means that if you like going out a lot, want to have a car, or like shopping you'll struggle to save money each month and many ESL teachers also have bills to pay back home so things can be tight.

While South Korea does have a high salary compared to other countries, other countries such as China or Vietnam have significantly lower costs of living and your ability to save might be higher.

Do you have a Horror Story from Teaching ESL in South Korea?

It seems like every few months there is an outcry from the Korean Netizens (groups like Anti-English Spectrum) about how terrible and "unqualified" Native English Speakers are and how they are the root of all that is evil in Korean society. This is obviously untrue, since Native English Teachers actually commit crimes at far lower rates than Korean citizens.

Anyway, in response to this, Korean Immigration keeps toughening up their polices to make it increasingly more difficult, time-consuming, and expensive to obtain an English Teaching Visa in South Korea. If you plan on coming here to teach, start getting your stuff together 6 months ahead of time, and plan on spending around $300 US to get your paperwork in order. If you need it in a hurry, be prepared to spend significantly more. You'll for sure need a national criminal record check (which can take months if you're from Canada), official transcripts and a certified copy of your degree. The good news is that once you submit these documents to immigration, they have them on record and you shouldn't need them if you're switching jobs while in Korea. However, the bad news is that many employers (public school districts and unis) are requiring these same documents again as a condition of employment there.

#2 Reason not to Teach English in South Korea: Sketchy Hagwons

Hagwons (private institutes) in South Korea have a deservedly bad reputation around the ESL Teaching World for Ripping People Off. In fact, if you don't get ripped off while working at one of these places, you can count your lucky stars because you're one of the few. However, for most people, a Hagwon job is the first job they will have in South Korea. Public Schools have traditionally been a safer option, but these jobs are increasingly harder to come by, and even some of them have turned to the dark-side with terrible housing and refusal to give vacation time, or sketchy accounting practices.

What are some of the things that these Hagwons do?

- Firing teachers in the 11th month (out of a year-long contract) to avoid paying the "Bonus Money" and airfare home.

-Taking money for pension/health insurance but not actually signing up the teacher.

-Forced overtime for no pay. Think "phone-English" or advertising for the school on a Saturday.

-Taking "Housing Deposit" money and then not giving it back at the end, citing non-existent "Damages."

-Too many hours. Think forced OT without pay.

If you must Teach English in South Korea...

#1 Reason not to teach ESL in Korea: You don't own your own visa

Unlike neighboring Japan where your working visa is in your name, and it's not that difficult to switch jobs, Korean immigration ties your ESL Working Visa to your school. The result of this is that it's extremely hard to quit your job and find another one during your year-long contract. Sketchier schools take advantage of this and use and abuse their teachers because they know it's almost impossible to switch jobs and most teachers have debts to pay so they don't just want to go back home and be unemployed.

This is the crux of why so many schools in South Korea are able to treat their Foreign English Teachers so badly. If immigration changed their policies and made it easy and simple to switch jobs mid-contract, these terrible schools would be unable to keep their foreign teachers and would be forced to shut down. Or, they'd have to improve their working conditions.