5 non-knight things to do on Malta

The history of Malta is dominated by the Knights Hospitallers, also known as the Knights of Malta, and most of the older structures on the island (including the numerous towers, forts and palaces) are associated with them and with the church, which they fought so hard to protect. However, Malta is much more than that, and has plenty to offer also to those not interested in military and religious history. Read on for my five tips of things to do, if you don't want to delve into the history of Knights of Malta.

(All photos on this page are taken by me, Thomas Frandzen, during my visit to Malta in August 2013)

The lagoons of Comino

Malta is an archipelago consisting of three major islands and a few very small ones. The smallest of the major islands is Comino, situated in the strait between the islands of Malta and Gozo.

Comino is home to some of the most beautiful lagoons, cliffs and bays of the archipelago, and the fact that the island only has a few structures and just three permanent residents, does give it a very calm and isolated feel. It is fairly easily accessble, though, by ferry and by the numerous tour boats going to the lagoons several times a day.

The most famous of the lagoons of Comino is the Blue Lagoon (see the image in the introduction above). It lies between Comino itself and the islet of Cominotto, and the water is amazingly transparent with almost no rocks or seaweed below water. It is touristy, though, and at times crowded, but the somewhat isolated nature of the island does take the top off the number of visitors there at any one time.

Nearby is the equally beautiful but very different Crystal Lagoon (see image to the right). The water here is deeper, but very transparent. There are also more fish in the water and some beautiful caves, but no beach whatsoever, so most of the mainstream tourists stay away from here. There is a small landing point for boats, however, and some tour boats that also visit the Blue Lagoon stop by here for an hour or so, allowing those who feel like it to jump directly in the water from the boat to enjoy the amazing water.

Towering above the Crystal Lagoon is the 17th century St. Mary's Tower, which gives a more dramatic feel to visiting (and swimming) in the lagoon. The tower has been used in movies, including the 2002 filmatization of The Count of Mount Christo, representing the castle If.

Whether you are into beautiful nature, the dramatic history of a small island or swimming in some of the best water the Mediterranean has to often, Comino has it all, and it is a welcome break from the mass tourism of the resorts on Malta itself - just don't expect to have the island entirely to yourself.

Playground with a view at Mellieha

Perhaps a strange entry in a top 5 list, but if you are travelling with small children, this new playground in the city of Mellieha is amazing. It is situated just next to the town cemetary, below the impressive parish church and with an amazing view of the Ghadira Bay as well as of Comino and Gozo islands further away. It also has a small cafÃ© serving basic foods, icecream and drinks. This makes for a perfect combination after a long day of exploring or just swimming in the bay - the kids can spend the rest of their energy while you enjoy a drink, and afterwards you can all walk down to the main street of the town for some great food (I can particularly recommend the L'Amigo Resturant, which serves the best rabbit in red wine sauce on the island).

A few books that may come in handy 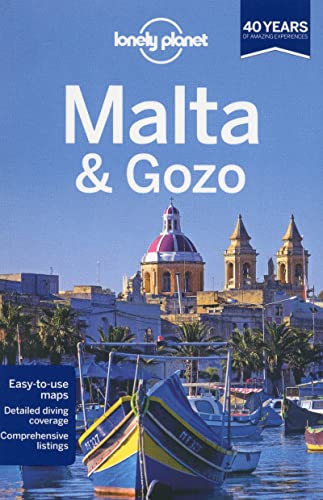 The Malta Coastline and the Shipwreck of St. Paul

Given the somewhat poor infrastructure on Malta itself (which often leads to gridlocks, delays and bumpy rides), one of the best ways to experience the island is by boat. And there are plenty of opportunities as tour companies are in abundance.

The coast from Mellieha to Valetta is particularly interesting, and can be done on half-day tours. Starting from Mellieha, to take an example, you first sail out of Ghadira Bay towards St. Paul's Bay. On the way you can spot Selmun Palace on a hilltop. Just before St. Paul's Bay you reach St. Paul's Island (see picture), which was - according to legend - where the apostle Paul shipwrecked in 60 AD. In the 1840s a statue was raised here in his honour, and some touring boats allow you disembark to walk around a bit on the island. A bit further off coast from here you can spot the bluefin tuna farms.

Next you get to "enjoy" the twin tourist cities that are St. Paul's and Bugibba, which have now grown together. Further on is the Maghtab "Hill". This used to be a massive landfill, but it has in recent years been cleaned up and now looks more like a strangely white hill.

A mile further along the coast you can just spot the Mediterraneo Marine Park, which host daily shows with parrots, sea lions and dolphins. And then comes the metropolitan area which continues all the way to the south of the Grand Harbour, and which includes the cities of Paceville, St. Julians, Sliema and Valetta. Some tours will take you all the way inside the Grand Harbour to see the bays and the get close to the forts.

Although originally built in the 18th century as a recreational area for those Maltese Knights who spoke Italian, this is today probably the best public park in Malta. Not just because of the well-kept flowerbeds, arches and cannons, but because of the tranquility and the unsurpassed views of Malta's natural Grand Harbour, separating Valetta from the three cities of Cospicua, Vittoriosa and Senglea. The gardens also offer some nice spots below the trees to enjoy a refreshment and get a bit of shade from the unrelenting sun.

The gardens are just a 5 minute walk from the city gate, but can also be accessed by elevator from the Valetta Waterfront.

This last tip is, admittedly, unusual and also somewhat tragic (well, the background is, not the tip itself).

In the middle of Valetta, on a dark and quiet street (Archbishop Street), just next to the presidential palace and House of Representatives, lies a small pub named "The Pub". Its opening hours varies, and some days last orders are at 17:30. It is very small and can hold probably no more than 20 guests at a time. It is a famous pub, though, because it is more affectionately known as "Ollie's Last Pub".

In 1999 legendary British actor Oliver Reed was on Malta filming Gladiator. On May 2, Ollie went to The Pub together with his wife and some friends, and as was his custom he downed quite a lot of drinks this night. As it turned out, he had a few too many and at some point suddenly collapsed on the floor of the pub with a suspected heart attack. He died in the ambulance on the way to the hospital.

Since then, The Pub has become something of a place of pilgrimage for fans of Oliver Reed and other movie buffs, and inside The Pub an entire wall is dedicated to Reed and filled with memorabilia.

It is nice and cold and a decent place for a beer after a day's outing in the museums of Valetta. If it wasn't for the Oliver Reed connection it would be nothing special, though, but do give it a visit and have one for Ollie while admiring the photos and film posters of one of England's classic movie stars.

The above are just some ideas of what to do on Malta if you don't want to sit by the pool or on the beach during your entire stay, but still think it is too hot (or just too uninteresting) to take the usual round of museums and churches. I should admit, however, that the above tips are not really "knight-free", as fx the Barrakka Gardens and the Tower on Comino were built by the knights, and Valetta itself is almost a living monument to the ancient order.

Anyway, I hope you found some inspiration in the above ideas - I'd be happy to answer any questions you may have, and please feel free to add your own suggestions as well. You can also take the poll below to tell the world which of the five is your favourite attraction.

Which of the above attractions is first on YOUR list?