The Top Ten Most Famous Events in the World

We travel for many reasons, either to get away from it all, to explore new places and cultures or to take the family away for a special treat. Sometimes however, traveling with a definite purpose makes exploring other countries even more fun. Around the world there are some unforgettable festivals and concerts that are renowned for their exclusive ambience and memorable status. Why not organize one of your next trips around a world famous event

Oktoberfest - The Most Legendary Beer Bash in the World

The Oktoberfest is a world renowned beer festival, which takes place every year between the end of September and the beginning of October in Munich, Germany.

This famous event is not simply a beer celebration it offers much more over two whole weeks of festivities, music and drinking. Although it is called October Fest it begins at the end of September and stretches through two weeks into October until all the kegs dry up and no more beer is left! There are hundreds of beer tents all along the embankment of the Reinsienwiese with other drinks besides beer, in addition to music and parades enlivening the atmosphere.

How to Get There: The Oktoberfest takes place in the area called Theresienwiesen, just outside Munich Old Town. 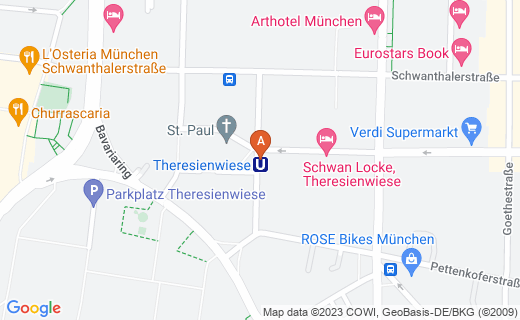 The Fringe Festival 2011- Edinburgh, Scotland - The largest Art Festival in the World!

Each year thousands of visitors assemble in Scotland's capital to take part of the biggest art festivals of the world. Here performers of all sorts delight visitors with musicals, opera, dancing and comedy with over two hundred different shows in venues throughout the neat little town of Edinburgh. During the three summer weeks the town is abuzz with festivities where celebrities can be spotted in the streets as well as new emerging artists performing for the first time

This is an ultra-alternative festival that celebrates self-expression, self-reliance and art as the center of community has gone mainstream in recent years just enough to open it up to anyone. Either way, Burning Man is the antithesis of traditional corporate sponsorship-mad festivals. Once a year, tens of thousands of participants gather in Nevada's Black Rock Desert to create Black Rock City, dedicated to community, art, self-expression, and self-reliance. They depart one week later, having left no trace whatsoever.

How to Get There: Black Rock Desert is located in the Middle of the Nevada Desert, Reno being the largest closest city with an airport.

The Biggest Samba Festival in the World

Rio Carnaval has become world-famous because of the extravagant Samba Parade, a show, a display and competition of the Rio samba schools. This famous event starts with the opening ceremony on March 4th and has two special days to highlight, the Carnival Sunday and Monday. Other spectacular options you should not miss are the champions' parade on Saturday and the Access group parading on the same day. This event boasts Samba music and spectacular carnival dresses that add color throughout the streets of Rio de Janeiro. Nobody can resist dancing to the rhythmic music and the dancing continues throughout the whole carnival week.

The Montreal jazz Festival is considered one of the world's best and biggest jazz festival events. This captivating Jazz Festival is set in French Canada's bilingual metropolis and takes place in the last week of June to the first week of July each year. Since its founding in 1980, this summer festival has become a longed for getaway of music lovers from all around the world. During the festival there are 350 concerts that are free of charge and the last Saturday of the festival there is a free all-star outdoor concert. There are also paying concerts that go for around $30 per ticket. The jazz festival is not jazz only, you can delight on other genres, such as swing, bebop, blues, world music, klezmer, salsa, Gypsy, reggae, cabaret, jazz-rock fusion and DJ sampling.

How to Get There: Montreal can be reached easily with regular flights from the USA and other parts of the world.

The New Orleans Carnival season, is a season of parades, balls (some of them masquerade balls), and king cake parties. It has traditionally been part of the winter social season; at one time "coming out" parties for young women at dÃ©butante balls were timed for this season.

Celebrations are concentrated for about two weeks before and through Fat Tuesday (Mardi Gras in French), the day before Ash Wednesday. Usually there is one major parade each day and many days have several large parades. The largest and most elaborate parades take place the last five days of the season. In the final week of Carnival, many events large and small occur throughout New Orleans and surrounding communities. Major parades originate in the Uptown and Mid-City districts and follow a route along St. Charles Avenue and Canal Street, on the upriver side of the French Quarter.

How to Get There: There are plenty of flights to and from New Orleans as well as regular road transport within the USA.

This world famous exciting event kicks off with a huge fiesta that involves the entire town and thousands of tourists. There are plenty of traditional folkloric events to enjoy and it all climaxes of course, with the big run. Thousands of people congregate in the square awaiting the mayor's official announcement that the fiestas have begun, a rocket is launched and the partying begins. During this festival men actually pit themselves against mad bulls in a frantic dash for their lives. The famous bull run is of course, the top tourist draw in Pamplona but it comprises just one element of a very sacred event.

How to Get There: As Pamplona airport only has internal flights, if you plan on flying to Pamplona, you will probably be flying through Madrid or Barcelona.

South by Southwest - Austin, U.S.A. - Probably one of the best Live Music Festivals in the World

The Texas capital plays host every March to perhaps the best live music and film festival in the world. With typical, casual Texas charm. This festival has become the top tourist draw in Austin and in parallel, the city has grown into a Top 20 U.S. market in that time. Austin now has more live music halls per block than any other city in the world. The South by Southwest Conferences & Festivals offer the unique convergence of original music, independent films, and emerging technologies. Fostering creative and professional growth alike, SXSW is the premier destination for discovery. Year after year, the event is a launching pad for new creative content. New media presentations, music showcases and film screenings provide buzz-generating exposure for creators and compelling entertainment for audiences.

How to Get There: You can fly directly into Austin Airport from all national and International cities.

This is probably the Film Festival of all the film festivals in the world. It rivals others such as those in Berlin, Venice, Toronto and Utah, which are probably trendier, but Cannes remains a myth within the film festival scene. There is no real substitute for the pioneer and original international film festival. Held every May since 1939, stars, critics, the media, power brokers and yes, even film buffs, flock to the Cote d’Azur to take in the wonderful madness that is Cannes. While films in competition are tough tickets to procure, the best bets are sometimes the more obscure selections. Whatever the case may be, just being there is worth the price of admission. The atmosphere is electric and for the duration of the festival, Cannes feels like the center of the world.

How to Get There: You will have no problem finding flights into Nice International airport.

Wimbledon Tennis Championship is the most renowned international tennis tournament of the world. It is also the oldest of the four Grand Slams. Held at the All England Lawn Tennis and Croquet Club, Wimbledon is the only Grand Slam that is played on the grass surface. As grass surface is considered the fastest among all outdoor courts and suits only those players who have serve-and-volley game and are competent of playing flatter shots, it is not easy for every player to sustain in the Wimbledon.

Wimbledon Tournament began in the year 1877, with only the Men Single's championship, with 22 players. However, today, winning it has now become the dream target of every tennis player. The women championship and mixed double concept came quite later in the Wimbledon tournaments. The present format of Wimbledon consists of five main events, four junior events and four invitational events.