Turks and Caicos: A Large Gift In A Small Package

Grand Turk Island is world renowned as a diving and snorkeling jewel, with its incredible aqua-blue waters. It also features magnificent beaches, and a large variety of fishing and water sports activities.

Just a few hundred yards from shore, the continental shelf suddenly drops off to a depth of 7,000 feet, creating some magnificent coral reefs, making Grand Turk one of the top five diving destinations in the world.

The cruising industry is a major economic asset to the country since the Grand Turk Cruise Center (developed and run by Carnival Cruise Lines), as the largest private employer on the island, is a major source of income. The Center, along with its support staff and cruise excursion operators make up approximately 80 percent of the non-governmental jobs in Grand Turk.

The Center itself is somewhat of a tourist attraction. The Margaritaville Cafe, at 17,000 square feet of space, is the largest stand-alone Jimmy Buffet franchise in the Caribbean. The Amoeba-shaped pool behind the Buffet's place is open to the public and features a swim up bar, a slide, cabanas, and a great view.

This lens is one of a series that the author is providing on over twenty cruise destinations in the Caribbean. Each lens will include general information on the destination, suggested shore excursions, and video and photographic illustrations where appropriate.

Map Of The Caribbean Islands

Effects on Cruising In Grand Turk Due To Hurricane "IKE"

Grand Turk Island was devastated by Hurricane "Ike". Eighty-five percent of the homes on the island were either damaged or destroyed. This created a temporary halt to this island as a cruise stop.

The Cruise Center opened in 2006, and since that time has become one of the Caribbean's most popular cruise destinations.

The Turks and Caicos have many shore excursions that will keep you entertained and busy. Like all destinations you can only choose one or two within the time you have available.

Remember that you can always see the rest on your NEXT cruise to Grand Turk. I am listing a few of the shore excursions listed by Carnival cruise lines below. The full list of twenty plus excursions can be found HERE.

You can click on the links for each excursion and it will take you to the Carnival Cruise Lines site which will give more detailed descriptions of each excursion.

Great Sources Of Information To Help In Your Preparations 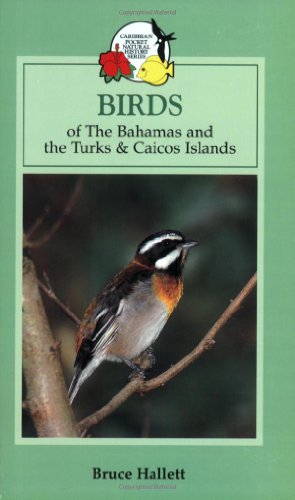 Birds of the Bahamas and the Turks and Caicos Islands (Caribbean Pocket Natural History)
A comprehensive ornithological guide introducing both visitors and residents to the bird life of the Bahamas Archipelago and the neighboring Turks and Caicos Islands. The text contains color photographs and information on the breeding birds of the region plus the most commonly recorded migrants that either pass through on their way to other destinations or stay during the winter season. The author emphasizes how to recognize or identify the various species and their plumages, and includes information on how bird populations are distributed throughout the islands. Behavior and habitat preferences are covered as well as calls and songs. Additionally, there are comments about the region's subspecies, especially those that are endemic to the area.
Buy Now

Living in the Turks & Caicos Islands: From Conchs...to the Florida Lottery
This is an important look at what it was to grow up in the Turks and Caicos Islands. Mr. Palmer's recollections let us know what it was like before the Islands were developed for tourism. Charles Palmer allows us to see the Turks and Caicos Islanders move from a rural life into today's modern society. I recommend this book for the traveller who wants to know a lot more than where the best rum punch is served. If you're lucky, you may even meet Charles Palmer on the golf course. From an Amazon book reviewer.
Buy Now

It is always a good idea to know the basics before you leave on your cruise. The following links will aid you in preparing for your cruise. From currency exchange to travel warnings, it is all here. And, don't forget your passport. Never leave home without it.

It's Your Turn Now. I'd Love To Know You Dropped By.