The State Of Arkansas

Discover the state of Arkansas and learn all about it here.

Arkansas is situated in the West South Central USA and is bordered by Missouri in the north, Mississippi and Tennessee in the east, Louisiana in the south, and Oklahoma in the west. This region comprising the state was bought by the USA from the French in 1803 as part of the Louisiana Purchase.

Arkansas gets its name from an Indian word meaning, "land of downstream people." One of it's nicknames is the "Bear State" because local Indians once hunted brown bears in the region

The state capital is Little Rock. Other important cities in Arkansas include Fort Smith, Fayetteville, and Hot Springs.

Arkansas fought on the Confederate side during the Civil War, however, in 1864 and 1865, there were both Confederate and Union governments in the state. A dispute over governorship in 1874 practically led to a civil war inside Arkansas.

President Eisenhower had to send troops to Little Rock in 1957 to ensure that African American students were allowed to attend a public high school in the state. Racism against African Americans ran high in the 1950's to 1960's with the battles over civil rights.

Ex President Bill Clinton was born in Arkansas and later became its governor.

Arkansas soil is fertile, and it's forests provide the raw materials for the lumber, wood product, pulpwood, and paper industries that have become important to the state. In addition to agriculture, the state has vast deposits of oil, natural gas, and bauxite. Ninety-five percent of the nation's production of bauxite occurs in Arkansas.

Arkansas is popular with tourists, many of whom visit the scenic Ozark Mountains where you can bathe in hot mineral springs and explore limestone caverns. Hot Springs National Park, which is located in the Ouachita Mountains, is also a popular tourist attraction.

Little Rock, Arkansas on the Map 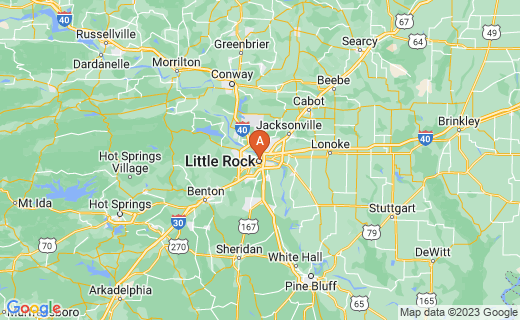 It's the Razorbacks every game they play. 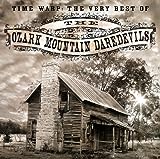 Please let me know if you liked this lens (or not). It's always good to know what visitors think, so if you have a few moments, a comment from you would be much appreciated.