About 55% are actively engaged in agriculture, a lower proportion than in some other Middle Eastern countries. The west is by far the most populous part of the country, with dense rural populations around Dimashq and in the middle Orontes district.

Population is still sparse along the Euphrates and in the northeast around Al-Qamishli though these fast-developing areas are now attracting more people.

Damascus (1,711,000) the capital, and Aleppo (2,301,570) both have a long history as trading centers on the desert border, though Aleppo has now become the more important commercial city.

Most Syrians are Sunni Muslims. Christians, about 10% of the population, include Maronites, members of the Eastern Orthodox and Uniate Churches, and Protestants. Two important Muslim sects whose beliefs . are far from orthodox, dominate two areas: the Jabal al Ansariyah, the stronghold of the Alawites, and the Jabal ad-Duruz, the home of the Druzes. The influence of Alawites and Druzes in national politics has been considerable.

More than 190,000 Armenians and about 80,000 Jews live in Syria and there are small groups of Turks and Kurds. Arabic, the official language, is spoken by most Syrians, though French is widely understood by those who have had higher education. More than 50% of the population are illiterate. 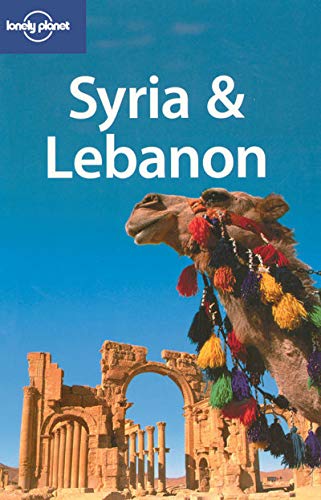 Syria has an extreme form of Mediterranean climate that grades into desert conditions in the east and south of the country.

About one-third of Syria receives less than 125 mm of rain annually.

The higher mountain areas and coastal Syria receives more than 750 mm. The rainy season (September-May) has its heaviest falls from December through March.

Winters are very mild on the coast with mid-day temperatures reaching 15 to 20°C except during rare cold spells.

Inland winter temperatures are much colder -5 to 10°C and below freezing in the mountains, where snowfalls can be heavy.

Snow is not infrequent in the desert. In summer inland temperatures often rise to 40°C. The coastlands and mountains are cooler, bur summer is everywhere a period of drought with almost cloudless skies.

Vegetation and Wildlife of Syria

The Syrian desert is not so rainless as to be devoid of plant-life. For a short time in spring it is bright with colorful wild flowers. It provides sparse but adequate grazing for sheep, goats and camels. Western Syria has low scrub and thin forests of evergreen oak, pine, cedar, wild olive and cypress. The best preserved forests are in the Jabal al-Ansariyah.

Gazelle are still found in the desert along with hares, foxes and rodents. The remoter parts of the mountains are the haunt of wildcats, wolves, wild boar, and even bears.

Wildfowl of many kinds live in the marshy areas around certain lakes, and the larger lakes and rivers have trout and other freshwater fish.