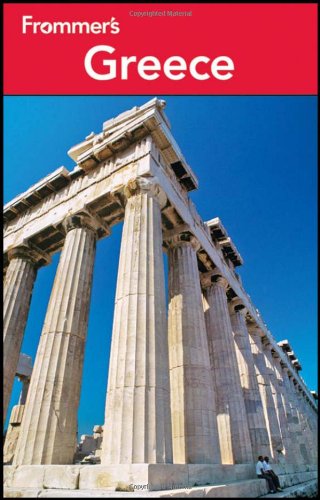 Greece was once well-forested, but centuries of overgrazing by sheep and goats and excessive felling in the 1800s have left only remnants of the once extensive woodlands. The less accessible mountain slopes are still covered with silver fir, beech, and Corsican pine, especially in the Pindus Mountains, which have the largest remaining Greek forests.

Below 4,000 feet, deciduous oak, sweet chestnut, and Aleppo pine predominate, interspersed with evergreen oak and hornbeam, while plane trees and poplars flank the streams. At lower levels evergreen oak mingles with dense maquis, scrub vegetation that blends with vines and olives below 500 m (1 600ft). On dry limestone slopes, and on many of the islands, maquis degenerates into phrygana, a low mat of aromatic plants (see Europe, Vegetation). Northern Greece, with its seasonally well distributed rainfall, has the Kermes oak on its steeper slopes, combined with beech and juniper.

Agriculture, though it has mostly retreated to inland Greece, still provides about 57% of Greek exports by value, with tobacco, cotton, and fruit as the major items.

Only about 25% of Greece is cultivable, the rest being too mountainous, too rough, or too swampy. Farming methods are usually primitive.

Most farms have less than 25 acres, and in remote areas are devoted to subsistence crops like winter wheat and beans, with small patches of vines and olives.

Sheep and goats are ubiquitous and are often moved in summer to the cooler hill pastures; so much overgrazing results. Lack of capital, the small size of the farms, and the rocky terrain have limited mechanization.

The mule is the usual draft animal, except in Thrace and the north where oxen and horses are more common. In the remote mountain areas the Vlachs, traditionally a pastoral people, migrate seasonally with their flocks and herds, wintering in tents or reed huts on the plains, especially around Trikkala and Larissa, and returning in summer to their high mountains villages.

The most profitable cash crops of the lowlands are tobacco (which usually provides about 17% of Greek exports by value), cotton, citrus fruits, and wheat. Tobacco has been grown in Thessaly and in the Vale of Tempe (Thrace) since the times of the Ottoman Turks, who also introduced that essential instrument of Greek popular music, the bouzouki. Rice is an increasingly important crop. Vines are grown mainly for currants; Greek resinated wines have only limited appeal abroad. Greece is a leading producer of lemons and olives.

Agriculture has expanded since World War II. There has been some consolidation of the smaller farms, marshes have been drained and new areas irrigated, and the use of better seed and fertilizers extended.

Fish has long been an important item in the Greek diet, and small fleets of wooden calques sail from many island ports and coastal harbors.

The eastern Mediterranean is not rich in fish, except for mullet, tuna, and sardines, and even these are now less plentiful as a result of overfishing and pollution.

Dried octopus is regarded as a delicacy and many of the island fishermen gather sponges.

In 2009 over 19 million tourists visited Greece, spending billions of dollars.

Hotel building is encouraged by various financial incentives even in already well-developed tourist centers like Athens, Corfu (Kerkira), and Rhodes. Some Greeks are concerned at the threat that mass tourism poses to the Greek way of life and to the unspoiled natural beauty of Greek coasts and islands.