What to Explore When Visiting the Ancient World of Egypt

The Pyramids and Sphinx of Giza

one of the seventh wonders of the world, it is one of a major tourist attraction, these three pyramids set next to each other for thousands of years witnessing to what is going on in the world. . The Great Pyramid of Giza is the oldest and largest of the three pyramids, it is the oldest of the Seven Wonders of the Ancient World, and the only one to remain largely intact. Now for the Sphinx of Giza: it is the symbol which represented the essence of Egypt for thousands of years. It doesn’t matter if you see the pictures of the Sphinx; nothing can really prepare you for the time that you finally see the Sphinx with your own eyes. It is located on the Giza Plateau on the west bank of the Nile in Giza, Egypt. It is believed that the face of the Sphinx is the face of the Pharaoh Khafra. 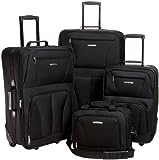 The Museum of Egyptian Antiquities, known commonly as the Egyptian Museum or Museum of Cairo, in Cairo, Egypt, is home to an extensive collection of ancient Egyptian antiquities, this museum is so huge , you will need a whole day just to see every part of it, it’s so amazing, I felt like I was in another era ( yes, I had the pleasure of visiting the Egyptian museum), contains the world's most extensive collection of pharaonic antiquities; no visit to Egypt is complete without a trip through its galleries.

They are two massive rock temples at Abu Simbel, southern Egypt, near the border with Sudan. They are situated on the western bank of Lake Nasser. This outstanding and unbelievable huge structure is an archaeological area that contains such magnificent monuments as the Temples of Ramses II at Abu Simbel, and the Sanctuary of Isis at Philae. The seated figures of Ramses are set against the recessed face of the cliff, two on either side of the entrance to the main temple. Carved around their feet are small figures representing Ramses’ children, his queen, Nefertari, and his mother, Muttuy.

Valley of the Kings

It is a valley in Egypt, it is hidden from sight, behind the cliffs, which form the backdrop to the temple complex of Deir el-Bahri. Though the most direct route to the valley is a rather steep climb over these cliffs, a much longer, shallower, route existed along the bottom of the valley. For a period of nearly 500 years from the 16th to 11th century BC, tombs were constructed for the Pharaohs and powerful nobles of the New Kingdom, because they wanted to be closer to the source of their dynastic roots in the south, built their crypts in the hills west of Luxor.

It is a vast temple complex in Luxor dedicated primarily to Amun and dating from as early as 2000 BC. It is an impressive sight, and second only to the Great Pyramids in popularity. Construction on the Karnak temple complex continued into the Greco-Roman period - a period of up to 1300 years of construction. Around 30 successive pharoahs added their own touches to the complex: a new temple, shrine, or pylon and carved detailed hieroglyphic inscriptions.

Located just to the west of Pompy's Pillar, is the largest and most important burial site dating back to the Greco Roman period in Egypt. Kom El Shuqafa, meaning the hill of treasures in the Arabic language, was discovered by coincidence in the beginning of the 20th century. It is the most important Greco Roman necropolis in Egypt, the Catacombs of Kom El Shuqafa have a mixture of Roman, Hellenistic, Pharaonic, and ancient Egyptian decorative art, elements that were common at this period in Alexandria.

Abydos was one of the holiest sites in the world. As the cult center of the god Osiris and gateway to the underworld, it was a popular place of pilgrimage and burial. The main monument at Abydos is the Temple of Seti I, built around 1300 BC by Seti and his son Ramses II. It is especially notable for its fine reliefs, considered among the best of the New Kingdom. The site of Abydos is huge, and includes a number of ruins and mounds around the edge of the desert.

The Pyramids of Dahshur

It is a royal necropolis located in the desert on the west bank of the Nile south of Cairo. Two of the pyramids are The Red Pyramid and the Bent Pyramid. They were built by Snofru. The Red Pyramid is thought to be older and is the only one that can be entered at this time. The Bent Pyramid was built out of limestone which was quarried locally. The casing was of polished limestone and known as the Southern Shining Pyramid.

I hope that you had a glimpse of the ancient world of Egypt, i know that am looking forward to see one of the seventh wonders of the world the pyramids, to tell you the truth for me personally all the ancient sites in Egypt are wonders, who need a time capsule, when you have Egypt. 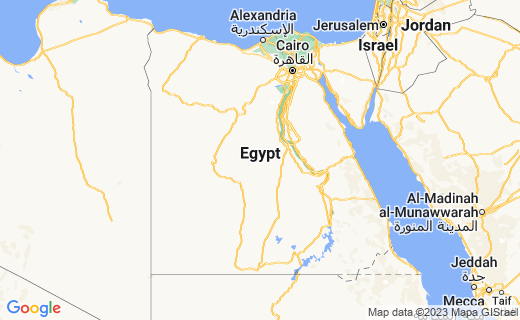 Did you enjoy exploring the ancient world of Egypt?