More than 5 million vehicles a year travel on Interstate 90 between Vantage, WA and George WA and pass by the stunning view of what appears to be a herd of wild horses running on top of a plateau on the east side of the highway. They are actually metal sculptures that are commonly referred to as the Wild Horse Monument. The official name of the art work is "Grandfather Cuts Loose the Ponies", and it was created by artist David Govedare in 1989. The sculpture and its name honors the heritage of wild horses and their association with Native American culture and legends.

In the numerous years since the sculptures were installed, I have gone on road trips on I-90 across Washington State and have passed by the sculpture and admired its beauty many times. I had often thought that some day, I will stop, hike up and take a closer look at the horses. I finally fulfilled that desire in the summer of 2011. In case others have wondered what the wild horse sculptures in the Wild Horse Monument look like up close, on this page I'm sharing my journey. All photos on this page were taken by Vicki Green - PNW Travels.

From the Parking Lot to the Trail up the Hill

Where is the Wild Horse Monument?

The Wild Horse Monument is on a plateau overlooking I-90 about 2 miles east of Vantage, WA. Since there is no address for the monument, the closest point on this Google map that can be displayed is Vantage, WA. The monument is actually east of the Vantage Bridge on the other side of the Columbia River.

A Map of the Vantage area in Central Washington 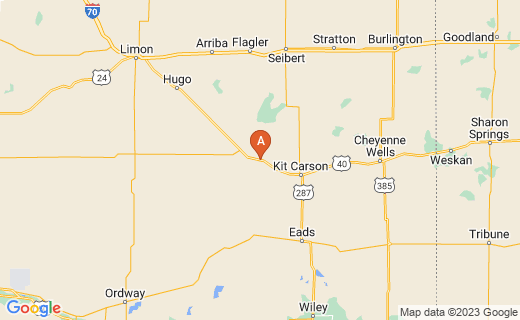 How to See the Wild Horse Monument

Located between Vantage, Washington and George, Washington the Wild Horses Monument is visible from I-90 west of the Gorge Amphitheater. If you'd like to hike up to get a closer look at the Wild Horse Monument, the turn-off to the road leading to the parking lot is accessed from the eastbound lanes of I-90 about 2 miles east of Vantage, WA. If you are traveling westbound continue on past the monument to the exit at Vantage to turn around and get back on the highway in the eastbound direction. After crossing over the mighty Columbia River on the Vantage Bridge, the road leading to the parking lot will then be on the right side of the road as the highway ascends a rather steep hill. Fortunately the Washington State Highway Department has posted a sign, making it easy to find the turn. A parking lot is located at the base of the hill and from there follow a rough trail leading up to the ponies.

Take part in a poll about "Grandfather Cuts Loose the Ponies"

According to statistics from the Washington Department of Transportation, over 5 million vehicles travel on I-90 past the Wild Horse Monument each year. Have you ever been in one of them?

Art to Commemorate Wild Horses and the Washington Centennial

The Story Behind the Monument

When sculptor David Govedare, who lives in Chewelah, Washington, learned in the 1980s that organizers of the upcoming 1989 Washington State Centennial were looking for ideas to commemorate the event, he was inspired to create the wild horse monument. The site of the monument was selected because the Columbia Basin is the area where the last roundup of wild horses in Washington State took place in 1906 in what has been called the "Last Grand Round-up" of the old west.

The sculptures were built though a fundraising effort that included officials from Grant county, businesses, local school kids and people all across the state resulting in over $60,000 to help fund the project.

The first metal horse sculpture was bolted into place in August 1989, in time for the Washington State centennial on November 11, 1989.

Many people passing the monument may not know that the project is unfinished. Govedare's design of the sculpture was to include a giant basket in the sky from which "Grandfather Cuts Loose the Ponies". The estimated cost to complete the project as originally planned is $350,000. Finding funding to finance the giant basket has been a problem. Some politicians have proposed state funding, but others have insisted that this should be done with private funding and donations, so it is unknown if it will ever be completed as originally envisioned.

According to the Washington State Department of Transportation statistics, it is estimated that over 100 million vehicles have driven past the Wild Horse Monument since it was installed.

Wild Horses of the West: History and Politics of America's Mustangs
Wild horses are part of the history and lore of the west. Their continued existence is in question due to political conflicts and competing uses for public lands. If you would like to learn more about the topic of wild horses, I recommend reading this book.
Buy Now

Hiking Up the Trail for a Closer Look

Be Prepared for the Hike

The Columbia Basin where the monument is located usually has hot and dry weather in the summer. If you are hiking up the hill to see the sculptures up close, I recommend wearing hiking boots or sturdy shoes and take along a small pack to carry your valuables and some water to leave your hands free to help keep your balance.

Take a Day Pack for Hiking up the Hill 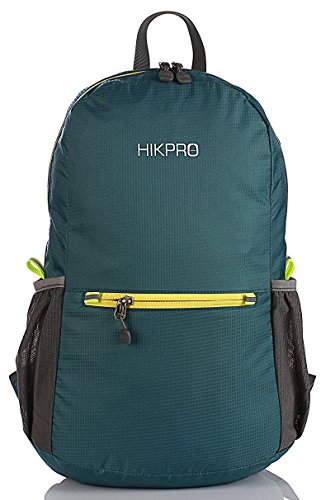 HIKPRO 20L - The Most Durable Lightweight Packable Backpack, Water Resistant Travel Hiking Daypack for Men & Women
This handy lightweight daypack is my favorite to take along for dayhikes. It is inexpensive and has easily accessible places for all of the things I like to carry with me like water, my camera, keys, phone, flashlight, extra jacket and food.
Buy Now

Blooming Wildflowers Along the Trail

New Polar Insulated Water Bottle 24oz Red
The climate of central Washington is arid, so when hiking, it is important to carry water and stay hydrated. This Polar insulated bottle works great for keeping water cold. It has a wide mouth for adding ice cubes and is BPA and Phthalate free. Cleaning it is easy since it can be washed in the dishwasher,
Buy Now

Ascending the trail and we're almost there

The rough trail to reach the top of the hill is approximately a quarter mile long. As we near the top, we get a closer look at the horses. Each wild horse sculpture weighs approximately 1,200 pounds and is bolted into the hard volcanic rock, but even so, they frequently sway in the strong winds that blow through the Columbia River gorge.

A Close-up View of the Wild Horse Sculptures

When we arrive at the top we can see that "Grandfather Cuts Loose the Ponies" is made up of a herd of 15 metal horse sculptures in a line about 200 feet long. Each horse sculpture is unique and is posed in a different position. It was amazing to me that the sculptures look like real horses from a distance, but when viewed up close, their metal construction is clever but very obvious. Unfortunately, there has been graffiti painted on some of the horses.

The other rewards for putting in the time and effort to hike up to the top of the hill are the magnificent views of the Columbia River, Vantage Bridge and the rugged landscape of central Washington State.

After enjoying the views from the top, we headed back down the trail to the parking lot. The steep incline, sand and rock make it easy to slip and fall, so it is important to watch your step.

Other Famous Sculptures by David Govedare

Probably David Govedare's most famous artwork is the runners sculpture that can be seen along Spokane Falls Boulevard in Spokane, WA. It was created to celebrate Spokane's Bloomsday Run that is held every May.

Another of David Govedare's sculptures, "Ten Feet Into the Future" can be found in a grassy plaza just north of the Olympic Sculpture Park near the Seattle Waterfront. Installed in 1986, It features 5 larger than life-size runners, each one representing a different race. 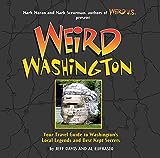 Weird Washington: Your Travel Guide to Washington's Local Legends and Best Kept Secrets
If you are a resident or are planning a trip to Washington State and enjoy exploring unusual attractions, I recommend buying or borrowing a copy of "Weird Washington". It is full of all sorts of information about strange and unique places to see in Washington.
Buy Now

What do you think about the Wild Horse Monument? - Have you ever hiked up the hill to get a closer look?