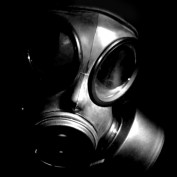 Joined 5 years ago from The Bitterpits

Former gypsy king, now lone wolf philosopher. Disagrees with everybody on everything. Not interested in petty morals. Fights the machine valiantly and believes he might win.

In the elite graves surrounding the great pyramid of Khufu so-called 'reserve heads' were found. To this day, their purpose is shrouded in mystery, but a compelling new theory may solve the riddle.

The Harem Conspiracy and the Murder of Ramesses III

In April 1155 BC, pharaoh Ramesses III had his throat cut to the bone. A conspiracy was revealed which involved the women from his harem, sorcerers and high court officials.

Ancient Egyptian nobles and kings loved to keep dwarfs and pygmies in their households. Dwarfs were believed to have supernatural powers and a special connection to the gods.

The Mysterious Screaming Mummy and Betrayal of Ramesses III

A previously unidentified mummy known as 'Unknown Man E' has long been tied to the 'Harem Conspiracy', the plot to kill Ramesses III. Finally, the identity of 'Unknown Man E' can be revealed.

The Royal Cache of Deir el-Bahri: Priests as Tomb Robbers

In the 1870s, artifacts appeared on the antiquities markets that bore the names of royals whose graves were still undiscovered. Tomb robbers had made one of the greatest archaeological finds ever.

The Tanis Royal Necropolis: The Treasure of Psusennes I