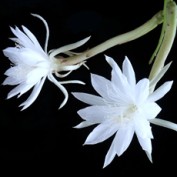 John Jack George is a History Major at Montclair State University. He's been writing since he was young, but only recently found the courage to publish online for others to see. Other than history, he eventually hopes to be able to write the fantasy novel that's been naggling at him for years. The stirring love tale of Eros, also known as Cupid, and Psyche is a compelling Greek myth and helps highlight several important moral lessons and aspects of Greek culture Fenrir, Loki's son, is prophesied to cause great harm to Asgard, and grows dangerously fast. This story is considered to be one of the important, if somewhat minor, tales in Norse Mythology. The Model A was the first official Ford car. Created in 1903, this car was more advanced than the Quadricycle, and began to gain popularity. Greek Mythology: Arachne and Athena-How the First Spider Was Created

The weaving challenge between Arachne and Athena is a tale of hubris and of godly jealousy, leading Arachne to be transformed into the first spider. The Soul's Journey Through the Ancient Egyptian Afterlife

The Ancient Egyptians had a unique view on the soul and the afterlife. Napoleon's greatest defeat didn't come at Waterloo. It wasn't even at the hands of other humans. His greatest military defeat was at the paws of a horde of rabbits he had intended to hunt.