The Higgs Boson (In Ten Minutes)

The Standard Model of Particle Physics

Often referred to as "The Theory of Almost Everything", the Standard Model explains the interaction of subatomic particles as governed by three of the fundamental forces: Electromagnetic force, the Strong force, and the Weak Force. The fourth, Gravitational Force, is excluded from the Standard Model.

So, what is the Higgs Boson?

Theorized in 1964, the Higgs Boson is thought to be a fundamental particle which, in a severely simplified explanation, confirms the existence of the field which gives elementary particles mass. While this may not seem like much initially, it is absolutely pivotal to the Standard Model of Particle Physics and the confirmation of the Higgs Field is tantamount to validating the entire Standard Model.

The LHC is the highest-energy particle collider in the world. Constructed at CERN (The European Organization for Nuclear Research) in Geneva, Switzerland and completed in 2008, its purpose is primarily to prove the existence of the Higgs Boson and a number of other theoretical particles and interactions. Residing within a 17 mile-long tunnel, the LHC is undoubtedly one of the most complex scientific facilities ever constructed, and one of the most expensive with a price tag of 4.75 billion USD.

The God Particle: If the Universe Is the Answer, What Is the Question?
Buy Now

The Higgs mechanism was theorized in full in 1964 by three separate groups of physicists, including Peter Higgs, Robert Brout, Francois Englert, Gerald Guralnik, C. R. Hagen, and Tom Kibble. However, the original proposition of the mechanism was made two years earlier by Philip Warren Anderson without a relativistic model.

After 30 years of theory and experimentation, on March 14th of 2013 CERN confirmed that a particle initially discovered a year prior by two independent groups was very likely the Higgs particle.

In 2013, the Nobel Prize in Physics was awarded to Peter Higgs and Francois Englert "for the theoretical discovery of a mechanism that contributes to our understanding of the origin of the mass of subatomic particles, and which recently was confirmed through the discovery of the predicted fundamental particle, by the ATLAS and CMS experiments at CERN's Large Hadron Collider." 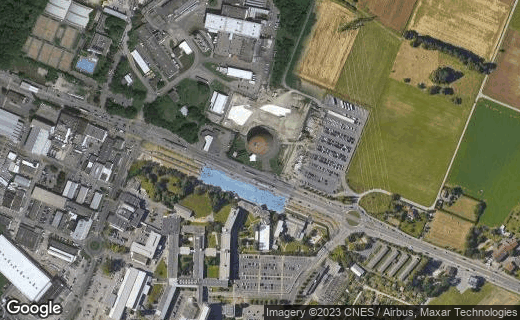 The Particle at the End of the Universe: How the Hunt for the Higgs Boson Leads Us to the Edge of a New World
Buy Now

Why does it matter?

Other than justifying the longest running and most expensive bit of research in the history of physics, the apparent discovery of the Higgs Boson explains mass as it exists in the universe. Without the Higgs Field, all elementary particles would simply fly about at the speed of light and be completely unable to interact. This would not allow for the formation of stars, or even atoms. Life would not exist. It is the answer to one of the most crucial questions in physics, and it changes the game entirely.

The confirmation of the Higgs opens up the world of physics to a number of critical questions and next-steps, including the possibility of an explanation of Dark Matter.

Note from the Author

I understand entirely that I've chopped down the explanation of an incredibly complex area of science, and I am certain that the temptation to verbally eviscerate me for my oversimplification will exist in some readers. I urge you to resist the compulsion to cross the line from constructive criticism into the realm of verbal attack. I am not a physicist, just a regular person who finds the machinations of the universe to be utterly fascinating.

In short, go easy on me. If you do like what you see, feel free to track me down on Facebook, or visit my home page for more ways that tiny little whatchamacallits are responsible for absolutely everything.

For a more in-depth look at the Higgs