Kallikantzaroi, Greek Christmas Goblins (and beyond)

Katerina Kostaki is a Greek visionary author, poet, healer and speaker.Owner of the ACADEMY OF INNER LIGHT Network.

All folklore stories and legends in my country, Greece,are coming from the source named "Conventional Wisdom and Trandition".

There are traditions kept and shared over the years mostly by old women in villages and rural areas.

Those places are deeply connected with Nature, fiction, and story telling.

Grand-mothers like mine used to believe in superstitions and carry the mystery of their fictional essence to infants.

Traditionally they were gathering the family around the fireplace or the stofa and narrating fairy tales entrusted by their own grand-mothers in their youth.

The fairy tales were restored,transformed and molded the way each lady thought might be efficient regarding the purpose of this story telling.

A story telling could be less realistic and more fictional if the motive was to discourage children from going out without permission or remain strictly close to family affairs.

On this lens, I share with you the legends and myths related to Greek Christmas Folklore.

The Princess and the Goblin (Puffin Classics)
Princess Irene lives in a castle in a wild and lonely mountainous region. One day she discovers a steep and winding stairway leading to a bewildering labyrinth of unused passages with closed doors - and a further stairway. What lies at the top? Can the ring the princess is given protect her against the lurking menace of the boglins from under the mountain?
Buy Now

The word Kallikantzaros is of Greek origin and refers to non-benevolent goblins of the Greek Folklore.

They usually abide underground and come to surface during Christmas (25 December to 6 January).

According to Wikipedia, Kallikantzaros means 'Kalos Kentavros " or "Beautiful Centaur".

Actually many folklorists in Greece believe that they originate from souls of dead released from the Underworld,werewolves and Centaurs.

Spirits, Fairies, Leprechauns, and Goblins: An Encyclopedia
A fabulously entertaining work with over 100 delightful illustrations--Library Journal calls Spirits, Fairies, Leprechauns, and Goblins its "favorite work of 1996." In more than 2,000 alphabetically arranged entries, readers will meet angels, demons, elves, encantados, fairies, familiars, keremets, nats, nymphs, and many other strange beings from around the world.
Buy Now

Do you believe that Goblins exist?

Nobody Likes a Goblin
Goblin, a cheerful little homebody, lives in a cosy, rat-infested dungeon, with his only friend, Skeleton. Every day, Goblin and Skeleton play with the treasure in their dungeon. But one day, a gang of "heroic" adventurers bursts in. These marauders trash the place, steal all the treasure, and make off with Skeleton―leaving Goblin all alone! It's up to Goblin to save the day. But first he's going to have to leave the dungeon and find out how the rest of the world feels about goblins.
Buy Now

Kallikantzaroi (Goblins) and the World Tree

The myth about the Kallikantzaroi and the World Tree reminds us the presence of a legendary Tree which roots are hidden underground.

Kallikantzaroi are sawing the roots of this tree to make Earth collapse with it.

BUT when Christmas comes they forget everything, go up to the surface messing the world and when Epiphany arrives they go straight back to their caves.

Meanwhile the Tree roots have already recovered and they start again sawing.

Interesting Pages on the Web 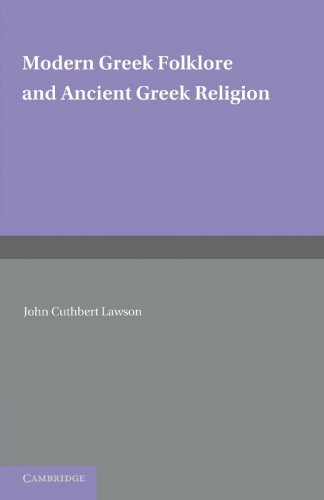 Modern Greek Folklore and Ancient Greek Religion: A Study in Survivals
Originally published in 1910, this book analyses the customs and superstitions of modern Greece as a means of gaining a greater understanding of ancient Greek belief structures. Analogies and coincidences between ancient and modern Greece had been pointed out prior to the publication of this edition, but no large attempt had been made to trace the continuity of the life and thought of the Greek people, and to exhibit modern Greek folklore as an essential factor in the interpretation of ancient Greek religion.
Buy Now

Appearance and Attitude of Kallikatzaroi

The appearance of these bizarre and occult entities differs from place to place,region and traditions.

Many people have imagined ( less witnessed) them having horse like legs, hairy bodies,small, smelling horribly, red eyes and tongues and long curved nails.

There are witnesses that describe them tall and dressed in a bizarre way with dark skin and long ears and dog face.

However they are creatures of the night.

They also enter the houses through the chimney.

It's been said that they go around the houses, steel the food, the children and everything that has a value for the inhabitants of this place.

The storytellers describe them as evil creatures who damage and destroy the houses and should be treated with cookies and sweets.

When going out to do their nasty things,they do not miss to spoil the gardens, unless the lady of the house places a colander with holes.

The Kallikantzaroi start counting the holes till the sun rises and they are forced to escape back to their bowls.

The Goblin Wars Complete Trilogy: Omnibus Edition (Three epic fantasy books)
Lady Scrapple lurks in the depths of Kanebullar Mountain, building her army of mindless slaves and waiting for the perfect moment to strike. As the final pieces are about to fall into place and secure her victory, an anomaly is born. A single goblin stands free of Lady Scrapple’s iron-clad hive mind. A few miles west of Kanebullar Mountain, the frontier city of Talonrend perches dangerously on the edge of anarchy. King Lucius Firesbane has disappeared without an heir and left the city leaderless. In the face of chaos, one man sets out to find his king. The limited edition omnibus features all three epic books in The Goblin Wars series! Part One: Siege of Talonrend Part Two: Death of a King Part Three: Rebirth of a God The Goblin Wars is epic sword and sorcery fantasy unlike anything you've ever read before.
Buy Now

Poll No 2 for Kallikantzaroi (Another Poll??)

Do you believe in story-telling of Kallikantzaroi?

It is commonly believed in many rural areas in Greece that children being born during the Christmas Time tend to transform into Kallikantzaroi.

Those children might have the characteristics of those entities as a punishment for their mothers to bear them during the Christmas Time of sacred Holy Mother.

Anyway it was also a deep belief that those who had a Guardian Angel had escaped this strange transformation.

Christmas in Ritual and Tradition-Christian and Pagan - by Clement A. Miles

...and the pause of Kallikantzaroi running riot over the Earth

I remember my grandma saying that Kallikantzaroi beware of Holy Water and Light.

For twelve days Kallikantzaroi (from Christmas Day to Epiphany on 6th January) are running around creating disaster,spoiling and damaging belongings of villagers,according to

Indeed the blessing of the Waters on the Epiphany on January 6th of each year becomes the greatest enemy of this evil creatures.

They run back to their caves fearing to return again and being burned by the Agiasmos (the Blessed Water).

In old times people used herbs in order to dismiss the evil Kallikantzaroi and the evil energy derived from them as well.

The herbs were mostly hyssop, thistle, and asparagus spread over the fireplace.