Darude is from Hinnerjoki, Finnland, and his real name is Ville Virtanen. If you watch his electronic-music videos, you can see the energy he effuses.

It explains how he sold well over 5 million electronic music-produced records, and he is a top producer and international DJ with multi-platinum awards.

His sound is unique, clean, and upbeat. You can immediately identify his music because, for over 20 years, he influenced artists and the dance scene. 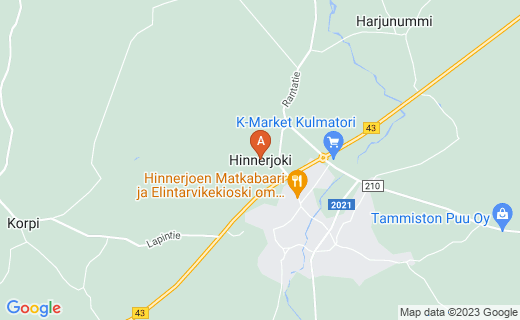 Reportedly, he lives in Atlanta, Georgia, where he relocated his family. He travels around the world, playing at top venues like Groove Cruise and Tomorrowland.

Darude feeds off his experiences in life to make electronic music programs, though never in a real sandstorm. I am referring to his song about sandstorms. The song is one of his most popular but not based on his own experiences.

He talks with the media about his travels and encounters that he considers his education of life. In an interview with Trancesound.net, he spoke about working with other artists. “Personally I would love to work more with other people in the studio and get stuff done or started that way, and I do that from time to time, but I am more comfortable first working on something on my own for a while, to get some basic ideas, sounds or beats done, and then present them to the collaborator(s), so that I don’t have to squeeze out anything under pressure.”

"Born on the 20th anniversary of the opening of Disneyland Park, yet ironically enough, one of his songs (Sandstorm) is played at Six Flags Magic Mountain."

Darude's success has been long, as equally a live performer and club DJ. Mostly, topping the charts is what has drawn praise. He creates and knows how to produce electronic music albums and remixes singles such as ATB feat. Other extraordinary tracks include Thrillseekers and The Fields of Love. Every electronic music production has earned him esteems from industry leaders.

Anyone in the industry that has talked with Darude about his livelihood, Sandstorm, comes up as one of his favorite dance tracks. The track continues to stand out and never dulls the dance floor or workout session.

Dave Pearce interviewed Darude about his techno music career. In the interview, they talked about the beginning of his electronic music career. Ironically, he never thought of himself as in this particular form of music who had the potential of being successful.

He told Pearce his whole life appreciated dance music. When he was close to his 20th birthday, he decided to become an electronic music maker and produce music by creating free shareware on his computer.

He had aspirations of DJs playing his tracks while hanging back to see the dance floor reaction.

The music he plays is big, clean, upbeat, and electrifying without ever letting his audience or dance floor down. He surpassed all expectations and is here to stay.

Darude released an album in 2013 called Moments with the main song called Beautiful Alien, which hit number one on the Finnish charts. He toured the world and hit many electronic music festivals and venues in Canada and America.

He traveled the world on his Surrender Tour, coinciding with the release of Surrender with Ashley Wallbridge.

Darude hit the electronic music scene when it was new to the world, and he flourished, creating a new kind of music because of the potential undiscovered terrain. Without any formal electronic music schools in existence, Darude taught himself how to produce the new music.

Studying his career will teach newbies the what, where, when, and how of the industry.

Darude tours the world and plays music for his fans, and he has a large fan base. He tours Europe and heads to the US like a circuit.
I am amazed at how passionate he gets for each gig. His passion is powerful and creates a dynamic atmosphere for all those who attend his performances.

I recommend you visit his Facebook page, get the latest Darude techno news, and catch his next tour.