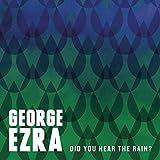 Even for some Alternative Music lovers, George Ezra remains quite unknown, although his career right now is growing huge fires with his breakthrough song Budapest already getting chart attention in countries such as United Kingdom, Australia and New Zealand and pretty much most of Europe too! Sooner or later, George Ezra's name will fly up in the United States music chart and everyone will ask "Who is this bearded old man singing that great song in the radio titled Budapest?" Budapest? and when they check him out themselves in YouTube they will find out that he is not a bearded old man! He is the one in the picture above this text, and in case you have already listened to his stuff without seeing his face then you will be surprised too!

With a voice that is as low as an old man and with his humpy guitar tunes, this man is going beyond edges of the Alternative Music. As part of his promotion in the United States, iTunes gave the "Single of the Week" treatment for Budapest for which everyone who has an iTunes account can download the song for free! And that is when I discovered him myself.

If you are interested enough to hear this "amazing" tune I am speaking about, then head directly to the YouTube link I posted below. And if you really love it that you want to support him, then you know what to do! 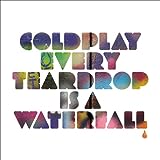 Every Teardrop Is a Waterfall
Buy Now

With more than 80 million records (and still counting) worldwide, Coldplay is perhaps the most successful and established Alternative Act the world has witnessed! Their success is just immense as well as their critical acclaims too.

The song I picked at #4 is the lead single from their Mylo Xyloto album (I still don't know how to pronounce the title by the way!) which is entitled "Every Teardrop is a Waterfall" and it seems like the major music critics agree with me too! The song received two Grammy nominations and it received positive responses from music critics and listeners alike! It reached #14 in the Billboard Hot 100 and reached the Top 10 in almost every major market worldwide.

The summery yet laid-down-in-the-grass sound of the song makes you think about just everything in your life! It will prompt you to go and explore the outside world instead of just lying in your bed all the time!

There's a video link below, go check it out and you'll immediately love it just on one listen!

Watch and listen to Coldplay's amazing piece of music! 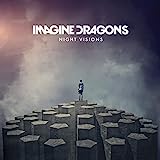 Even before the song made a huge impact in the charts, it is already clear that Imagine Dragons' Demons is destined to be one of the best Alternative Songs of the Decade. The composition of the song, the lyrics, the production and the phenomenal vocals of the band's lead vocalist, it's clear that the song should be talked about in the following years to come.

Imagine Dragons immediately found a huge fame after they released their debut single "It's Time" that subsequently made a huge impact in the music charts including the Alternative Charts. And since then, the song was covered multiple times that only added to the song and the band's exposure!

After releasing their debut album Night Visions, the band released a follow-up single titled Radioactive which became their biggest hit to date and is probably one of the biggest Alternative hit of all time. It sold more than 6 million digital copies in the United States alone and experienced an amazing longevity in the Hot 100 chart.

It's Time and Radioactive are both acclaimed Alternative songs for the band and are the biggest reasons that the album is still selling tons of copies every week but the true highlight of the band's early career is probably Demons. It peaked #6 in the United States but had an amazing longevity in the chart too and ended up selling more than 3 million digital copies as of this writing! Listen to the song below so that you'll have an idea of how it sounds.

Captivating the world's heart since 2009, this folk-rock band found enormous success in their debut album Sigh No More despite not having any huge hits from any of its songs! Perhaps the reason for this is the undeniable outstanding word-of-mouth. People are constantly talking positively about the album, thus generating enough hype for people to actually check out the album and the cycle goes on and on again until it gained widespread success! With more than 6 million copies sold just in their debut album, Mumford & Sons immediately became a staple in the music industry.

Released as a lead single from their second studio album, I Will Wait immediately captivated the hearts of the critics and the listeners who fell in love with their first record. The song subsequently became the band's first major hit, reaching #12 in the Billboard Hot 100 and #1 in the Alternative Songs chart and went on to sell more than 2 million digital copies in the U.S.

The song also contributed to the album's success, having sold more than 1 million copies just in its first week of release (more than half came from the United States alone)! Babel garnered the band an Academy Award for Album of the Year. 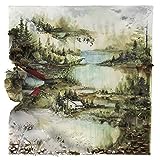 Unlike most of the artists mentioned before this, Bon Iver is not so successful commercially, but he proved to be a huge success from music critics and casual listeners. In fact, Bon Iver's debut album For Emma, Forever Ago was ranked #92 in Rolling Stone's Best Album of the 2000's amidst tens of thousands of albums released every decade! He first garnered international recognition with his song Skinny Love which was covered and popularized by Birdy and subsequently, thousands of new fans came rushing in to discover his music.

Everything about the song is simply perfect, it is the epitome of perfection and despite more than a thousand listens already, it just never gets old. The lyrics are somewhat like that of a poem, so hard to decipher if you are reading it word for word, but once you are inside the context, then you'll understand what it is all about!

And if you still think that this is not a worthy #1, then I suggest you watch the video below. Or simply listen to it laid-back in your bed, that way you'll really realize what a masterpiece it is!

Breakdown for the Best Alternative Songs in this Decade!

If you think that there is something wrong with my Top 5 picks or if you do not agree with me, the comment box below is always available for discussion! Thanks for reading.