Movies That Are Encouraging

The film Dolphin Tale is based on the true story of Winter the dolphin, is nearly two hours long, and gives viewers plenty to see and consider while waiting for any family related holiday to arrive.

This is a good film, because it is uplifting, contains both drama and humor, is educational, is well acted, and includes two child actors that have future potential. 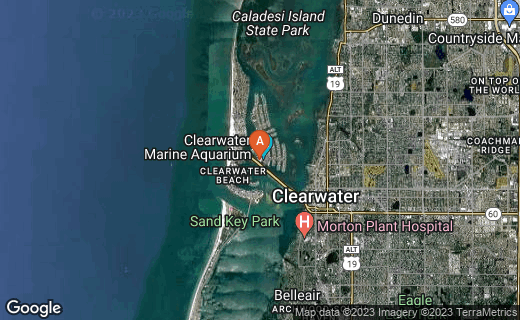 Actor Harry Connick, Jr. comes from the world of New Orleans and Music, but his acting talents on television and in films are equally enjoyable. He plays a real-life scientist that harvested an old warehouse to create a sea life and waterfowl hospital, refuge, and research center. Connick is convincing as the scientist determined to help Winter and other wildlife in the process of educating the children of the community.

Veteran actor Morgan Freeman plays a medical scientist that creates prostheses of all kinds for our Wounded Warriors that return in need from armed services missions in Iraq, Afghanistan, and other locations. Working with Connick's scientist and Winter the dolphin, this character combines animal and human medicine. His prostheses for Winter's tail help him design better equipment for his armed forces servicemen and -women and visa versa .

This is how the world should work in many minds. Freeman can play any part from chauffeur (Driving Miss Daisy ) to prisoner (The Shawshank Redemption ) to Civil War soldier (Glory ) to God (Bruce Almighty ) and all sorts of characters and famous people. His unique banter with Winter and her caretakers is happily uplifting - he calls her "Fish" and she spouts water on him a lot.

Freeman has won a Lifetime Achievement Award from the American Film Institute, a People's Choice Award in 2012 , and the 2012 Cecille B. Demille Award, which he dedicated onstage to one of his presenters, Sydney Poitier.

Morgan Freeman plays Dr. Cameron McCarthy in the film, but the real-life medical scientist is Kevin Carroll, winner of the 2009 Distinguished Service Award of the United States Sports Academy for helping paralympic athletes that includes our Wounded Warriors.

The doctor develops prostheses, research projects, education programs, and publications while he maintains his post as Vice-President of Prosthetics for Hanger Prosthetics & Orthotics, Inc.

It took Carroll at least a year of work to develop a tail for Winter that works, having developed prostheses for four-legged beasts and a duck. Working with the Dolphin, Carroll and his partners developed a pressure easing substance now called WintersGel .

Children did not discover the baby Winter, found hurt on a Florida beach in 2005 one December. However, two young actors particularly contribute positively to this film.

Cozi Zuehlsdorff plays young Hazel Haskett, daughter of scientist Clay Haskett (played by Connick). Quite personable and energetic, Cozi enjoys using her advanced piano skills at age 12 in 2011, filming home-produced films, and attending church. She has been acting since age 8 in the title role of Annie onstage and enjoys filming commercials as well as films.

Kris Kristofferson, former Golden Gloves Boxer and US Army Captain, plays Hazel's grandfather in the film. He has been active in music and film since 1970, when he gave up a teaching position at West Point Military Academy to go to Nashville.

Nathan Gamble, born 01/12/1998, believably plays a young troubled student, Sawyer Nelson, who finds encouragement at the Marine Center in helping Winter. His mom Lorraine is played by Ashley Judd. Nathan has been acting in films and television since 2006, at about age 8. He won the Young Artist Award for Best Performance in a Feature Film by an actor age 10 or younger in 2007 (Babel ) and 2008 (The Mist ).

Ashley Judd is not only an accomplished actor and member of the family of The Judds, she also has an earned Masters Degree in Public Administration from Harvard's John F. Kennedy School of Government. She has done humanitarian work globally.

Ricky the Pelican: A pelican that lives at the Marine Center is a star in it's own right, chasing misbehaving humans and seemingly cracking its own bird-type jokes. Everyone should have a pelican friend.

Compared to the animated films Happy Feet and Happy Feet 2, Dolphin Tale puts across its environmental message with compassion and somewhat fewer laughs, but is not preachy. Morgan Freeman, who narrated the profound and beautiful March Of the Penguins produces several laughs and charming scenes in Dolphin Tale.

The film is encouraging in nature by showing busy scientists taking time to learn from animals, help them, and transfer new knowledge to human medicine and visa versa. The story points out how working with animals can make a better life for humans, especially our injured armed services people, but also for the medical personnel, related volunteers, and the community at large, including children.

Winter plays herself, a dolphin found beached with a fishing net cutting into her bloody tail and body (In real life, the netting and a fishing line cut off her circulation and her tail fell off eventually).

Despite the efforts of a team of wildlife rehabilitators that is led by Harry Connick, Jr., the end of Winter's tail must eventually be amputated in the film. Her survival requires volunteers to carry her through the water 24/7, until she tires of the confinement.

Incredibly, Winter learns to swim by moving her tail in a way for which it is not designed and the repetitive stress injury her swimming causes can lead to her death. The situation is as frustrating for the rehab team as it is to doctors and engineers that are trying to help our Wounded Warriors with lifelike prostheses that work.

Prosthetics trace their initiation back hundreds of years or longer, and American bio-engineers improved the "peg leg" of the pirate and the American Civil War soldier considerably. To the amputee, however, even some of the newest designs in artificial limbs feel like a boat oar or traffic cone stuck willy-nilly on the end of a leg. The teams of scientists and volunteers that help our amputees in the human and animal worlds keep working until they find something good.