Easter 2013 is a few days away. As some of us prepare to celebrate with eggs, bunnies, lamb, ham, chocolate, candy, and parades, we might be wondering about the origins of a few of these traditions.

Easter, the Day and the Word

Easter Sunday is the most important High Holy Day on the Christian calendar. On this day, Christians around the world celebrate the resurrection of Jesus Christ. The holiday usually occurs at the beginning of spring, and often coincides with the Jewish celebration of Passover. The fact that these two events take place in the same season is not coincidental.

Historians and scholars conclude that “Easter” came from the name given to an ancient Anglo-Saxon goddess of spring. These Northern Europeans actually called her “Eostre” or “Ostara.” According to www.godlessgeeks.com, that information was discovered in a book written by Christian scholar Venerable Bede (672-735 C.E.). There was also a Teutonic (German) goddess of fertility, and a pagan goddess of dawn and sunrise (sun rising in the East) called Ostara, Eostur, Eastre, and other names with similar spelling. A third theory is that the word easter derived from the German word ostern, which referred to the white robes members of the 15th century Roman German Church wore to participate in resurrection celebrations. As it were, ostern also means sunrise.

Add to this the Greek word Pascha and the Hebrew word Pesach. Both refer to Passover, which honors the Moses-led exodus of the Jewish people from Egyptian bondage. It was during Passover festivities that Jesus Christ was crucified and later resurrected, according to the Christian Bible.

The spring season denotes new life, rebirth, fertility, and awakening. Passover and Easter occur in the spring and in way, reflect the same events. So, for those early Christians who wanted to convert pagans to Christianity, it was easy to combine celebrations and symbols. 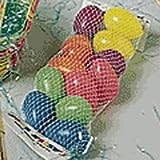 Eggs were pagan symbols of fertility and new life, and they were used in many springtime festivities. Romans, Persians, and others would decorate and paint them in vibrant colors to give as gifts. Meanwhile, early Christians were forbidden to eat eggs during Lent (40 days of fasting and penance). Some considered Jesus’ tomb an egg. So, once the season ended on Easter Sunday, eggs were treats. Parents also created games as egg rolls and find hidden eggs for their children. Out of that grew the now infamous tradition of the Egg Roll at the United States (U. S.) White House. This tradition actually began at the U.S. Capitol in the 1800’s. Congress outlawed it because of the mess, but in 1878, President Rutherford B. Hayes revived it on the White House lawn. Chocolate eggs began in Germany in the 19th century before going global, states the “Arizona Daily Star.”

Of course, we all know the Easter bunny (originally hare) is another symbol of fertility, and folklore inferred bunnies produced eggs.

Lamb and Ham at Easter Dinner

The “Arizona Daily Star” also describes the connection between the tradition of serving lamb and ham at Easter. Lambs like other fauna and flora are born in springtime. In the Passover story, God commanded the murder of all first-born males in Egypt. Only those (Jews) whose doorposts were marked with the blood of an unblemished or perfect lamb were saved. In the Christian Gospel of John, Jesus is called the “lamb of God” and he comes to destroy sin.

Ham has no Easter or religion mention, but in the era of no refrigeration, the cured meat of pigs slaughtered in fall would be ready for consumption in springtime.

Early Christians donned white robes after their Easter week baptisms to indicate their new lives as Christians. Those already baptized wore new clothing. In the Middle Ages, European Christians would take a stroll while wearing their Easter finery (sometimes led by the Crucifix or an Easter Candle) after the worship service or mass. Some believe the roots stem from the Palm Sunday procession of Jesus entering Jerusalem, and the Crucifixion journey, which occurred days later.

Easter parades evolved as time passed into today’s spectacle of women, men, and children dressed in elaborate costumes, including head wear (Easter bonnets), and music. The popular parade down New York City’s Fifth Avenue began during the mid-19th century-Civil War era when the wealthy would show off their elegant spring wardrobe. Today parades also occur in the U.S. city of New Orleans, Canadian city of Toronto, and the English city of London.

What is your favorite Easter tradtion?