There are several female cyber-activists fighting ISIS, and I’m honoured to be representing them.

Location of Jordan in the Arab World 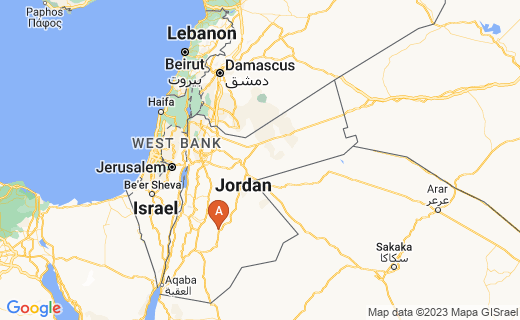 Movies that mock beauty pageants feature contestants who all state that they want world peace when then are asked a question on stage in the semi-finals, because they cannot think of anything else to say. Real life pageant contestants have shown that they have much more on their minds and they all seem to have dedicated causes today that are important.

Miss Jordan 2010, Lara Abdallat, also first runner-up in the Miss Arab World 2010 - 2011 contest, joined an anti-terror hacktivist group of 12 individuals that are predominantly women. The group members are doing digital war against terror. How many pageant contestants do you know who are doing this?

Ms. Abdallat is part of a mission to shut ISIS down across the Internet worldwide and many terrorist sites have been shut down.

Technopedia.com defines hacktivism as "hacking a website or computer network in an effort to convey a social or political message." Via GhostSec, it is used to block terrorist activities. GhostSec uses hacking as an act of civil disobedience to right wrongs on the political and social landscape. First, they use official channels of hosting companies that do not permit terrorist activities, then they use hacks. They educate the public about their activities via social media, largely on Twitter.

How #ISIS #ISIL must feel the sting of being derailed by FEMALE hackers. #GirlPower #DigitalShadow #GhostSec

"Our mission is to eliminate the online presence of Islamic extremist groups such as Islamic State (IS), Al-Qaeda, Al-Nusra, Boko Haram and Al-Shabaab in an effort to stymie their recruitment and limit their ability to organize international terrorist efforts."

GhostSec is located online at www.ghostsec.org.

Not a Powerpuff Girl

Hackers Into the Dark Internet

The members of the group call themselves Ghost Security or GhostSec and while some consider them the newest girl superheroes of the world, they are not the Powerpuff Girls.

They are not pop characters, neither do they flaunt a tired and unobtainable beauty queen wish for world peace. In fact, the question for the 2010-2011 Miss Arab World was "Is the yolk of an egg yellow or white?" Several women left the pageant before they got to the lame question, feeling that the pageant was too shallow a contest.

Abdallat's hactivists have been associated with the hacker group called Anonymous. At least the two groups seem to retweet each other on Twitter and they may be working with additional groups.

Most importantly, the women hackers - and many men - shut down ISIS websites, Facebook accounts, blogs, and other online communications to eliminate the spread of terrorist information. They share as much as they can with the American FBI and CIA.

Pageant question: "Is the yolk of an egg yellow or white?" ...Some women left the 2010 Miss Arab World pageant, because they felt it was not representative of them and their countries. Some are now doing serious anti-terrorist work.

Social and Political Responsibility from the Arab World to the Globe

Ms. Abdallat is a professional fashion designer with her own company: Lars Vivid, which she has operated successfully since the autumn of 2012. She is also Founding CEO of Passion Advertising and Marketing, so she is quite a businessperson.

Addallat's father was born in Jordan, as was she; and her mothers was born Turkish-Syrian. Lara is Muslim, the only Muslim member of Ghost Security, and she fights against radical terrorism, even if it stems from a Muslim origin. She is concerned with freedom and saving lives, as well as harmony among Arab nations and the future of youth. These interests together make a plate full and overflowing with responsibility for this Millennial.

Lara and GhostSec, along with Anonymous and other hacktivist groups, continually take down ISIS sites and posts online in order to block ISIS recruitment of youth around the world, including America. When they can interrupt related organizational networks of ISIS, they consider this a big victory as well. If the supply of new recruits into the life of terrorist activities can be cut off, then the activities will hopefully wither.

Over 73 Jihad sites #offline due to #Anonymous attacks by #GhostSec & #AMCF.

Still Shots of Lara Abdallat from Her Fan Club

Active Military Personnel Numbers at the end of 2014, per GlobalFirePower.com:

The number of aircraft fighters in the major countries of the world tells a different store. The leaders are:

Nuclear Stockpiles Around the World

We hope that nuclear warheads will not be used and that war can be avoided in the ISIS case. According to www.ploughshares.org, the nuclear stockpiles of the world are: